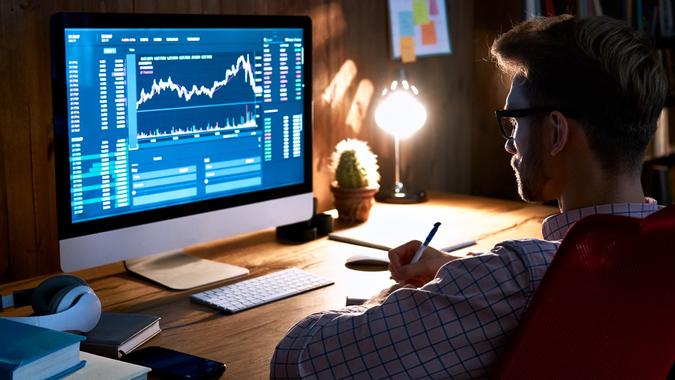 Nobody said Americans had to spend their COVID-19 stimulus checks on necessities like food, housing and utility bills (though many had no choice). Some have spent part of their stimulus money on investments in Bitcoin — and they’ve turned a tidy profit in the process.

An analysis by Cointelegraph found that since the first stimulus check was issued in April 2020, a “timely” investment of $3,200 worth of stimulus money into Bitcoin would have returned a total profit of $4,514 by the end of October 2021 — a gain of about 140%.

Cointelegraph arrived at the $4,514 figure by factoring in when average investors might have bought Bitcoin.

Explore: Second Bitcoin-Linked ETF Launches, Aims To Provide ‘Exposure to a Wider Audience of Investors’
Learn: Stimulus Money Could Cause the Stock Market to Plunge 15% by November

As GOBankingRates previously reported, the world’s biggest cryptocurrency has stabilized somewhat in recent weeks after a bumpy ride earlier in the year. Because of its long-term potential, you might not want to cash out Bitcoin when its price spikes. At the same time, you probably don’t want to put too much of your money into speculative assets like crypto. Financial advisors recommend confining crypto to no more than 5% of your total investment portfolio.