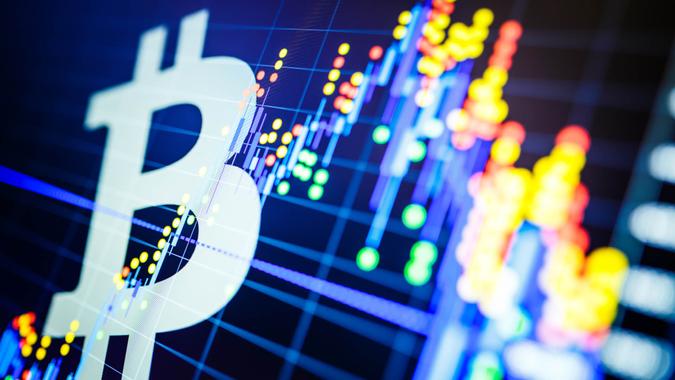 Ever heard of the “Sunday effect”? Lately, it seems every weekend, crypto values plummet – and it’s a trend with major ramifications for the future of crypto as a serious investing contender.

Investors and investment managers have anxiously been awaiting a decision from the Securities and Exchange Commission on the approval of Bitcoin exchange traded funds or ETFs, which would have to be traded on the “exchange” – in other words, on the stock market (and therefore, only during the hours the stock market is open). Right now, cryptos don’t have any such limitations and can be traded anytime.

“Should the price of Bitcoin abruptly plummet on a Saturday, investors in a Bitcoin ETF would theoretically be trapped in that fund until the market opens on Monday. Should it spike, they’d have to wait to trade for a profit,” Fortune reports. So an ETF could turn Bitcoin into a more mainstream option, but could also spell disaster for those trapped in the weekend holding pattern.

Investors eager to hear about that crypto ETF will likely have to wait for awhile. Several companies have filed with the SEC but the Commission has either rejected or delayed its decisions on many of them. VanEck for example, registered its ETF in March, and the SEC usually takes 45 days to approve or disapprove a filing. In a statement in April, the Commission said it was extending the period — which should have ended May 3– and pushed it to June 17. And WisdomTree, whose Bitcoin ETF was registered in April, saw its decision pushed to July 14 from May 30, according to an SEC notice.

The Financial Times reports that SEC chair Gary Gensler dampened hopes of a swift approval of bitcoin ETFs this year. In testimony before the House of Representative’s subcommittee on financial services last week, Gensler said “there are many challenges and gaps for investor protection in [crypto] markets,” according to the report.

See: 3 Common Crypto Myths Debunked
Find: Crypto Curious but Risk Averse? You Can Invest As Little As $1 – on Venmo

“Bitcoin going mainstream is a game-changer for the world of finance and is revolutionizing the way we view money in the economy of tomorrow,” David Grasso, Bold TV CEO, told GOBankingRates in April. “Still, I don’t think it’s any surprise that the government, specifically regulators, are proceeding with caution. Creating proper oversight is not an easy task and I do not envy those making those calls. Overregulation can distort markets and create serious consequences, while under-regulation can create systemic issues and fuel social problems,” Grasso added.