Teens Are More Knowledgeable Than Their Parents about Cryptos, Survey Says 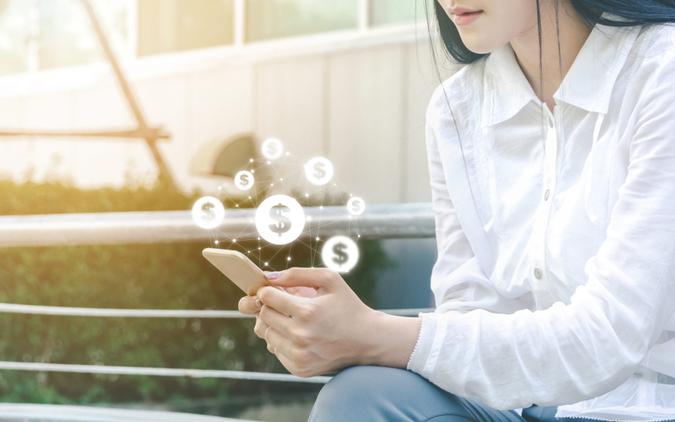 When it comes to cryptocurrency, many parents admit that their teens are quite knowledgeable, with half of them even saying their teens know more than they do, according to a new survey.

The Wells Fargo survey also finds that 45% of teens feel they know more than their parents about Bitcoin.

In terms of gender, the survey notes that teen boys are more likely to say they know more than their parents about Bitcoin, with 58%, compared to 33% of teen girls.

Peter Jensen, CEO of crypto payment processing company RocketFuel Blockchain, tells GOBankingRates that these findings are not surprising at all.

“Teens will drive crypto adoption in the whole country,” he says.

Jensen claims that if the U.S. goes the China way — develop a crypto version of the dollar — these teens, when they become young adults and if given a choice, will want their salaries deposited in a digital version to their wallets on their phones.

“Most of these kids don’t have a bank account and they don’t want fees, wire fees, overdraft fees, filing forms. Tech makes life easier,” he said.

Jensen also added that by the time these teens become adults, most merchants will be accepting cryptos, just like credit cards.

It’s important to note that the ease of use of certain trading apps, which make investing seem easy and fun through gamification, combined with social platforms including Reddit and TikTok have also contributed to this massive influx of young investors in the financial markets and their interest in cryptos.

“Social media has a profound influence on our younger generations. Those generations grew up with social media and often trust many of the platforms more than their parents do,” Mariana Martinez, family dynamics consultant with Wells Fargo’s Wealth & Investment Management group, says in a statement. “It is vital to establish solid and open communication, create a shared purpose and educate our children so that they are prepared for financial independence.”

See: Gen Z Teens Exceed Past Generations in Financial Literacy
Find: Never Too Early: A Parents’ Guide To Teaching Your Kids About Money

The survey finds that 45%  of teens said they were more interested in investing this year because of the GameStop social media situation, for example.

Jensen says he believes social media is a “good thing in general,” but not when it’s used to spread wrong or bad information.

“A lot of young people have FOMO and invested money, and lost a lot,” he says, adding that prices are pressured with no fundamentals behind them “and that’s when social media is used to deceive people into making decisions that have bad consequences. I don’t know how to fix this, but perhaps there is legislation needed in social media around investment advice.”