The Surge of Young Investors: Shocking Number Entered Market in Past 6 Months 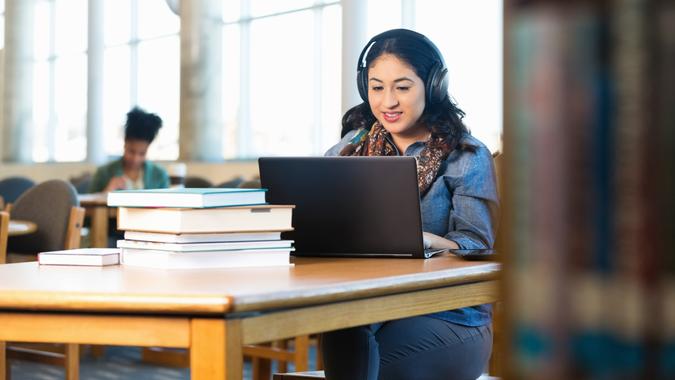 One of the most striking phenomena of the pandemic has been the rise of retail investors, who became savvier and more self-educated amidst economic uncertainties and market volatility. What’s even more surprising is the surge of younger investors who entered the financial market: A new GOBankingRates survey found that a whopping 71.96% of respondents in the 18-to-24-year age group who are currently invested in the stock market said they started investing in stocks and/or cryptocurrency within the last six months.

More: How To Invest in Stocks: A Beginner’s Guide

Andrew Murray, GOBankingRates content data researcher, says that the surge in young investors entering the market can be attributed to the introduction of easy-to-use investing apps such as Robinhood, as well as Coinbase for crypto, into the mainstream zeitgeist.

“When the news covers these apps, obviously you will see an influx of users of all ages, but I believe the investing community on Reddit really drove the bulk of new young investors to try their hand at the market and cryptos,” Murray says.

“Simultaneously we saw the rise of ‘meme stocks/coin’ like GameStop or AMC stocks and Dogecoin for crypto. These movements were almost entirely born online and led by young and even first-time investors,” he adds.

The sentiment is echoed by Peter Jensen, CEO of crypto payment processing company RocketFuel Blockchain, who tells GOBankingRates that digitally native financial services providers such as Robinhood know their audience well and are tailoring their offerings to attract younger investors.

Check out: The Best Trading Apps for New Investors: Robinhood and Beyond

“They make investing easy and even fun through gamification, encouraging them with conversational information and intuitive or familiar interfaces. Their message of ‘democratizing finance’ is appealing to younger generations and has driven millions of sign-ups, along with low barriers to entry,” Jensen says.

In addition to the ease of use, apps such as Robinhood allow retail investors to buy fractional shares. “Having the option to purchase a fraction of a share, rather than the full amount, makes investing possible for nearly anyone,” says Nishank Khanna, Clarify Capital CFO.

Other social platforms including Reddit and TikTok have also contributed to this massive influx of young investors in the financial markets.

“Financial influencers on TikTok and other platforms have gained a following among young people,” says Ann Martin, Director of Operations of Credit Donkey Credit Card Processing. “For better or for worse, their ability to synthesize information and advice has attracted the attention of young people who may otherwise not be interested in the potential of investments,” she adds.

Check Out: 5 Brands to Invest In, According to TikTok

Reddit also played a massive role, notably via the subreddit /Wallstreetbets, which young investors have flocked to. It’s set a new baseline for speculative investments, according to Alexander Voigt, founder of daytradingz.com.  “Young people go all in with every cent they have and speculate on massive gains in meme stocks,” Voigt says. “GME and AMC are gaining popularity for a few weeks again and climbing steadily. Even rumors of investing in NFT platforms and the potential of people returning to cinemas in case of AMC are enough to push the prices higher alongside the ‘hold the line’ mentality from Reddit forums.”

See: Why Is AMC All Over the Place? What You Need to Know Before You Invest — or Sell
Find: Experts Weigh in on 10 Top Personal Finance Topics Redditors Love To Debate

An additional factor to take into consideration is that a sense of belonging played a role in this surge.

“Participating in forums, YouTube comments and memes is what drives a lot of them as well,” says Adrian Volenik, Chief Editor of TopMobileBanks.com.

Another important factor is that these trading apps also enable younger users, or Gen Z – people born after 1997, to make investing accessible with little amounts of money.

A recent Schwab survey corroborates these findings, noting that the pandemic gave birth to a new generation of investors, as 15% percent of all current U.S. stock market investors say they first began investing in 2020. Schwab refers to this new group of investors as “Gen Investor,” (Gen I) and says that with found time and unprecedented change, “Gen I buckled down and started investing to build an emergency fund and gain an additional source of income.”

“We’ve seen tremendous growth and engagement among individual investors over the past year as a result of lower trading costs, new products and services aimed at greater ease and accessibility, and the investing opportunities presented by market volatility,” Jonathan Craig, Charles Schwab senior executive vice president and head of Investor Services said in the study.

Look: What $1,000 Invested In Stocks 10 Years Ago Would Be Worth Today
Learn: Every Stock That Warren Buffett Owns, Ranked

Another key finding of the GOBankingRates survey is that more than 50% in general of all survey respondents say they were driven to start investing and/or add crypto to their portfolio in the past six months. Steve Ehrlich, CEO of crypto trading platform Voyager Digital, told GOBankingRates recently that the rise of retail investors is an indication of how everyday people are taking control of their money, expanding their financial literacy, and looking for more ways to grow their wealth.

“It gives more people the chance to have access to financial systems that traditionally benefited accredited investors and institutions. Today’s fintech platforms offer the retail investor easy-to-use investing platforms at a low cost. On top of that, crypto trading specifically opens up a whole new world of opportunity for the everyday investor with a new asset class of investment vehicles,” Ehrlich told GOBankingRates.

However, some experts argue that while the democratization of investing and the influx of young participants is a positive development, distinguishing between speculation and investing is paramount. Robert R. Johnson, Professor of Finance, Heider College of Business, Creighton University says that the majority of these young participants are not investors — they are speculators.

“Many speculators in GameStop or the other meme stocks are trying to convince themselves that they are investors and that apps like Robinhood have democratized investing,” he says. “What these apps have done is democratized speculation, as many of the investors in Bitcoin or GameStop have no fundamental basis for making their decisions, they simply are investing because the asset is going up in value. There are so many corners of the current financial markets that are rife with speculation. One potential good outcome of the current trend toward speculation is that one learns by doing.”

More: Why You Shouldn’t Jump On Investing Bandwagons

However, he warns that while the democratization of investing is a “wonderful force,” what we are witnessing is the democratization of “speculating” and that is a dangerous trend. “They are not learning about how to value securities. They are not learning anything about investing. And my fear is that many will lose money, conclude that the markets are a game rigged against them and simply exit financial markets,” he adds.

Want to Educate Yourself About Investing? Here are Some Great Resources: