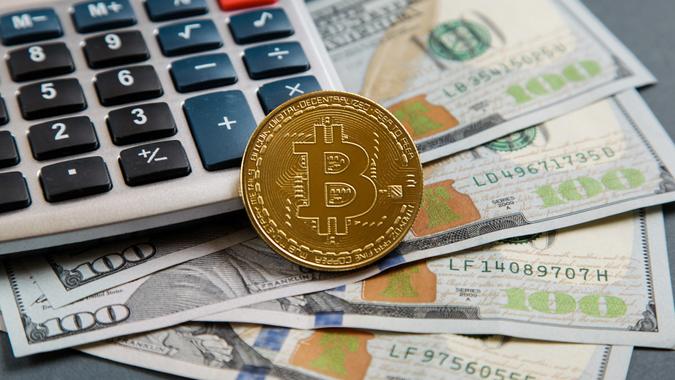 As the trillion-dollar infrastructure bill is expected to go through the Senate this week, crypto advocates have formed a sort of new Washington lobby in attempts to avoid a government crackdown on digital assets.

Those in the cryptocurrency space are ramping up advocacy efforts against a last-minute cryptocurrency tax provision tacked onto the Infrastructure Framework bill, CNN reports.

The proposed add-on would impose more federal regulation on cryptocurrencies and dramatically increase the number of crypto users who would have to report their filings to the IRS. A couple of days ago, the White House updated their fact sheet to state that the Biden administration is pushing for the “strengthening of enforcement when it comes to crypto currencies” in support of the new amendment proposed by Senators Mark Warner (D-VA), Kyrsten Sinema (D-AZ) and Rob Portman (R-OH). The amendment is being pushed by the Treasury Department and the Biden administration, according to Forbes.

Explore: Wall Street Favors These 12 Stocks Ahead Of Infrastructure Deal
Discover: 10 Programs in the Infrastructure Bill You Might Not Have Heard About

The largest issue in the battle between the crypto lobby and Washington was the amendment that would require cryptocurrency trading platforms and other entities defined as “brokers” to report digital asset transactions to the IRS. Biden’s administration included this provision as a way to raise revenue for his infrastructure projects, and to address long-running tax evasion, Politico adds.

The nature of digital assets lends itself easily to tax evasion, an issue for Washington since the currency’s inception. Since the seller and their location is not necessary to be disclosed, it makes the offshoring of assets easier for those wishing to make discreet transactions.

Washington claims that by necessitating brokers to report information like losses and gains, it can crack down on the intermediaries that might be creating unfair markets without affecting innovation or creativity. In a tweet, Senator Portman stated Monday afternoon that he had reached an agreement with Warner and Sinema — as well as Senators Pat Toomey (R-PA) and Cynthia Lummis (R-WY), who had introduced an updated amendment to the original that would narrow the scope of tax information reporting — on an amendment to clarify IRS reporting rules for crypto transactions without “curbing innovation imposing information reporting requirements on stakers, miners, or other non-brokers.”

I’m pleased to announce that Senators Warner, Toomey, Sinema, Lummis & I have reached an agreement on an amendment to clarify IRS reporting rules for crypto transactions w/o curbing innovation or imposing information reporting requirements on stakers, miners, or other non-brokers

Find: A Beginner’s Guide on How and When To Dive Into the Cryptocurrency Market
Economy Explained: Cryptocurrency: Breaking Down the Basics

Crypto advocates feel differently. Supporters immediately fought back against the provision, warning it would sweep in technology players that could not conceivably comply with the reporting rules, like developers and miners that act as intermediaries to confirm trades, according to Politico.