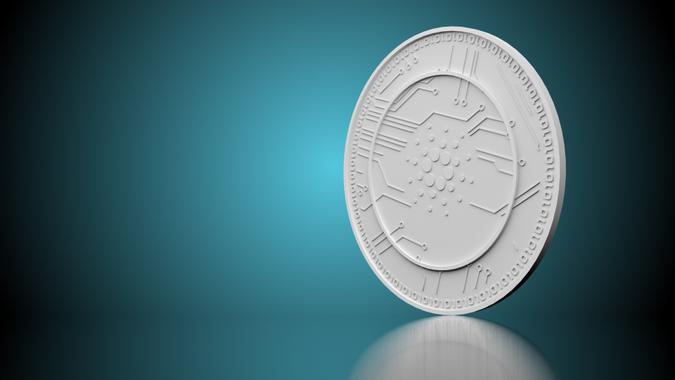 Given how financially turbulent 2020 was, even the keenest investors held their breath as they flipped their calendar to the years after.

However, a handful of companies rose to the occasion — and rapidly rose in price. One of the notable firms to watch is called Cardano. Here’s everything you need to know about this up-and-coming cryptocurrency platform.

Cardano is quickly making a name for itself in the competitive world of cryptocurrency, largely due to its unique process and technology.

Cardano is the first peer-reviewed blockchain to appear on the cryptocurrency scene. Before rolling out its protocols, the nonprofit responsible for Cardano assembled a team of scientists and other academics from various esteemed universities to review them extensively.

Another feature that sets Cardano apart from its competitors is its proof-of-stake technology called Ouroboros. This algorithm grants miners more mining power according to the amount of coin they own. Created as a less risky alternative to the energy-sucking proof-of-work algorithm, POS is the original consensus algorithm for blockchain technology.

As a third-generation cryptocurrency, Cardano also aims to improve upon the mounting issues associated with the first-generation Bitcoin and the second-generation Ethereum, POW being one among many.

As a result of its speed and rapid technological advancements, Cardano will soon process up to a million transactions per second. Hence Cardano is not only considered one of the most technologically advanced cryptocurrencies available but is also now the seventh-largest cryptocurrency overall.

To understand how Cardano works, it’s helpful to break it up into the blockchain’s layers. There are two components in any given transaction: the mechanism by which tokens are sent and the condition behind the moving tokens.

The first layer, called the settlement layer, allows users to send and receive ADA coins — ADA being Cardano’s coin. The second, or computation, layer allows users to create and enter into smart contracts.

The ideas behind Cardano were conceived by founder Charles Hoskinson in 2015, but the first version wasn’t shipped until September 2017. It named its cryptocurrency ADA — after the programmer Ada Lovelace — and also launched its official desktop wallet.

This era centered on improving the underlying performance of Cardano’s network to better support high transaction volumes. As of March 2021, this is the company’s current stage.

Finally, in the Voltaire era, the Cardano team envisions the transformation of Cardano into a truly decentralized and self-sustaining system, put in the hands of its community. A treasury system will fund all future development.

The short answer is maybe. Cardano, like all cryptocurrencies, is highly speculative, so it’s important to understand the risks and know what you’re getting into before you buy. Here are the most significant factors that may influence your decision:

Cardano currently has a trading volume of 2.344 billion and a fully diluted market cap of around $40 billion. Out of a maximum supply of 45 billion coins, about 75%, or 33.64 billion, are currently in circulation.

On March 1, 2021, Cardano launched its “Mary” protocol update, designed to turn the company into a multi-asset network similar to Ethereum. Mary also allows users to create non-fungible tokens. These are increasingly popular and valuable digital representations that prove authenticity and ownership.

In December 2021, Cardano reached an important milestone when it processed its 20 millionth transaction, according to CNBC TV.

Whether these bright spots point to Cardano reaching its own forecast price point of $4.11 over the next five years depends on many factors, some of which are outside of Cardano’s control — the regulatory environment, for example. Trading platform eToro said it would remove Cardano from its platform because of regulatory concerns, CNBC TV reported.

Cardano now has staking rewards. These allow ADA holders to earn interest in addition to their market price gains. The company even provides a staking calculator, which can help predict your future awards if you delegate your stake to the same pool over 365 days.