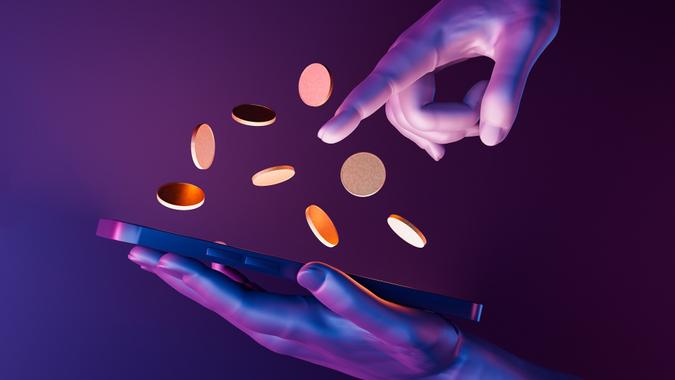 Polkadot is a relatively new cryptocurrency quickly gaining popularity. Bitcoin still tops the list for cryptocurrency and isn’t at risk of being dethroned anytime soon. But polkadot is rising in rank and threatens other high-ranking cryptocurrencies like ethereum.

Whereas a banking network is a centralized system, where a central bank oversees the banks farther down the network, blockchains are decentralized — there is no centralized oversight. In addition, banks are highly regulated by the government. Blockchain, on the other hand, is, at least for now, mostly unregulated, leaving it vulnerable to exploitation by criminals who use it to transfer money undetected.

Banks’ centralized networks make them easier to hack than blockchains, but your money is generally safe in a bank. That’s because the Electronic Fund Transfer Act makes banks responsible for losses due to fraudulent transfers. Your cryptocurrency wallet has no such protection, and because transactions are anonymous and irreversible, it’s unlikely that you’d recover your cryptocurrency in the event it was stolen.

However, there is a charge for each task with on the Ethereum network, so the cost of more complex transactions adds up quickly. And Ethereum has only one “lane” for transactions, which can lead to network congestion.

Polkadot is different because it offers parachains, short for parallel chains, which are series of connected blockchains. Polkadot is thus a “multichain” consisting of blockchains running alongside one another in a way that speeds up transactions. Having multiple lanes to complete transactions leaves less chance for network overload.

Polkadot has captured the attention of Europe’s largest telecom company, Deutsch Telekom, which has a history of supporting blockchain technology, according to CoinDesk. Its subsidiary, T-Systems Multimedia Solutions, has already purchased a significant amount of DOT and will provide infrastructure to users who stake assets on Polkadot — “staking” being a process for verifying crypto transactions.

When it comes to bitcoin and ethereum, investors often have to buy fractions of coins based on their value. Polkadot, which currently trades at $8.76, is more affordable, making it a more enticing purchase.

As cryptocurrency becomes more popular, upstarts like Polkadot will take some of the market share from major players like bitcoin and ethereum. Ethereum easily beat bitcoin in growth in 2021. However, many investors are turning toward up-and-coming blockchain networks that provide alternatives to Ethereum — “Ethereum killers,” as some have dubbed these newcomers.

As an investor, you have the most to gain, albeit at greater risk, from investing in a budding new cryptocurrency opportunity that shows a lot of potential.

In August 2020, Polkadot hit the market with a value of $2.69. As of June 10, it’s over $8. While significantly lower than it’s highest-ever price of $53.98 last November, the current price represents a nearly 240% increase in value in less than two years. This growth is enticing to investors looking to see a return on their investment.

Polkadot was created by Ethereum founder Gavin Wood and introduced in 2016 via a whitepaper. As a newer cryptocurrency, it has little track record for comparison, which makes it significantly riskier. Other risks include:

Polkadot is still very young. If you like taking risks, your investment could pay off big in the long run. But it could also go bust if a newer, better technology comes along and overtakes Polkadot.