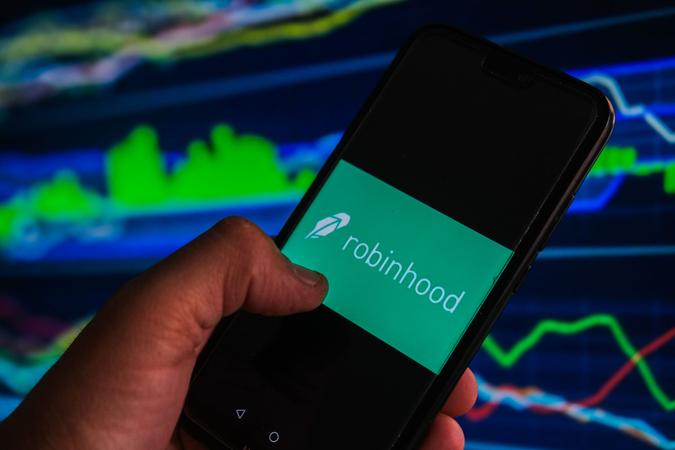 The crypto world is evolving at lightning speed and regulatory frameworks are trying to keep up the pace. Because of loopholes, ever-evolving laws and lack of international regulation, this has led to some confusion and legal troubles for a slew of new firms involved in cryptos. In turn, many are increasingly finding a way around it: Hiring former regulators to help them keep the law on their side as much as possible.

See: Cryptocurrency: Breaking Down the Basics
Find: Lessons From Regular People Who Own Crypto

Some observers say these appointments are akin to the Wall Street-Washington, D.C. “revolving door,” while others see this phenomenon as a welcome sign, reflecting the maturation of the crypto industry, which will ultimately lead to more transparency.

These appointments also come with a hefty price tag for companies.

Take Robinhood for example. In May 2020, the company hired former Securities and Exchange Commissioner Dan Gallagher as their chief legal officer to “oversee all global legal functions including corporate counsel, regulatory counsel, and product counsel,” according to a statement at the time. Gallagher was no stranger to the company as he had been a board member since October 2019.

In its S1 filing filed earlier this month, in which Robinhood Markets made public the prospectus of its much-anticipated initial public offering, it was revealed that Gallagher received $30.1 million in total compensation, which includes salary, bonus, stock and options awards.

“The craziest stat in the entire Robinhood S1 is their $30 million payment to former SEC head Dan Gallagher,” Blockworks co-founder Jason Yanowitz tells GOBankingRates. “Corporates are doing anything they can right now to win over regulators.”

Yanowitz says that the close contact between regulatory veterans and crypto “resembles the Washington to Wall Street connection that has helped shape the industry.”

GOBankingRates reached out to Robinhood, but the company declined to comment publicly.

The B Word: Elon Musk: ‘I Lose Money on Bitcoin’ But Tesla Likely to Accept It as Payment Again
Find Out: How Does Robinhood Make Money? What You Need To Know Ahead of Its IPO

“Since their birth, digital assets and the businesses associated with digital assets have been under significant scrutiny by both investors and regulators,” Geffner says. “As industry leaders in the crypto community have advanced from the herd, they continue to institutionalize their businesses and strengthen their operations and compliance protocols. Hiring legal counsel, either internally or externally, with regulatory experience, adds to the technical arsenal and reputation strength of these businesses.”

Asked about whether Gallagher’s $30 million compensation is in line with others in a similar position, he said he didn’t know, “but the position is fraught with risk and can be a career killer so it will only attract with high reward.”

“The fastest way to become mainstream is to secure legislative and regulatory approval — and these are the folks who can help the crypto community get there. It’s another sign of the maturation of the novel technology and a bullish signal for investors,” Edelman tells GOBankingRates.

GOBankingRates also spoke with William Callahan, a former Special Agent in Charge with the U.S. Drug Enforcement Administration, who now serves as Director of Government and Strategic Affairs for Blockchain Intelligence Group, a global blockchain intelligence company. Callahan says that the hiring of former U.S. regulators, prosecutors and law enforcement officials in the crypto industry will ultimately lead to wider acceptance of cryptocurrency by building trust and transparency.

“With the current absence of clear regulatory rules in the U.S. and around the world, I believe these hires, many of whom were in government during some of the biggest bank scandals, can guide crypto companies, investors, and their boards through the risks associated with this new financial landscape.” Callahan, who oversaw narcotic money laundering investigations, including the trafficking of drugs over the dark web in cryptocurrency, says that former government officials bring a wealth of knowledge and operational experience that does not currently exist at the levels needed by the cryptocurrency and blockchain industry.

“The hiring of former regulators, prosecutors, and law enforcement officials is indicative of a maturing industry, an industry which is redefining cross-border payment, economic opportunities, and the transfer of value. Our oath to protect and defend the United States did not end the day we left government service, we continue to defend against illicit actors, terrorist financiers and money launderers who seek to operate in the crypto industry as they do in the traditional fiat banking industry.”

Learn More: How Does Cryptocurrency Work – and Is It Safe?
Find Out: Have Musk’s Crypto Tweets Become Obsolete for Investors?

Other recent examples of such appointments involve NYDIG, the Bitcoin subsidiary of Stone Ridge, which hired Benjamin Lawsky, who served as New York State’s first superintendent of the Department of Financial Services from 2011 to 2015.

“He’s the regulator who created New York’s BitLicense, and then received their BitLicense approval less than one year after Lawsky’s hiring,” Yanowitz says.

The move indeed raised eyebrows at the time. Coindesk reported that “the controversial BitLicense has been issued sparingly since its introduction five years ago. Less than half a dozen were issued in its first three years, and though the rate of distribution ramped up across 2018 and 2019, only 25 companies hold one today.”

And most recently, increasingly embattled Binance appointed Brian Brooks as the CEO of its US subsidiary, Binance US, in May. Brooks was previously Acting Comptroller of the Currency until January 2021 under former President Donald Trump.

Last week, Coindesk reported that Binance is looking to hire “a U.K. version of Brian Brooks … in order to lend the brand some compliance clout as global regulatory pressure mounts on the world’s largest cryptocurrency exchange operator.”

Jumping Ship: Dogecoin Co-Founder Says He’s Done with Cryptos, They Don’t ‘Align With His Belief System’
Is Doge a Don’t?: Dogecoin’s Highs and Lows: Is It Still Worth an Investment?

Binance is currently facing a slew of legal issues, from class-action lawsuits to being banned in certain countries. Last month, the U.K.’s Financial Conduct Authority — the country’s financial regulator — banned affiliates of crypto exchange Binance from operating in the country. This came on the heels of the exchange being investigated in the U.S. by the Internal Revenue Service and the Department of Justice. In addition, leading Italian independent law firm Lexia Avvocati — in collaboration with the Swiss Blockchain Consortium — was commissioned by a group of Italian and international investors to launch a legal initiative against the cryptocurrency exchange Binance.

Francesco Dagnino, managing partner of the Italian law firm Lexia Avvocati, tells GOBankingRates that after having communicated the initiative undertaken against Binance, the firm received “an impressive number of requests from all over the world from investors and investors’ groups who want to join our legal initiative against Binance.”

“I am not referring only to Europe. There are also investors coming from countries like Canada, Australia, United States, India, South Africa, Mexico, Singapore and others. All investors have the same experience regarding the mismanagement of the platform, regardless of where they come from. These irregularities relate also to cases that are not strictly connected with derivative trades,” Dagnino added.

GOBankingRates reached out to several Binance spokespeople who didn’t respond at the time of writing.

Luigi Di Benedetto, founder of the Italian Blockchain National Observatory, who is familiar with the Binance lawsuit, tells GOBankingRates that the cryptocurrency sector has been seeing exponential growth of projects and capital for the last four years, from private citizens around the world, but also from traditional funds, banks, multinationals and institutions. A very important part of this market is represented by the exchanges where they allow easy entry and exit of capital in the different projects, he says.

“This ease, which makes this market more and more accessible month after month, has led small and medium-sized exchange startups to exchange billions a day, many times without having an adequate technological base to manage the massive flow of users at the same time. Add to this the fact that the regulatory infrastructure in different countries was not fully ready to regulate such a complex industry, and on the other hand startups and incumbent companies were busy solving problems such as their own technological scalability without many times worrying about the regulatory aspect of the industry, in a world where every country is issuing its own rules,” Di Benedetto explained.

See: Global Scrutiny on Binance: Following IRS Investigation, Now the UK and Japan are Banning the Exchange
Find: Why Is Crypto So Volatile?

In all this frenzy and confusion, many of them have taken advantage of [the situation] to protect themselves and take advantage of the strong volatility of the markets to the detriment of the users, violating protections and rights of their own users, he adds.

“They should be collaborating with supervisory bodies and states for the creation of industry standards for the protection of all. This is also to avoid European bans by banks and credit institutions, as well as lawsuits such as those that several organizations in Europe are initiating toward Binance, such as the class action initiated in Italy by the law firm Lexia Avvocati in collaboration with the Swiss Blockchain Consortium. Only this can bring healthy growth and confidence to the entire sector in the coming years.”