Why Women Are Hesitant To Invest in Crypto — Should They Be? 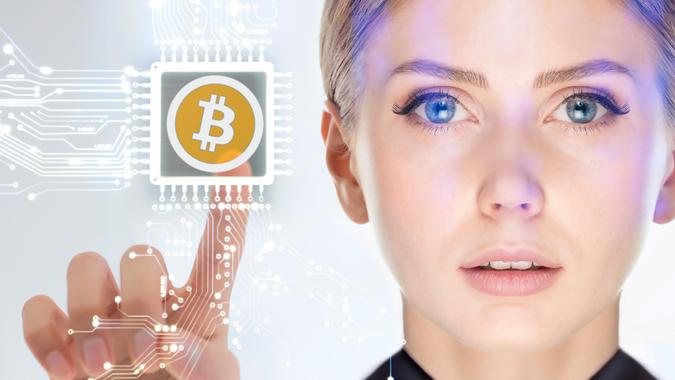 In the summer of 2021, CNBC reported on cryptocurrency’s “big gender problem.” Despite the fact that crypto culture was built on democratizing money and leveling the financial playing field, women were mostly on the sidelines of the Bitcoin boom. There already was an existing gender gap with traditional investments such as stocks and ETFs, but this was more pronounced: Men were investing in crypto at twice the rate of women.

Cash App Borrow: How To Borrow Money on Cash App
Also See: Best Cities To Retire on a Budget of $1,500 a Month

According to a new study from GOBankingRates, just 15% of women invest in crypto, compared to a little over 38% of men. That’s a little more than double, just about the same as last summer, when it was 7% of women and 16% of men.

So, what’s holding women back?

The results of the study shed light on the reasons that women have been so much more likely to avoid crypto investing than men. GOBankingRates asked the experts to address those concerns and share their insight on what it all means.

Both men and women who avoid crypto were most likely to pass because they don’t understand it — more so among women by a margin of 63% to 51%.

While that’s certainly understandable, several of the experts who spoke with GOBankingRates said the crypto market is no more complex than the stock market and that if you really want to learn, there are a million and one trusted sources of information.

The most common recurring theme, however, was that you don’t have to be a mechanic to drive a car.

“It is easy for an outsider to look at the cryptocurrency market and say that it is difficult to understand, so therefore I can’t use it,” said Travis Bott, CEO and founder of Meta Labs Agency and a leader in the Web3 and NFT space. “That would be like saying, ‘Unless you understand the entire global banking system and central bank, then you can’t use your dollars to buy your coffee.’

“It is not difficult. It is new — and people will always be resistant to something new. They were with the internet, they were with cellphones; and now, in most cases, those two things rule our lives.”

It’s Too Volatile and They Don’t Trust the Security

Women are half as likely as men to avoid crypto because they’re turned off by its notorious volatility — but still, the big, scary price swings keep 16% of women on the sidelines.

“It is incredibly volatile all right, but that doesn’t mean it has no future,” said Adam Garcia, founder of The Stock Dork. “On the contrary, crypto’s — especially Bitcoin’s — short but telling history has shown already that it works best as a long-term investment. That’s exactly where its volatility can hurt you the least, and where it turns into an asset. And if you look at it from the standpoint of Bitcoin’s finite supplies, it does make sense. Even after it nosedives, as it just did, it always manages to recuperate and gain value precisely because it has managed to earn trust.”

One in four women doesn’t trust crypto’s security, compared to about 30% of men. While the concerns are justified, crypto itself is as close to impenetrable as any investment could be — it’s the mechanisms for storing and moving it that are vulnerable.

“In theory, blockchain is the safest technology there is,” Garcia said. “But the vulnerability lies with wallets and exchange platforms. Still, you can get pickpocketed on your commute, too, or fall victim to an ATM scam. So, yes, crypto isn’t completely safe. But then again, no asset ever was.”

Women Are Leery of Unregulated Investments — for Good Reason

Close to the same percentages of women and men — about 17% and 19% — avoid crypto investing because it’s unregulated. It’s a difficult point to argue.

“With regards to cryptocurrencies being under-regulated, we would agree,” said John Sarson, founder and CEO of cryptocurrency education and marketing firm Sarson Funds. “Investor protection laws need to be passed around cryptocurrencies. Insider trading and market manipulation are two areas that the SEC should focus on. Both of these practices should be illegal, and they’re currently not.”

The good news is that most of the experts who spoke with GOBankingRates think change is on the horizon.

“The latest crypto crash has made investors rightfully wary,” said Clemens Rychlik, director of operations at the tech marketing firm Bourbon Creative. “And that’s a good thing. Regulators are still playing catchup, but legal frameworks for the crypto space are already on their way, such as Europe’s MiCa regulation. This will help in making crypto more mainstream.”

About one in five women — and a similar 18% of men — don’t have faith in cryptocurrency’s prospects for a long-term future. No one has a crystal ball, but the experts on the inside seem to agree that Bitcoin’s claws have burrowed in too deep to ever be excised.

“The underlying technology is a better system for monetary accounting and, eventually in some form or fashion, will be adopted by every government in the world,” Bott said. “That doesn’t mean that all cryptocurrencies will survive and be viable. Not every internet company or cellphone company survived either.”

If anything, it’s yesteryear currency that’s on the decline.