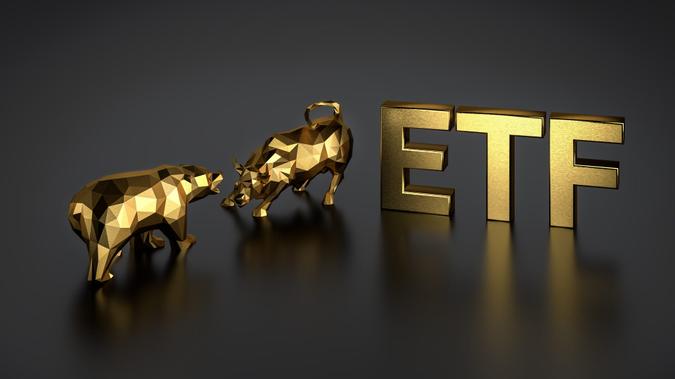 Goldman Sachs Asset Management (GSAM) announced the launch of the Goldman Sachs Future Tech Leaders Equity ETF, listed under the ticker GTEK on the New York Stock Exchange. Barron’s reports that the new fund seems to be set to take on Cathie Wood’s Ark Invest in the market for innovation-focused exchange-traded funds.

See: 5 Things Most Americans Don’t Know About Social Security
Find: What To Do If The IRS Child Tax Credit Portal Isn’t Working

In the fund prospectus, GSAM said it believes “there is a disconnect between where investors are positioned in technology companies today and where we see the best potential investment opportunities over the next decade. The Goldman Sachs Future Tech Leaders Equity ETF invests in technology companies with market capitalizations of less than $100 billion, seeking to give investors exposure to the next generation of potential tech leaders.”

The fund’s top three holdings are Marvell Technology, MercadoLibre and Hubspot, according to the fund’s prospectus. In addition, the fund is heavily weighted in the IT sector (72.2%), followed by communications services and consumer discretionary sectors.

The new fund is reminiscent of the popular ARK ETFs created by Wood, and in particular, the ARK Innovation ETF (ARKK), a fund with about $25 billion in assets, Barron’s reports, adding that there are, however, clear points of differentiation. These include that the Goldman fund is targeting small-cap and midcap stocks, which rules out some names in the ARK fund, which has almost 10% of its assets in Tesla, as well as the fact that it intends to cast a wide net, with nearly half of the holdings in companies based outside the U.S., and 25% to 35% in emerging markets, according to Barron’s.

“With almost a quarter of S&P 500 market capitalization in the top 1% of stocks, many investors are overexposed to mature U.S. mega cap technology companies,” Katie Koch, co-head of the Fundamental Equity business within Goldman Sachs Asset Management, said in a statement. “We believe the dominant tech franchises in 10 years will be very different from the platforms we all know today. We are working diligently on behalf of our clients to try and identify future tech leaders with robust growth rates and the potential for outsized returns.”

See: The 8 Best Deals From Costco’s September Coupon Book
Find: Here’s Exactly How Much Savings You Need To Retire In Your State

Being at the forefront of technological innovation is critical to success in a digital world, where the pace of change continues to accelerate, according to GSAM. Most of the innovation seen in tech over the past few decades has been concentrated in the US and centered around a few companies, Sung Cho, portfolio manager of GTEK, said in the statement.

“But we believe we’re at a key inflection point, with tech innovation expanding to other geographies and down the market capitalization spectrum.”