How To Start Investing and Win Big, According to WallStreetBets’ Founder Jaime Rogozinski 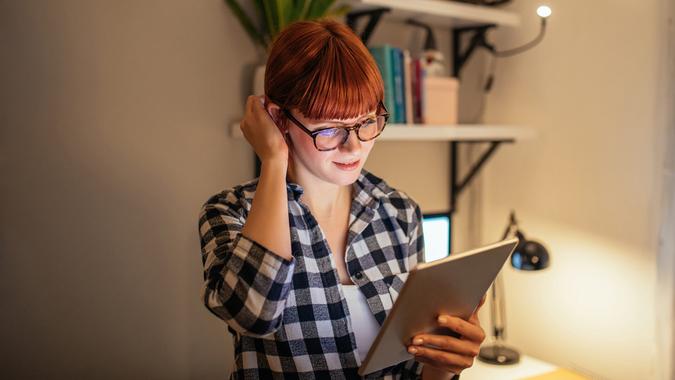 One of the most striking phenomena of 2020 and early 2021 has been the rise of retail investors, who became savvier and more self-educated during the pandemic, amidst economic uncertainties and market volatility. And what’s even more surprising is the surge of younger investors who entered the financial market, thanks partly to the rise in popularity of trading apps and social platforms, one of which is WallStreetBets.

Jaime Rogozinski founded Reddit’s sub-thread WallStreetBets in 2012, which he describes as “a movement that aims to empower the “little guy” investors of the world against unaccountable financial institutions.” The Reddit board helped spark a meme-stock phenomenon and saw a dramatic surge in value.

From the meme-stock craze to the crypto one, WallStreetBets has been a strong source of information for many investors dipping their toes into the financial world. And earlier this year, Rogozinski upped the ante, launching the Insider Portfolio, a portfolio that takes a look into popular trading strategies of politicians.

Speaking on the Live Richer Podcast, Rogozinski, who is also a published author, serial entrepreneur and public speaker, spoke about his newest project tracking trades by members of Congress, investing fears, how to start investing and what to do if you lose money on trades.

The way the Insider Portfolio works–mirroring the trades members of Congress make–is rather straightforward, he said, calling their investing strategies’ results “spectacular.”

“I think it was…100% year-over-year with 10% drawdown,” Rogozinski said. “It’s just impeccable and we haven’t yet pulled the stock options or these derivatives into it, because it’s a little bit more complicated to track…If you know anything about stock options, Congress is extremely talented with those and they’re difficult to work with because not only do they have to guess the direction of the stock, they have to guess the magnitude and the date by which it’s going to go up. Congress is able to really pull that particular knowledge or skillset very effectively. As soon as we’re able to copy that, we will be able to.”

According to Insider’s financial documents, the portfolio of investments aims to replicate the publicly disclosed stock holdings of U.S. Speaker of the House Nancy Pelosi and her husband, Paul Pelosi.

In terms of what one should do to start investing, his advice is also pretty simple and boils down to “just do it,” while acknowledging that investors should be aware of their risk –and emotional– tolerance.

With the current volatility in the markets, he explained that these are the moments when “you can really catch some action,” but tempers the statement by saying that he advises using small amounts as it’s a “risky” market.

“You want to put a sweet spot amount of money [in]. You don’t want to make it small enough so that you don’t care if you make money or lose money because you want to try and learn. You don’t want to make it big enough so that you’re nervous and… just more freaking out. You find a spot that say[s], ‘all right, well here’s a hundred bucks. I can afford to lose that and it’s going to suck if I do, but it would be sweet if I could turn that into 200 bucks, right?’ If somebody has more money, then that can be maybe a thousand dollars. It’s different for every person,” he said.

Rogozinski also explained that the emotional component of trading is not something to overlook, as it can play tricks on you. For example, if your win is so big that it’s got an emotional component, it doesn’t matter how much the win is, he said.

“You take that money out and you stop because it’s that emotional component. You become dangerous after that. Same thing if you take a loss. It’s like on poker, you go on tilt, and if you have a big loss you just start being reckless or whatever and you’re trying to make it all back and then you say screw it. I don’t care. I’ll just go all in,” he said.

The trick of day trading is you do it enough so that there’s no emotional component, he explained, adding that if you have an objective and a plan laid out, then it doesn’t matter how much money you leave on the table.

In terms of the crypto space, he said that while he owns some coins, he doesn’t really trade crypto and that while the value of these coins is going to go up in the long-term, in the short-term they’re extremely volatile.

“So don’t invest in crypto if you’re needing to use that money right away. Invest in crypto if you’re going to need to use it whenever down the line, 10 years or 20 years down the line,” he said. “Look, it’s easy to get enamored by these success stories. These people bought these NFTs and sold it for millions and just have their life figured out. If that’s what you’re trying to do, then that’s fine. Just realize that that is a risky endeavor. You may end up hitting the jackpot. There’s a lot of jackpots to be made right now, but the risk and return profile are one and the same thing.”

Rather, he is really bullish about the technology that crypto’s offering, such as decentralized exchanges, including the one he is advising, WallStreetBets Decentralized Application, (dapp) which takes advantage of crowdsourced information and takes “aim at the structure of fees and market manipulation that has allowed large financial institutions to consolidate power and widen inequality for decades.”

Looking toward the future of investing during inflation, Rogozinki believes it’s all about taking the leap regardless of what the world is going through.

“When the markets go down, they’ll eventually go down, we don’t know when that’s going to be, but just go with the flow. That’s the advice I give people,” he said. “Go against the grain. You can lose so much money with trying to pick the top or pick the bottom than you can just skimming money along the way.”