6 Family-Friendly Suburbs and What It Costs To Live There 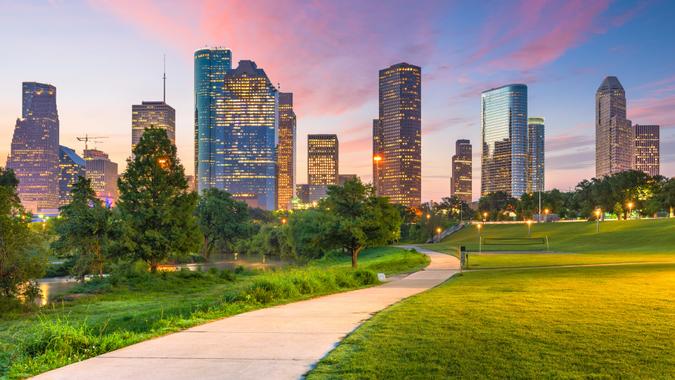 If you are raising a family, you probably want a nice, family-friendly place to lay your roots. Suburban areas are often a go-to as they tend to have quiet, safe neighborhoods and excellent schools.

See: 40 Cities That Could Be Poised For a Housing Crisis
Find Out: 35 Surprising Cities With Low Costs of Living

However, many families look for these qualities, and that can drive up costs. So before you mentally commit to that picturesque suburb with pristine walking trails and top-notch schools, you may want to be aware of just how much it will cost to live there. After all, if the cost of living is not manageable for your family, your new dream home may become a bit less dreamy.

Let’s take a look at some notable family-friendly suburbs and how much it costs to live in each of them.

Just north of Indianapolis is Carmel, with a population of just over 100,000. The town only has one high school but has three middle schools and 11 elementary schools. Carmel has topped many “best of” lists, including best place to raise a family and best place to live. Residents have access to a number of attractions, including a farmer’s market, a performing arts center and plenty of shopping.

The overall cost of living in Carmel is higher than average although still manageable for many.

Powell, Ohio, is a smaller suburb that sits to the north of Columbus in Delaware County. Powell has one high school and one elementary school. The school district of which it is a part of received the state of Ohio’s highest “excellent with distinction” rating in 2020.

Jim Lesinski, regional general manager at Opendoor, highlighted some of Powell’s other strengths. “Home to the Columbus Zoo and Aquarium as well as the highly-rated Olentangy school district. Powell has prioritized its economic and business development without sacrificing its small town feel with plenty of parks, bike trails, and community events.”

Discover: Budgeting 101: How To Create a Budget You Can Live With

Denville Township is 35 miles west of Manhattan and you can reach the bustling city center in a little over an hour. But Denville is quiet, safe and features a small-town downtown with several storefronts. With just over 15,000 people, the area has several large parks and highly rated public schools. In addition, it has excellent access to transportation, including the New Jersey transit rail service.

Perhaps unsurprisingly, its geographic location means the cost of living can be quite high.

More: 50 Cities Where It’s Cheaper To Buy a Home Than Rent

To the northwest of Houston is Tomball, located in Harris County. Its cost of living is still reasonable, and its downtown features quirky joints such as a chocolate and barbecue restaurant and a juicestillery. Tomball also has an abundance of good schools with eight elementary and three high schools a part of its public school system. It also has several private schools.

In addition, it has a public library and no shortage of walking trails. Lastly, its median home price is one of the lowest on this list.

Peachtree City is about a 40-minute drive away from Atlanta and is the largest city in Fayetteville County with just under 35,000 people. The area has seven public schools and three high schools, plus six private schools. It is also home to Clayton State University and Point University.

One unique feature of Peachtree City is it has golf cart paths that connect residents to almost any part of the city. There is plenty of shopping, biking and hiking trails, and restaurants.

Much like suburbs near New York City, one shouldn’t expect costs to be low in a ‘burb near San Francisco. Indeed, living in Walnut Creek isn’t exactly affordable, though it is certainly a nice place to live. You can find good schools, good food and all of the things you’d expect from a suburb close to Silicon Valley.

It is also close enough to San Francisco that it has two Bay Area Rapid Transit (BART) stations. Plus, Walnut Creek has plenty of bike trails that serve as a viable form of transportation within the town. And it’s a great place in general for the outdoorsy types — it has more open space per capita than any other community in California.