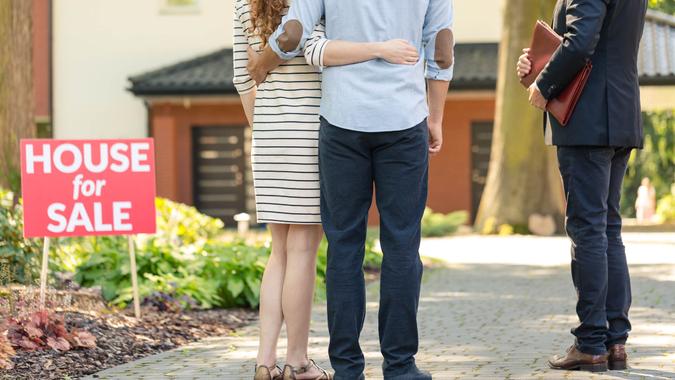 The real estate market has been booming throughout the pandemic, with demand far outpacing supply. The ability to work from anywhere has spurred some buyers to purchase homes who hadn’t even thought of moving pre-pandemic, but it’s also caused delays in homebuying plans for those who lost jobs or had their work hours reduced — especially as home prices have been soaring. Overall, 60% of Americans have changed their moving or buying plans as a result of the pandemic, a survey conducted by ImproveNet found.

Here’s a look at exactly how homeownership plans have changed for so many Americans, and what role the COVID-19 pandemic has played in all of this.

Read More: There’s a COVID Housing Boom – and It’s Totally Different from Any We’ve Seen Before

The coronavirus pandemic has spurred nearly one-third of Americans to buy a home even if they were not considering it before or to buy a home sooner than they previously planned for, the ImproveNet survey found.

“It’s hard to say exactly why this happened and the reasons may vary for different people, but we suspect that all the change and uncertainty of the pandemic left people craving stability and a sense of being rooted,” said Noah Mishkin, founder and chief operating officer at ImproveNet. “It’s also possible that the pressures of the pandemic forced people to clarify their values: where they want to live, who they want to be near, what kind of community they want to be in, etc.”

On the other hand, nearly one-quarter of Americans who had plans to move before the pandemic put these plans on hold or delayed their planned move.

“It’s likely that most people who paused or slowed down moving plans did so for financial reasons,” Mishkin said. “In the event of job loss or perceived job insecurity, it’s hard to make big changes, particularly if those changes might have involved a domestic upgrade of some sort, like moving to a bigger home or more expensive area.”

Take a Closer Look: The Pandemic Housing Market in Every State

Many millennials and Gen Zers who had been saving up to buy their first homes have been negatively affected by the pandemic, more so than other generations, the survey found.

“Younger people’s savings were more affected because their savings have had less time to mature, both in terms of them being disciplined over time and accumulating the actual savings,” Mishkin said. “Also, on average, younger people make less money, so a financial crisis will more quickly cut into their intended savings. They just have less of a cushion built up.”

See: How the Coronavirus Pandemic Is Affecting Renters vs. Homeowners

For younger generations, access to nature, proximity to family and indoor space became top priorities when considering what homes to purchase. That could explain why more millennials and Gen Zers considered purchasing homes in suburban areas as opposed to only looking in urban areas.

“It’s likely that more people are looking to homes in the suburbs for all kinds of new space, both indoor and outdoor,” Mishkin said. “And, while cities tend to be more populated by young people and singles, families tend to be in the suburbs, so there’s an additional attraction there — to be closer to people you love when everything feels so threatening.”

Be Careful: 50 Housing Markets That Are Turning Ugly

It’s not just millennials and Gen Zers who are looking at suburbs in a more favorable light due to the pandemic. The survey found that overall, over one-third of city dwellers said they value suburban living more than before the pandemic. Interestingly, however, 86% of those surveyed believe that cities will return to normal — or at least mostly normal — at some point post-pandemic.

“We think cities will be attractive long-term, but there will be an adjustment period in the meantime,” Mishkin said. “They may fall out of favor for some years. People will want to feel that we’ve fully recovered from this pandemic, and that we’re secure in dealing with future pandemics, before cities will be in high favor again.”