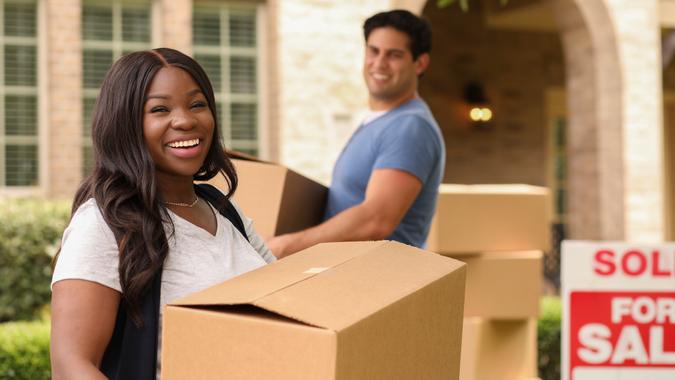 Americans might be more tempted to move now that remote work policies seem to be ingrained in the new work culture. Moving company Penske said that rental truck demand was incredibly robust in 2021, a trend that continues in 2022.

See: 10 Kitchen Renovations That Will Hurt Your Home’s Value
Find: 20 Genius Things Mark Cuban Says To Do With Your Money

But where are Americans moving to?

In its annual Top Moving Destinations report, Penske — which compiles analyses of one-way consumer truck rental reservations — noted that most of the moves in 2021 were into the Sun Belt region.

The top spot for 2021 was Houston, Texas, which is “known for its mild winters and contributions to space exploration,” according to Penske.

Three other major metro areas of Texas made the list, including Austin, Dallas and San Antonio. The survey also found that after a seven-year hiatus, Chicago checked back in to fill the No. 10 spot, and Charlotte, North Carolina, reemerged in the No. 4 spot after a break since 2018.

Penske added that Phoenix, Houston and Orlando have consistently remained in the top 10 since the list’s inaugural year.

It’s also interesting to note that the pandemic did not stop a decline in the nation’s mover rate, which, in 2021, was at a new historical low over more than seven decades, according to recent Census Bureau data. Indeed, in 2021, 8.4% of people had lived in a different residence one year before, down from 9.3% in 2020.

The pandemic did not disrupt a decline in the national mover rate, but it may have affected migration in other ways, according to the Census Bureau.