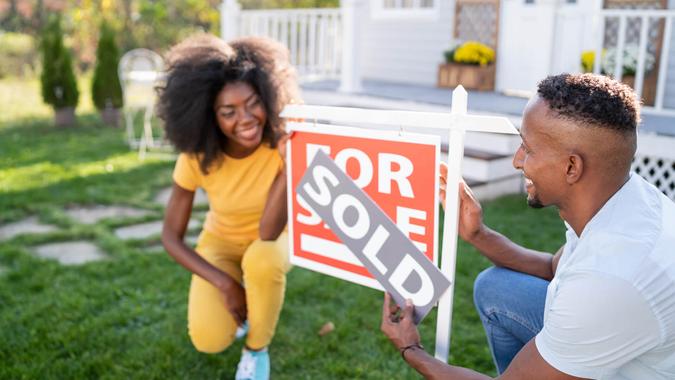 With U.S. homes selling at record prices in 2022, many buyers face much bigger down payments than they would have in years past simply because they are putting money down on more expensive houses. The good news is, down payments still might not be as high as you’ve been led to believe.

See: 10 Surprisingly Affordable Places To Own Waterfront Property
Find: 22 Side Gigs That Can Make You Richer Than a Full-Time Job

A survey conducted earlier this year by the National Association of Realtors found that nearly half of respondents think they need a down payment of at least 16% of the purchase price. One in 10 think they need 20% or more. In reality, the average down payment for first-time home buyers was only 7% in 2021, and the average for repeat buyers was 17%.

Misconceptions about down payments primarily come about due to bad information. While many potential homebuyers are under the impression that repeat buyers need to put at least 20% down to purchase a house, that’s simply not the case. The down payment largely depends on the lender, the home, and your financial situation. Moreover, first-time buyers can take advantage of FHA loans that let them put down as little as 3.5%.

Lower-than-expected down payments can make it more financially feasible for many Americans to buy a home, but that doesn’t mean it will be cheap or easy. This is especially true now, during a period when home prices have been surging since the beginning of the COVID-19 pandemic.

However, there could be hope on the horizon. Rising interest rates have already led to softening in some housing markets as many potential buyers choose to sit on the sidelines until rates come down again. Meanwhile, prices could soften further as more builders ramp up development to meet demand.