New data released by Trulia reveals renting a home is more expensive than buying in nearly three-quarters of major U.S. cities. In other financial news, more homeowners are choosing to shorten the terms of their mortgage loans in an effort to pay off their debt.

Rent is Costlier than Buying in 74 Percent of Major Cities

The data released by real estate website Trulia revealed that buying a two-bedroom home is cheaper than renting the same size property in 74 percent of the 50 largest U.S. cities in July. This represents a 2 percent increase over the last study released by Trulia in January.

Trulia found that in 12 percent of the cities studied–including New York, Seattle and San Francisco–renting was cheaper than buying. In the remaining 14 percent of cities, renting was only slightly less expensive or nearly equal to the cost of buying.

The major reason given for the jump in rental prices is the significant drop in prices for homes. Many people who would have been interested in jumping on low home prices are now reluctant to buy due to the shaky market. This is creating an increase in rental demand and driving rental property prices up.

For those who do own homes and have chosen to refinance, new data shows that many are actually shortening the terms of their loans. One study released by Freddie Mac found in the first quarter that 34 percent of those who refinanced a 30-year loan switched to 20- or 15-year loans–the highest percentage in 7 years.

According to another study from Quicken Loans, which ecently launched a product called Yourgage that allows homeowners to refinance to a customized term–many more homeowners are switching to 13-year terms. The most popular refinance option for the company is 8 years.

Experts say most individuals are not looking for long term mortgage loans and are much more interested in just paying off their debt. With short-term mortgage rates at record lows, it’s easier for homeowners to lower their interest rate while shortening the term to get away from long-term debt. 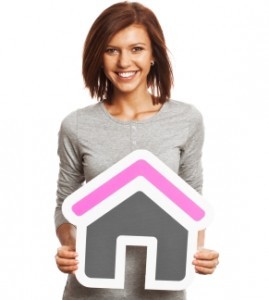 Why Are Home Ownership Rates Higher Among Single Women?