Employers as Landlords: How the Housing Crisis Created This New Dynamic 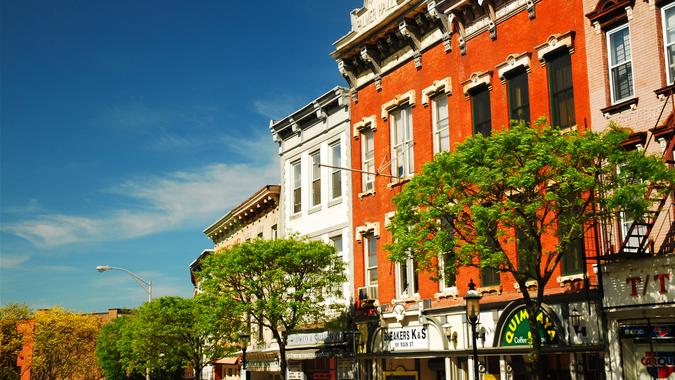 See: Labor Dept. Announces $15M in State Grants is Now Available to Update Benefits Delivery & Services
Find: What Is the Current State of the Housing Market in Your State?

Now, some organizations look to address that problem by providing their own housing to workers and serving as both employers and landlords. As Bloomberg recently reported, modern-day company towns are popping up in various corners of the U.S. as a way for employers to lure workers.

Some communities, such as Teachers Village in Newark, N.J., house teachers and other sector public who have been priced out of the rental and housing market. Elsewhere, a growing number of private employers located in expensive towns like Egg Harbor, Wis., and Hilton Head Island, S.C., are building or buying apartments they can rent to workers.

Large employers such as the Dollywood theme park in Pigeon Forge, Tenn., are getting into the action as well. Dollywood is in the process of finishing its first 750-bed residence hall for foreign students on cultural-exchange visas as well as seasonal workers employed by local businesses, Bloomberg noted. Dollywood, a joint venture between Dolly Parton and Herschend Enterprises, is also considering future phases for year-round workers and retirees.

A nearby attraction — the Wilderness at the Smokies Waterpark Resort — finished constructing housing for about 500 seasonal workers two years ago.

This trend comes during a period of record growth in both rental rates and home prices across the country.

As GOBankingRates previously reported, rental prices in the U.S. are up about 18% on average over the past two years, according to Redfin. A separate survey from the rental platform Zumper found that the median rental price of a one-bedroom unit rose 11.6% in 2021 alone, while the median price of a two-bedroom unit climbed 13.6%.

Meanwhile, average home prices in the U.S. rose 18.8% in 2021, according to the S&P CoreLogic Case-Shiller U.S. National Home Price Index. That was the biggest increase in 34 years of data and well above the 10.4% gain recorded in 2020.

Over the past four years, the percentage of U.S. homes worth $250,000 or less has fallen to around 25% of the total from 45% previously, according to the National Association of Realtors.

See: Rent Control Laws Are Back in These States
Find: US Home Prices Rose at Historic Rate in January, CoreLogic Report Says

Apartments and homes in popular tourist destinations are rising at an even faster pace, leaving hospitality industry employers with a huge shortage of workers. The answer for employers in some communities, such as Door County along Lake Michigan, is to buy properties and rent them out to workers at affordable rates.

If you call anybody, they’re all buying houses for their staff,” Kim Jensen, a Door County restaurateur, told Bloomberg.