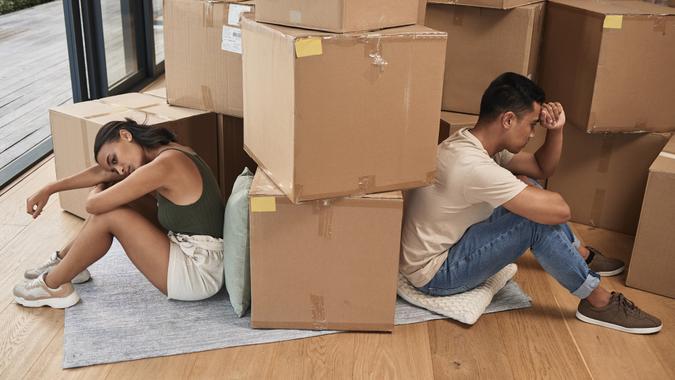 The number of foreclosure filings rose by more than two-thirds during the third quarter as mortgage relief programs aimed at helping property owners weather the COVID-19 pandemic began to expire. The good news is, foreclosures are still low compared with historical norms.

Find Out: How Many Mortgage Payments Can I Miss Before Foreclosure Happens?
Learn: How To Avoid An Eviction If Your State Hasn’t Extended the Moratorium

A total of 45,517 U.S. properties had foreclosure filings during the quarter — including default notices, scheduled auctions or bank repossessions — according to a new report from ATTOM, a mortgage data company. That was up 34% from the previous quarter and 68% from the previous year.

The pace of foreclosure filings accelerated in September, as a total of 19,609 U.S. properties filed for foreclosures — more than double the total in September 2020. Meanwhile, lenders started the foreclosure process on 25,209 U.S. properties during Q3, an increase of 32% from the previous quarter and 67% from a year earlier. It was the first double-digit quarterly percentage increase in seven years, the report said.

One reason foreclosures have surged is that pandemic-related relief programs provided by both the government and private sector have begun to expire. Those programs let struggling borrowers delay their monthly payments for up to 18 months, CNBC reported. One result was a dramatic decline in the number of foreclosures — which is one reason the recent foreclosure numbers are so much higher.

More: 7 Times When Refinancing Your Mortgage Isn’t Worth It

He noted that despite the year-over-year spike in September foreclosure actions, the total was still nearly 70% lower than it was prior to the COVID-19 pandemic in September 2019. Third-quarter foreclosure activity was 60% lower than the same quarter in 2019. “Even with similar increases in foreclosures over the next few months, we’ll end the year significantly below what we’d see in a normal housing market,” Sharga added.

The wild card is what happens with borrowers who still have mortgage relief help.

“There are hundreds of thousands of borrowers scheduled to exit forbearance in the next two months, and it’s possible that we might see a higher percentage of those borrowers default on their loans,” Sharga said.

Not surprisingly, the states that posted the greatest number of foreclosure starts in Q3 were also some of the most heavily populated:

Explore: How to Move on Financially Following an Eviction
See: An Eviction Could Hurt Your Credit – Can You Minimize the Damage?

On the other side of the coin, several metro areas with populations greater than 1 million actually saw a decline in foreclosure starts during the quarter. These included Charlotte, North Carolina (down 32%); Portland, Oregon (down 26%); Rochester, New York (down 17%); San Jose, California (down 13%); and Hartford, Connecticut (down 6%).