Homebuilder Confidence Up Despite Low Inventory, Labor Shortage — What Does It Mean for Consumers? 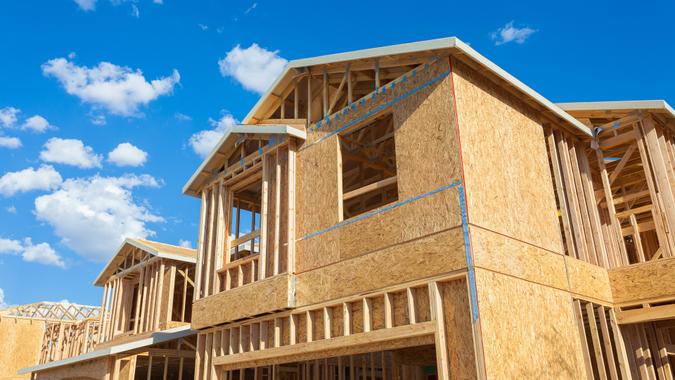 Homebuilders are in a bullish state of mind these days even in the face of a host of industry challenges, with all signs pointing to continued price increases into the new year.

See: Building a House — Where You Should and Shouldn’t Cut Costs
Find: Should You Refinance Now With the Low Mortgage Rates?

Homebuilder sentiment in November climbed three points from the previous month to 83 on the National Association of Home Builders (NAHB)/Wells Fargo Housing Market Index (HMI), which was released on Tuesday, Nov. 16. That’s the highest score since May and well above analyst predictions that the score would remain unchanged at 80. Scores above 50 are considered positive.

Builders across the United States have a positive view of the market, though those in the South and West are more confident than those in the Midwest and Northeast.

The upbeat outlook is mainly due to low existing inventories and strong buyer demand, the NAHB said in a press release. For now, those positives far outweigh a bunch of negatives that range from supply-chain headaches and rising materials costs to a severe shortage of both workers and available lots.

See: Renovated Home or New Construction? How to Find the Better Value in Today’s Market
Find: What I Wish I Knew Before Buying My First Home

He added that lot availability is “at multi-decade lows and the construction industry currently has more than 330,000 open positions. Policymakers need to focus on resolving these issues to help builders produce more housing to meet strong market demand.”

Supply-chain and inventory issues have forced some builders to put on the brakes despite high demand from buyers. D.R. Horton, the nation’s biggest builder, has had to slow sales to ensure it can deliver homes in time, CNBC reported.

See: Home Construction Loans — Everything You Need to Know
Find: In the Battle for Houses Boomers Are Mercilessly Outbidding Millennials

“We continued intentionally restricting our home sales pace by selling homes later in the construction cycle to align with our production levels and better ensure the certainty of home close dates for our homebuyers,” Chairman Donald Horton said in the company’s latest earnings release.

It all adds up to a good market for home sellers — and a challenging one for buyers. The U.S. housing market has already seen record price growth this year, according to Motley Fool, which cited data from the CoreLogic Home Price Index. Many industry experts expect prices to keep rising in 2022, though estimates on how much vary wildly.

One thing that could tip the scales in buyers’ favor is that many sellers seem motivated to unload their homes in a hurry. As GOBankingRates recently reported, about two-thirds of prospective sellers plan to have their homes sold within the next six months, according to a new survey from Realtor.com. This should put more inventory on the market quickly, which might ease prices in some parts of the country.