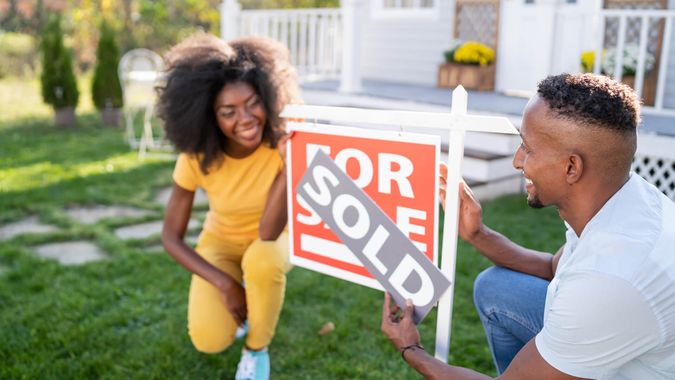 The housing market has been sizzling hot this year, with houses selling just as quickly as they’re going on the market. Strong demand and the limited housing supply did more than push up the value of homes, it also affected how long houses sat on the market.

See: Will Your Chance to Own a Home Diminish in this Hot Housing Market?
Find: Houses in These 29 Cities Are Suddenly Major Bargains

Meanwhile, the report added that for-sale inventory rose by 3.9% in May from April, which is the first monthly increase since July 2020 and the fifth gain recorded over the past 24 months.

Shocking: Housing Demand Is So High That Some Builders Have to Turn Down Jobs

The typical U.S. home price grew 13.2% year-over-year in May to $287,148, and up 1.7% from April. Lumber prices are still inflated, but have dropped from record highs over the past several months, according to a separate Zillow report.

Zillow economists expect home values to increase by 6.1% over the next quarter and by 17.9% through the end of this year. Home price appreciation is not expected to subside anytime soon, while affordability matters and low inventory are putting a constraint on the outlook of sales, according to the latest Zillow home value and sales forecasts.

More than 100 economists and real estate experts were surveyed by Zillow as part of the Q1 2021 Zillow Home Price Expectations (ZHPE) survey and said they expect inventory to begin growing again later this year or in the first half of 2022.

More: Americans Are Moving Into Larger, More Affordable Homes, According to Zillow
Discover: How to Put In a Successful Real Estate Bid In a Hot Housing Market

Zillow added that when buyers find a potential home in this market, “those buyers best-prepared to pounce on it and move quickly — with all of their financial ducks in a row and with the advice of a trusted agent — will be most successful.”