4 Signs the Housing Market Could Be Slowing Down 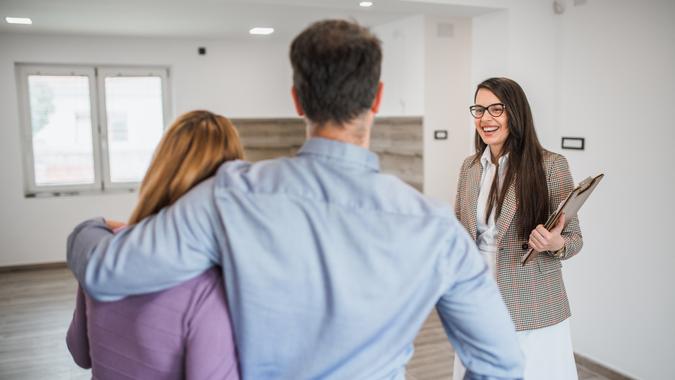 In recent months, some experts have said that the real estate market could be “heading back to sanity” in the summer of 2022. Meanwhile, one report from Moody’s Analytics showed that housing prices could drop by 10% in some U.S. cities.

See: New Homebuyers Are Spending Double the National Average on Renovations
Compare: How To Buy a Home at Different Stages of Your Life

As interest rates rise, the housing market could finally begin to cool off. “The housing market isn’t crashing, but it is experiencing a hangover as it comes down from an unsustainable high,” Taylor Marr, Redfin deputy chief economist, told CNN.com.

Here are some signs that the market could finally — after a dearth of inventory and a plethora of people moving fueled demand that drove home prices sky high — be cooling to what many consider normal levels.

A report from Realtor.com shows that more houses were available for sale the week of June 16, 2022 than the same week in 2021. The report also pointed out that some buyers are opting to rent instead, with rising mortgage prices deterring them from making the decision to become homeowners right now.

The Fed raised interest rates three times in recent months, with the goal of stemming inflation. A side effect is that it also increased the cost of mortgages. With the largest mortgage rate increase since 1987, people can afford less home for their money. So, sellers are dropping their prices with greater frequency than they were last May, according to CNN.com.

“If it weren’t for the surge in mortgage rates, the housing market would still be in a boom right now,” James Cappello, a Redfin agent in the Bay Area, told CNN. “Demand from homebuyers was still extremely high as recently as February, but rates are making it really tough. Going from 3% to nearly 6% almost instantly has scared a lot of people out of the market.”

In spite of the price cuts, fewer people are buying homes right now. Redfin statistics show that requests for home tours and other services from Redfin agents dropped 14% in June 2022, compared to June 2021. It was the ninth consecutive week of declines.

And, with less demand for realtor-related activities, real estate firms are starting to lay people off. Last week, Redfin and Compass announced they would lay off 8% and 10% of their workforce, respectively, CNN reported on June 15, 2022. The article said that demand for Redfin services was 17% below expectations in May, showing that the market was already beginning to cool even before the most recent Fed rate hike.

Finally, the Mortgage Bankers Association reported that mortgage applications were down 16% from last year, based on June 10, 2022 statistics reported by CNN. Refinance rates are down a whopping 70% since last year, according to the MBA report.

What Should Homebuyers and Sellers Do Right Now?

If you’re looking to sell your home, you may want to act quickly and take steps to set your home apart from the pack. Low-cost home improvements such as landscaping and a fresh coat of paint on your door can add curb appeal that will catch a buyer’s eye. And take heart, as the market is still historically strong.

Meanwhile, only 17% of consumers think it’s a “good time to buy” a home, according to the Fannie Mae Home Purchase Sentiment Index. Meanwhile, 79% said it’s a bad time to buy, which represents a record high for the survey.

Explore: Housing Prices Are Expected to Drop in These Cities — Is Yours One of Them?
Find: How To Save for a House as a Single-Income Earner

“These results suggest to us that increased mortgage rates, high home prices, and inflation will likely continue to squeeze would-be homebuyers — as well as those potential sellers with lower, locked-in mortgage rates — out of the market, supporting our forecast that home sales will slow meaningfully through the rest of this year and into next,”  said Doug Duncan, Fannie Mae Senior Vice President and Chief Economist, in a blog post about the survey.