Housing Trend: Why Cost Savings of ‘Barndominiums’ Is Making Them More Popular 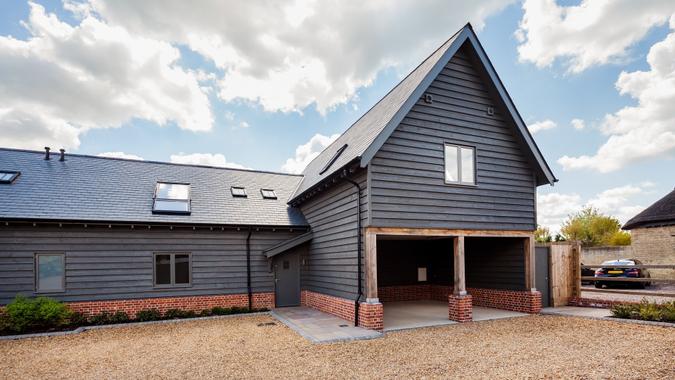 Rustic living is getting a whole new meaning now that “barndominiums” are trending. If it sounds like something straight out of the Magnolia Network, it kind of is: People are buying barns and rehabbing them into living spaces.

See: 10 Kitchen Renovations That Will Hurt Your Home’s Value
Evaluate: Should You Still Buy a Home in Today’s Market?

Not unlike the old church-repurposed homes trend that CNN reported on back in 2013, this one utilizes spaces that might not have much of a future and makes them into living spaces. Though in this case, the issue is less altruistic and sustainability-focused and more out of desperation, says Real Simple. In general terms, housing options have become scarce or unaffordable for many Americans.

As CNN reported this week, mortgage rates are at an all-time high in 2022, 5.89% on average for a 30-year fixed rate. That’s on pace with the records set in 2008 around the time of the housing crisis and recession. This has led many to find alternative options. As GOBankingRates reported, the lending situation has encouraged homeowners to take out home equity loans and lines of credit to renovate existing properties rather than move, and they’re doing so at rates not seen in recent years.

Real Simple spoke to an expert on the trend, Tyler Forte, CEO of contracting company Freshbuilds. He noted “barndominiums” are definitely a thing now, taking large open living spaces and farmhouse chic to a whole new level. Forte said most are made of “corrugated metal sheets with spray foam insulation” for livability.

According to quintessential home expert Bob Villa, the idea of a barndominium first came to light in 1989, introduced by real estate developer Karl Nilsen. Villa’s blog also said the benefit is they “blend the airiness of a loft with a rural setting.” The blog post even pointed out a few examples, such as a timber-frame reclaimed wood option in upstate New York and a large 3,600-square-foot stunner in Connecticut that actually has separate partitioned rooms, showing the diversity that can be had.

More: 5 Surprising States Where the Most Expensive Home on the Market Costs More Than $30 Million

Some people have even chosen to do new barn builds, as Villa’s blog notes, not unlike the tiny homes trend. A quick Google search shows a number of companies selling barndominium building kits like those from Worldwide Steel Buildings. As they note on their website, “Barndominiums are a perfect mix of living quarters and a place for fun — all within an affordable, low-maintenance, energy-efficient metal building.” The company also touts the flexibility and low costs associated with this type of residence.

Real Simple spoke to a representative with real estate technology firm HomeLight, who noted that 16% of real estate agents said they’ve seen interest grow in barndominiums the last two years, with buyers citing lower costs, less maintenance and the desire for a rural lifestyle as part of their motivations in seeking out this type of residence.

Building from a kit also warrants delivery fees, foundation fees and permits, though altogether it’s substantially less than most homes on the market. In total, Home Advisor said this type of abode nets a cost of about $94-120 per square foot, whereas a normal frame house is about $100-200 per square foot.

How To Apply For a Mortgage: 11 Steps to Homeownership
Find: Experts Say You Should Budget for These Costs Even as Housing Prices Begin To Drop

However, there are some drawbacks, experts indicated while speaking to Real Simple. That large open space and super high ceilings may cost a lot more to heat in the winter than a normal home, and because of the mostly metal materials it’s built with, corrosion-reducing measures will need to be taken on a regular basis to preserve the home.