Housing Survey: Most Americans Would Buy a Home at Auction, But How Does It Work? 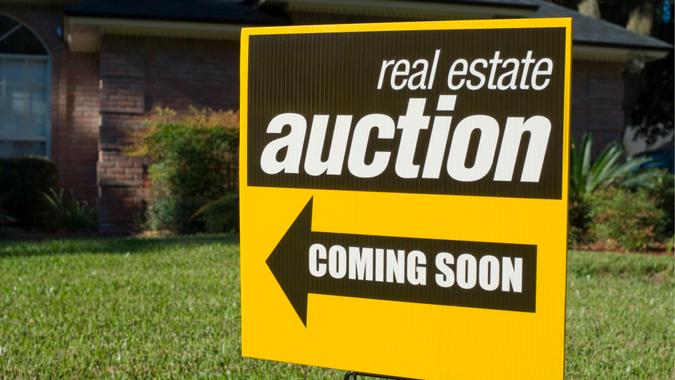 More than one in four U.S. consumers are not aware that you can buy a house at auction, according to a new survey from ServiceLink, and yet more than 60% — including 75% of millennials — would consider doing so if given the chance.

See: Housing Trends: Two-Thirds of Home Sellers in U.S. Plan to Sell Within Six Months, According to New Survey
Find: Home Equity Loans 101: What They Are, How They’re Used and What You Need To Get One

You don’t have to think too hard about why so many Americans might consider buying homes at auction. With home prices hitting historical highs this year, many consumers see auctioned homes as a way to save money. About 70% of the survey respondents cited potential cost savings as a motivating factor for buying at auction, while more than half (57%) cited a faster homebuying process.

For millennials, the chance to save money is especially tempting.

“It’s not surprising that millennials are pursuing new opportunities to achieve home ownership, particularly in the current real estate market where they are facing challenges due to high prices and low supply,” Miriam Moore, president of default services at ServiceLink, said in a press release. “We expect that more auction properties will hit the market next year through foreclosure and buying homes at auction will become more mainstream as consumers look to buy quickly and at competitive pricing.”

Despite the allure of house auctions, 28% of the ServiceLink survey respondents didn’t even know auctions were an option. And many of those who are aware of auctions probably don’t know how they work.

The first thing you need to know is where to find homes up for auction. In many cases, they are foreclosures sold by banks or homes with tax liens sold by government entities. Check with banks in your area to find out when and how their auctions take place. For government auctions, the USA.gov website offers links to real estate auctions overseen by Fannie Mae, the FDIC, the Department of Agriculture, the Department of Housing and Urban Development, and the Department of Veteran Affairs.

For private auctions, the RealtyTrac website offers a map of where auctions are being conducted across the United States as well as details about the homes.

Another important thing to understand is that there are three basic types of auctions, according to Ramsey Solutions:

See: Why the Holidays Are a Good Time To Buy a House
Find: Avoid a Flop With These 25 House-Flipping Tips

One important step if you’re interested in buying a home at auction is to research the property first. Many auctioned homes might be in disrepair, and many also sit vacant for weeks or even months, which makes them susceptible to vandals, rodents and people looking for a convenient place to dump their trash. At the very least, you should drive by and take a good look before bidding on a home.