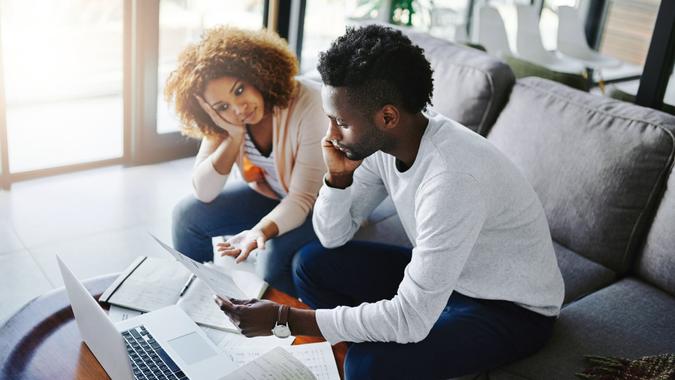 The American dream of owning a home appears to be more like a fantasy for many renters, with nearly half worrying that they’ll never be able to buy a home, according to a recent survey from LendingTree.

See: Why Renting Is Not a Bad Financial Option in 2021
Find: How Much Should You Save for a Down Payment on a House?

The survey of 2,050 consumers, conducted by Qualtrics and released last week, found that 48% of renters question whether they’ll ever be able to buy their own place. More than half of Gen Xers (55%) who don’t currently own a home fret that they won’t be able to buy one — the highest percentage of any age group. That’s a pretty grim statistic, considering that some Gen Xers have already reached their mid-50s.

The biggest barrier to buying a home is the down payment required, with 54% of renters saying they can’t afford to put enough money down for a mortgage. Other common barriers include high home prices (36%) and difficulty qualifying for a mortgage due to a low credit score (32%).

See: How to Buy a House With No Money Down
Find: How to Rebuild Credit — 8 Steps You Can Take

The LendingTree survey results are largely in line with a similar survey GOBankingRates conducted earlier this summer. In that survey of 500 renters and 500 homeowners over age 18, 27% of respondents said the biggest impediment to buying a house was not being able to afford a down payment. Although that figure is half of the LendingTree percentage, it also should be noted that half of the GOBankingRates respondents already own a home.

The GBR survey also found that more than one-third of renters (35%)  have $0 saved for a down payment. Poor credit, low wages and unaffordable home prices were three other popular reasons given for not being able to buy a house.

One thing both surveys agree on is that the vast majority of Americans still want to own a home. GOBankingRates found that nearly 80% of the women and more than 75% of the men want to be homeowners in the future. LendingTree found that 88% of respondents would rather own their home than rent.

See: Rent-To-Own — What Is It and How Does It Work?
Find: Ranked — The Best States for Millennials to Buy a Home

For those worried about getting on the right track to home ownership, LendingTree offers these tips: