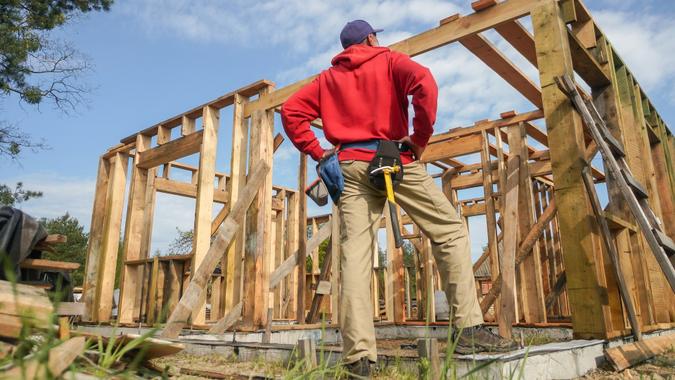 A leading housing expert gave a grim forecast for the U.S. housing market as home prices continue to soar despite a looming recession, contributing to a slowdown in demand. However, there could be ways to address the problem with the right cost-cutting moves.

Speaking to Fox News, National Association of Home Builders (NAHB) CEO Jerry Howard said there could be a “tough time ahead” for the industry unless certain policy measures are taken. He pointed to data showing that home builder confidence in the market for newly built single-family homes dropped 12 points in July from the previous month, according to the NAHB/Wells Fargo Housing Market Index (HMI) released on Monday. That marked the seventh straight monthly decline.

July’s index reading was 55 points, down from 67 in June. The index ranges from 0 to 100, with any reading above 50 indicating positive sentiment, Fox News reported. July’s HMI reading was the lowest since May 2020. The 12-point monthly dip was the second-biggest in the history of the index behind the 42-point drop in April 2020, when markets were rattled by the COVID-19 pandemic.

“For the last seven straight months it has been going down and this is a huge drop,” Howard said on “Varney & Co.” “I think all it says is, ‘Somebody do something or we’re going to go into a recession.'”

One of the major problems is that home prices keep surging as demand outpaces supply, pricing out many potential buyers who are spooked by fears of a recession. The typical home value in the United States is $354,165, according to Zillow. That’s up about 20% since last year despite rising interest rates. Demand has slowed slightly from earlier in the year, but prices remain at historic highs.

For costs (and prices) to come down, there needs to be an increase in new homes on the market. Howard suggests that the following four developments would improve supply:

“We hope that policymakers will take this as sort of a last cry for help,” Howard said.

NAHB Chairman Jerry Konter echoed those thoughts, telling Fox News that “production bottlenecks, rising home building costs and high inflation are causing many builders to halt construction because the cost of land, construction and financing exceeds the market value of the home.”