How Student Debt Deters Buying a Home, and What To Do About It 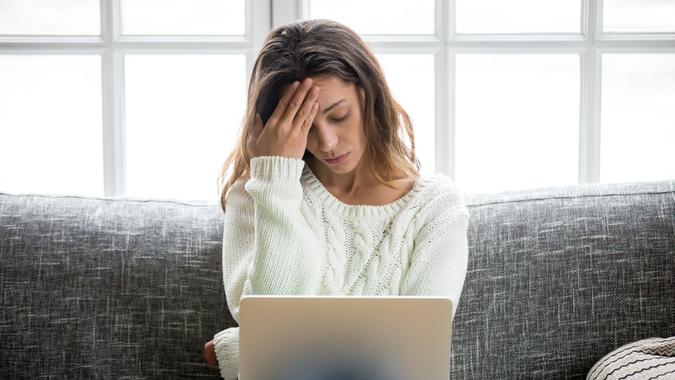 A new survey from the National Association of Realtors shows just how much of a barrier student debt is against home ownership, with more than half of non-homeowners polled saying that student debt is preventing them from buying a home.

Latest Stimulus Payments: Qualifying California Residents Could Receive Up to $1,100 This Month
Discover: 50 Housing Markets That Are Turning Ugly

The survey results were included in a September report titled “The Impact of Student Loan Debt” and came from a June poll of 1,995 student loan debt holders conducted by Morning Consult on behalf of the NAR. Among the findings, when asked specifically about purchasing a home, 51% of non-homeowners said student loan debt has delayed them from buying one.

The reasons for this vary. While 47% percent said they can’t save for a down payment because of student loan debt, another 45% said they don’t think they can qualify for a mortgage due to their debt-to-income ratio. Of those who said student debt has delayed a home purchase, 43% conceded they’d never even applied for a mortgage.

Here are some other findings from the survey:

The survey was conducted during a period when home prices are rising rapidly across the United States, which makes it even harder for many to afford a home.

So what can you do if you believe student debt is delaying your home-buying plans? Your first priority should be to stay current on your student loans and other debt so your credit score doesn’t get nicked.

Real Estate: You Might Actually Be Able To Afford a Mansion in These 20 States

After that, explore moving your student debt into a plan that can lower your monthly bill. One option is to switch to an income-driven plan like those outlined on the U.S. Department of Education’s Federal Student Aid website. Mark Kantrowitz, a higher education expert, told CNBC that borrowers should change their repayment plans at least a year before applying for a mortgage.

Another way to improve your chances of buying a home is to increase your income, either by finding a better-paying job or asking your current employer for a raise or promotion. This might be the ideal time to do so. As previously reported by GOBankingRates, the current labor shortage has given employees more opportunities and bargaining power.

Finally, don’t put yourself deeper into debt by buying a car or other expensive item you can live without. Delay these purchases as long as possible until you’ve worked through more of your student loan debt. Whenever possible, avoid credit card purchases, and if you do have to make them, pay your balances off every month. Put any extra money into saving for a down payment on your future home.