This Is the Market Where People Face Home Bidding Wars 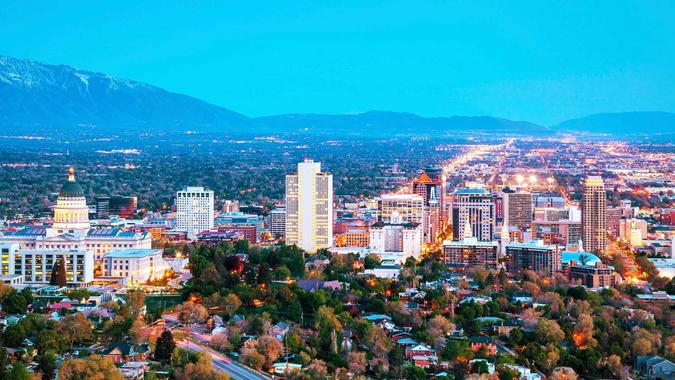 Home prices have soared as mortgage rates have dropped, as people leave some large cities because of the COVID-19 pandemic, and as middle-class Americans have experienced income increases. Based on data from a number of sources, the average price of a home nationwide has risen as much as 15% in the last year. In some highly desirable markets, that figure is much higher.

See: Your Updated First-Time Homebuyers Guide: 9 Tips To Get Started
Find: Cheapest Places To Buy a Home in Every State

Demand has been so great in some cities that housing inventory has plunged. While demand remains high, there are simply not enough homes to satisfy the rush of buyers. This has caused bidding wars on some homes. These bidding wars cut the time some homes are on the market to a few days. And, the competition also pushes some home prices above what sellers ask.

The demand surge and resulting bidding wars are not even across the county. Home selling online site Redfin reports that in March, “Nearly two-thirds (64.0%) of home offers written by Redfin agents in March faced competition..” It is the 11th month in a row where the figure has been over 50%. Redfin added that 46% of homes are selling less than a week after they are listed.

Las Vegas Redfin real estate agent Lori Garlick described the mania: “Competition is escalating in part because it’s almost summer and families want to lock down homes before the next school year starts and their kids have to head back to the classroom.” While the competition is most often on single-family homes, townhouse sales are also part of the trend.

See: 60% of Americans Have Shifted Their Homeownership Plans Due To the Pandemic — Here’s How
Find: What Homes Will Be Worth in Your State by the End of 2021

Redfin examined 42 cities where it has agents and gathered bidding war data. The numbers showed:

Salt Lake City had the highest March bidding-war rate of the 42 U.S. metropolitan areas in this analysis, with 87.1% of offers written by Redfin agents facing competition. Next came Pittsburgh at 82.0% and Boise, ID at 81.5%.

In one case, Redfin found a buyer who bid $64,000 above an asking price of $645,000. The buyer’s offer was too low, and the house went to someone else. Bidding wars in March were most common among homes with prices over $800,000, the survey found.

The high prices and rush of more and more people to buy homes has raised the question of whether there will be a housing bubble in 2021 like the one that destroyed much of the American real estate market in 2007 and 2008, leading to an explosion of mortgage defaults and evictions. These 50 housing markets are already in trouble.

Mortgage market expert Jeff Greene recently told CNBC: “Absolutely. I think we’re in an omni-bubble. How long does it last? It depends. How long do you keep the faucet open and this money running?” That implies that an increase in mortgage rates could wreck the market-at some point.

See: Homes in These 25 Waterfront Cities Are a Total Steal
Find: The 20 Hardest Places To Sell a Home

Is the extremely competitive housing market about to end? That is not likely. The factors that have caused it remain in place.

Click here to see the salary needed to afford the average home in each state.

24/7 Wall St. is a publisher partnering with GOBankingRates.