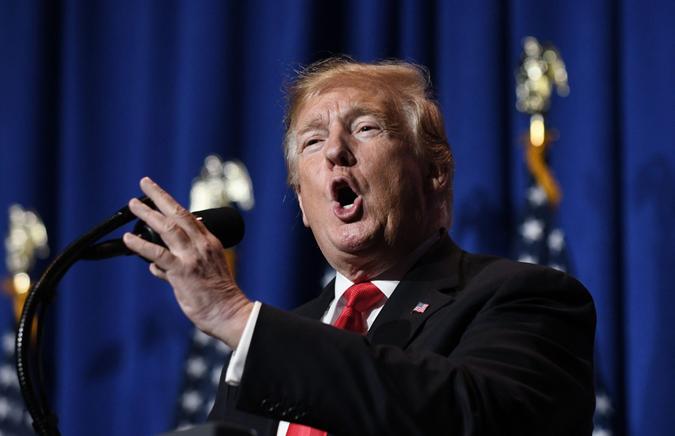 The best properties in former President Trump’s portfolio are not Trump hotels, condominium buildings, or country clubs. Instead, they are two properties owned 30% by the Trump Organization and 70% by Vornado Realty Trust (NYSE: VNO). Located at 555 California Street in San Francisco and 1290 Avenue of the Americas in New York City, these are office buildings that have generated high rates of cash flow over the years.

See: Americans’ Savings Drop to Lowest Point in Years
Find: These Are All the States With Trump Properties and Businesses

As the majority owner, Vornado controls the two properties. Trump’s stake is valued at approximately $784 million. The Trump Organization has about $400 million in debt coming due in 2023, so it has an interest in selling its Vornado stake.

Among the options Vornado has considered include buying out the Trumps' 30% stakes in the buildings or withholding income from the properties, potentially forcing a confrontation and accelerating a separation.

These are among the most valuable properties Trump owns.
— Brian Spegele (@BrianSpegele) February 9, 2021

Naturally, they would want to see the highest possible price for the sale. The buildings were on the market in 2020 but have since been pulled. In the meantime, the cash flow generated by rent has been an important part of the Trump Organization’s revenue.

See: Women’s Savings Are Shockingly Low – Inside the Gender Money Gap Made Worse by COVID-19
Find: COVID-19 Is Changing How (and Whether) We Take Care of Ourselves – and Our Healthcare Dollars Tell the Story

Now, NBC is reporting on a new tactic by Vornado: to cut back or even cut off the cash flow payments. This may be justified by the pandemic-related decline in rental income, and it is Vornado’s right as the majority partner. But given that the Trump Organization would miss the money, the tactic has another possible outcome: Trump may need to sell its stake in these properties back to Vornado at reduced valuation in order to raise much-needed cash.

See: Which Is Cheaper: Trump’s Second Impeachment Trial or Election-Fraud Drama?
Find: Can Employees Be Fired for Political Beliefs?

On the other hand, the connection to Trump puts off some potential tenants, so Vornado has an economic incentive to get rid of the minority stake.

This will be interesting to watch, given the combination of economic and political motivations at play. And, we still don’t know when or how many people will return to office work.