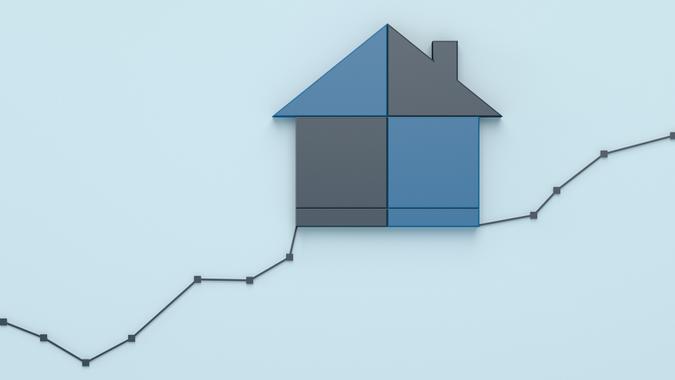 Despite signs (or hopes) that home price increases would ease in 2022, they just kept barreling forward at a breakneck pace in January, according to the latest report from CoreLogic.

See: US Home Prices at their Highest in 34 Years: Phoenix, Tampa and Miami Top the List
Find: How Will Mortgages Be Impacted by Fed Interest Rate Hikes?

The 19.1% year-over-year gain was the highest in at least 45 years, the report said.

Even with prices rising at a historic rate, would-be homebuyers have remained optimistic moving into the new year. CoreLogic projects an increase in those looking to buy over the next six months amid expectations that home price appreciation will slow.

House hunters might also be willing to overlook certain challenges — including low home inventory, intense competition and declining affordability — to lock in mortgage rates while they are still comparatively low. Rates are expected to push higher as the Federal Reserve initiates a series of interest rate hikes this year.

“In December and January, for-sale inventory continued to be the lowest we have seen in a generation,” Dr. Frank Nothaft, chief economist at CoreLogic, said in a press release. “Buyers have continued to bid prices up for the limited supply on the market. However, the rise in mortgage rates since January further eroded buyer affordability and is expected to slow price gains in coming months.”

CoreLogic expects home price gains to slow to a 3.8% annual increase by January 2023. That’s partly because gains have been so high over the last year that it’s difficult to continue at the same pace.

In terms of individual markets, January marked the second straight month that the Florida cities of Naples and Punta Gorda logged the highest year-over-year home price increases. Their gains were 38.9% and 38.3%, respectively.

The Mountain West and Southern regions continued to dominate the top three spots for national home price growth. Arizona led the way with a 28.3% year-over-year gain in home prices, followed by Florida at 27.9% and Utah at 25.2%.

Among large metro areas, three recorded monthly price gains of 20% or higher in January: Phoenix (30.2%), Las Vegas (25.2%) and San Diego (23.4%). Of those three, only San Diego is projected to have a double-digit gain over the next year.

See: Weekly Mortgage Applications Decrease, While Loan Size Sets Record
Find: How Student Debt Deters Buying a Home, and What To Do About It