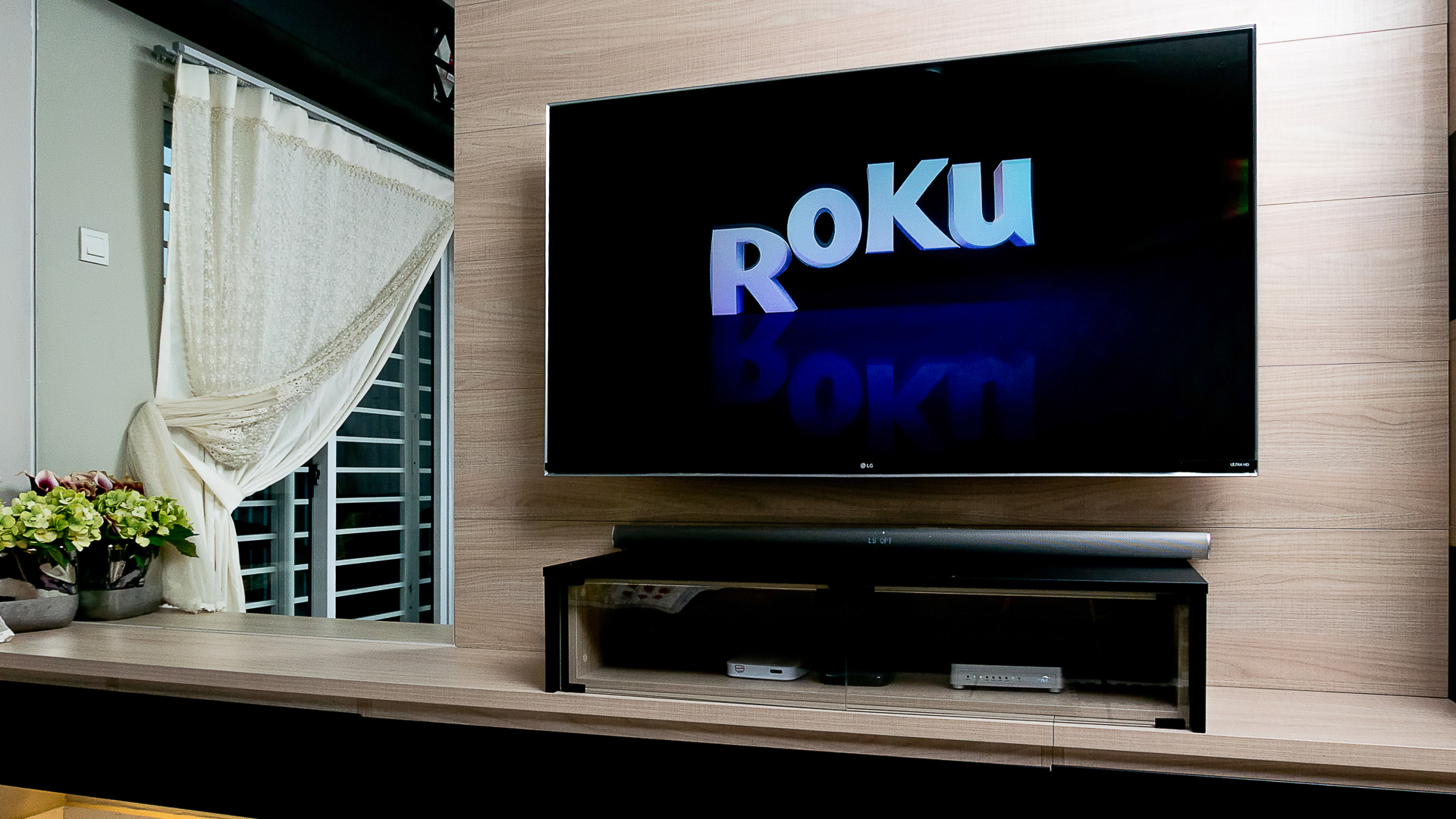 When companies dominate their industries, their stock prices tend to have long-term success. Apple and Amazon are two of the most widely discussed names when it comes to business success, as they currently rank as the No. 1 and No. 4 companies in America in terms of market capitalization. And while both of those stocks are likely to remain long-term winners, investors looking to get a little more bang for their buck might want to consider smaller, faster-growing companies to add to their investment portfolios.

See: 8 Best Cryptocurrencies To Invest In for 2022
Check Out: What Is the Next Big Cryptocurrency To Explode in 2022?

Here’s a look at 10 stocks that could be “the next Apple or Amazon” in terms of rising to prominence in their industry and providing investors with solid long-term returns. Be sure to consult with your financial advisor before investing, as some of these names could be considered speculative. 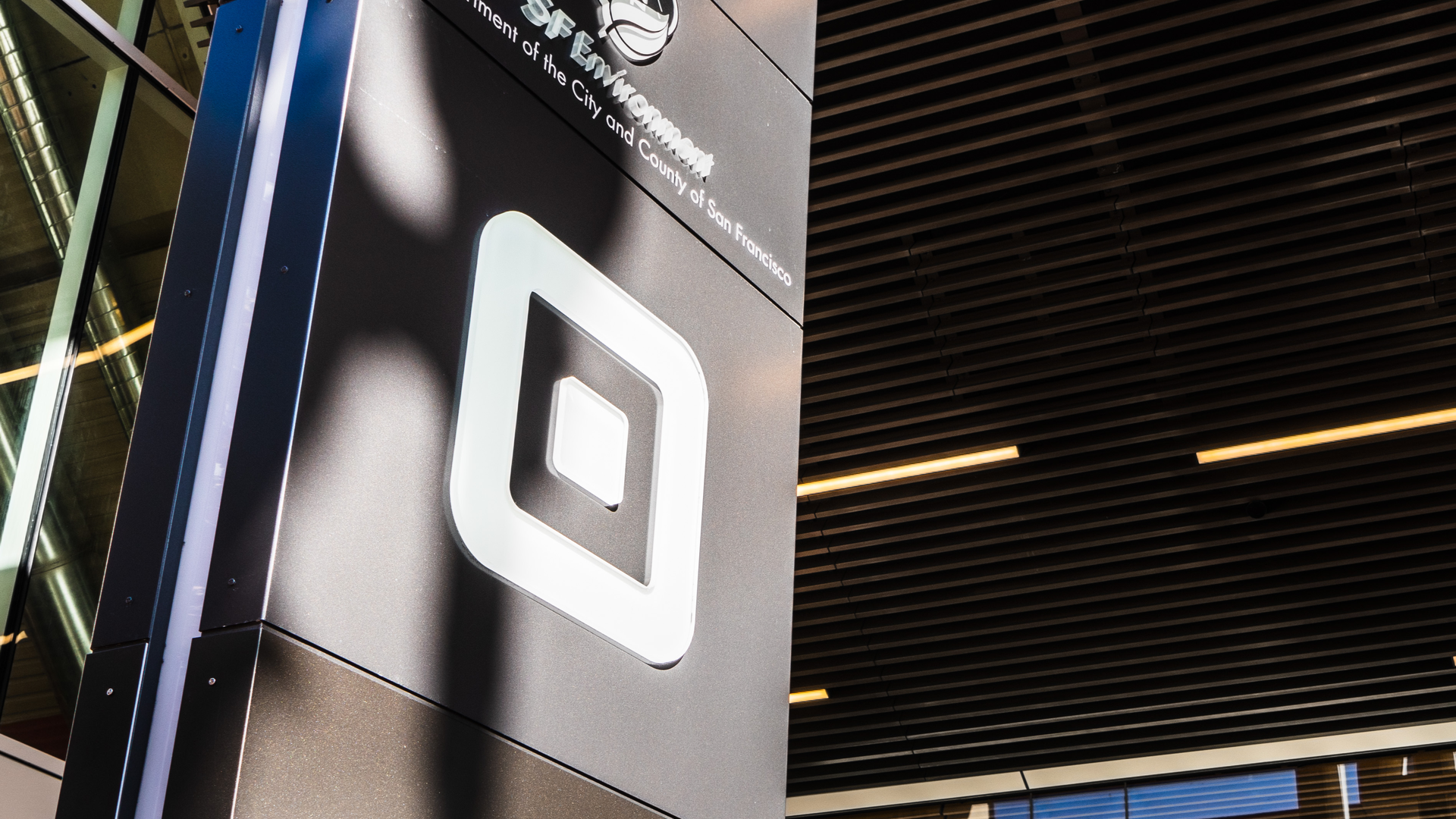 Payment processor Block, known as Square until a name change in late 2021, has been a long-term winner in its six-plus years as a public company. However, as with many growth stocks from late 2021 forward, investors have punished the valuation of Block, cutting its share price in half from its 2021 highs. But the underlying business fundamentals of the company remain strong.

After splitting time between Twitter and Block, CEO Jack Dorsey has chosen to focus his attention on Block, which should benefit the company moving forward. As the company’s name change suggests, it will be moving deeper into blockchain applications, and it also recently moved into the hot “buy now, pay later” segment of fintech. If the company can get all of its ducks in a row, it could end up being the dominant player in the industry.

Common Stock vs. Preferred Stock: What’s the Difference and Why Does It Matter To You? 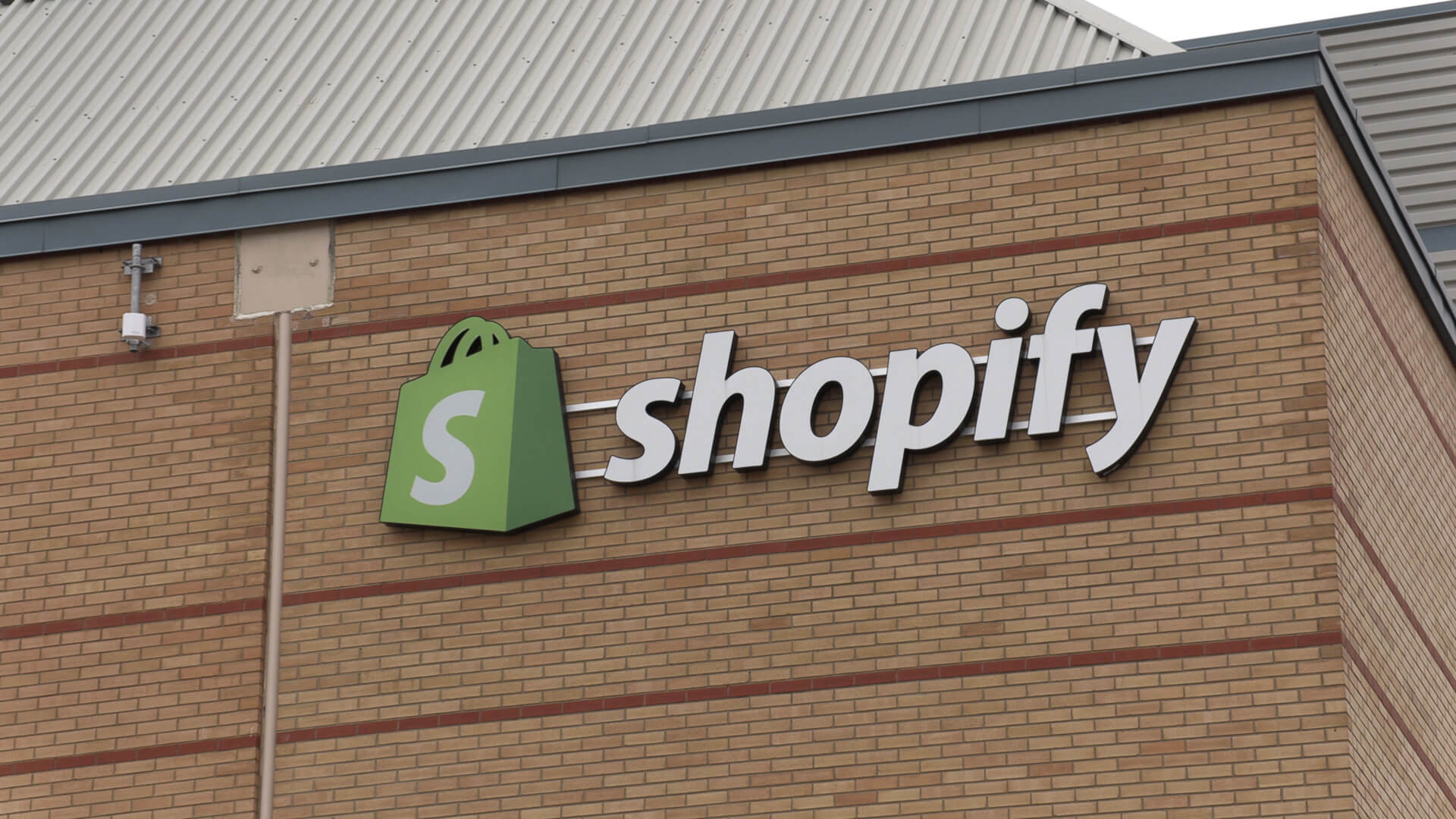 Add Shopify to the list of high-growth stocks that have fallen back to Earth in late 2021 and early 2022, with shares now sitting about 35% off their highs. The e-commerce stock has been hit with the same fears of rising interest rates as other growth stocks, but under the surface, the business is expanding rapidly, and management is pushing in new directions seeking additional growth.

For example, the company recently released Shopify Markets, a cross-border platform that allows merchants to sell in multiple countries. It also launched Shopify Balance, which is a digital banking for businesses. The company is a dominant player in e-commerce and seems set to continue to grow rapidly.

More: 4 Investing Lessons the Pandemic Has Taught Us 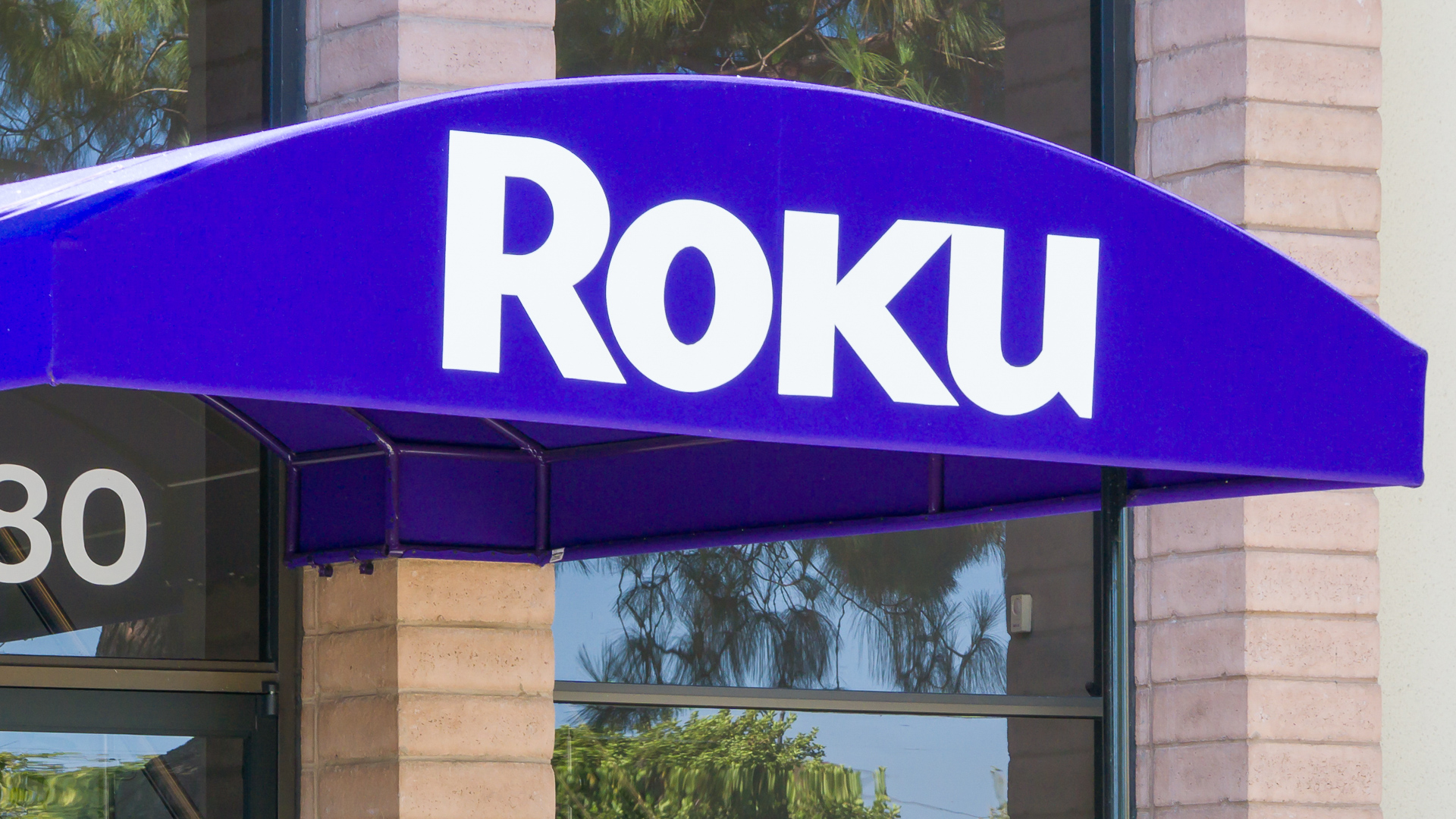 Roku is already a dominant player in the online streaming service industry, but its best days may still lie ahead. Roku actually competes head-to-head in this space with Amazon, with its Roku stick and integrated TV solutions fighting off Amazon’s Fire TV. Thus far, Roku has been the clear winner here, owning 31% of connected viewing time worldwide, versus just 17% for Amazon.

Rising interest rates and the evisceration of growth stock valuations in the second half of 2021 have created what may be an interesting entry point for the stock, which now sits down more than 63% from its all-time highs set in 2021.

Looking Ahead: Ways Investing Will Change in the Next 25 Years 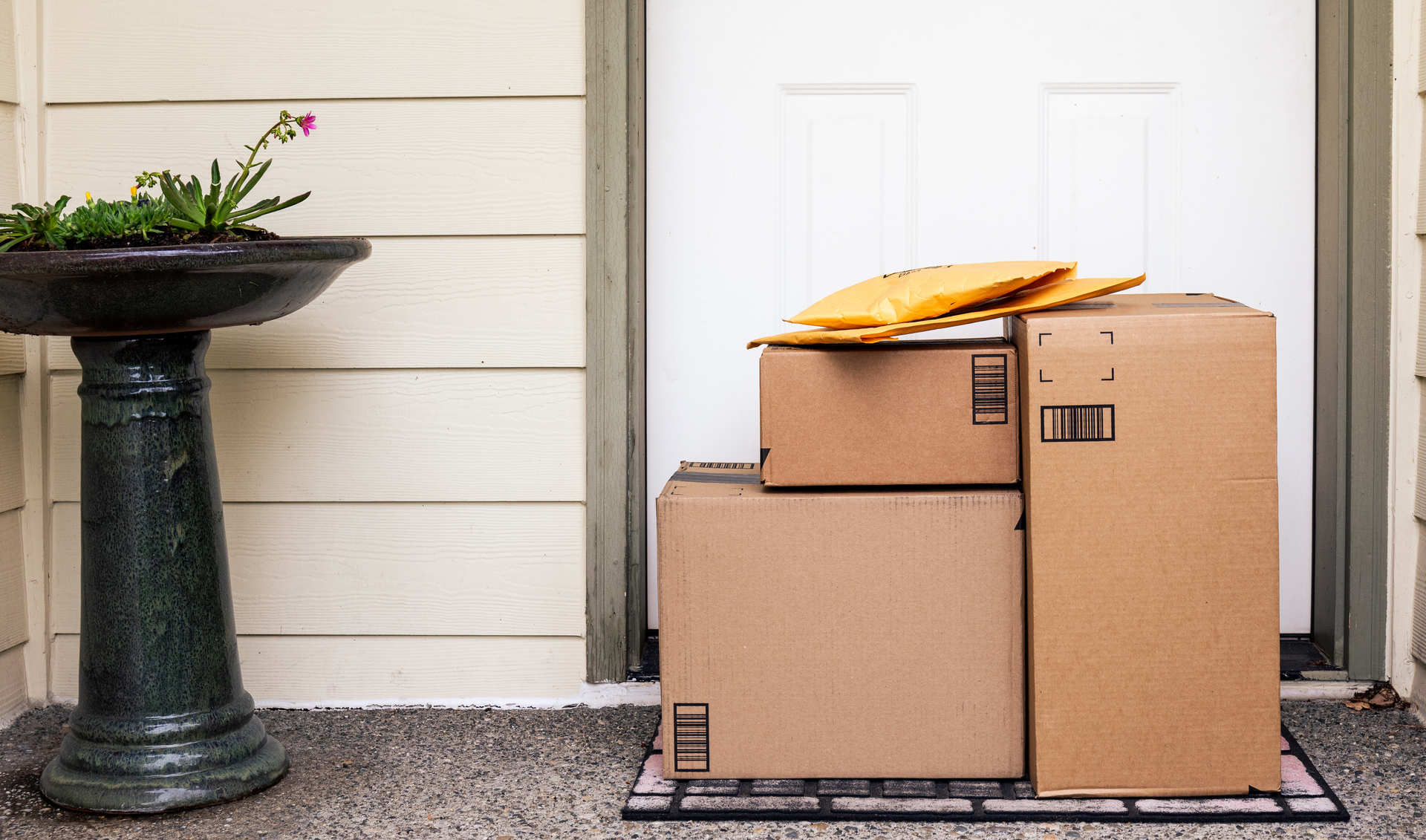 Sea Limited has often been dubbed the “Amazon of Southeast Asia,” and that alone makes it worth watching as a potential “next Amazon.” That region of the world has a rapidly growing consumer class — or at least it did until the coronavirus pandemic struck.

Combined with the general abandonment of Chinese shares by market participants, a high valuation and its lack of profitability, Sea Limited shares have been decimated lately, now sitting about 50% below their 2021 highs. But the company’s still-rapid growth and plans to expand its e-commerce offering to Latin America and Europe could prove to be huge opportunities for the company. In addition to its popular e-commerce site Shopee, the company also draws revenue from its mobile game publisher Garena and its payment processing platform Sea Money. 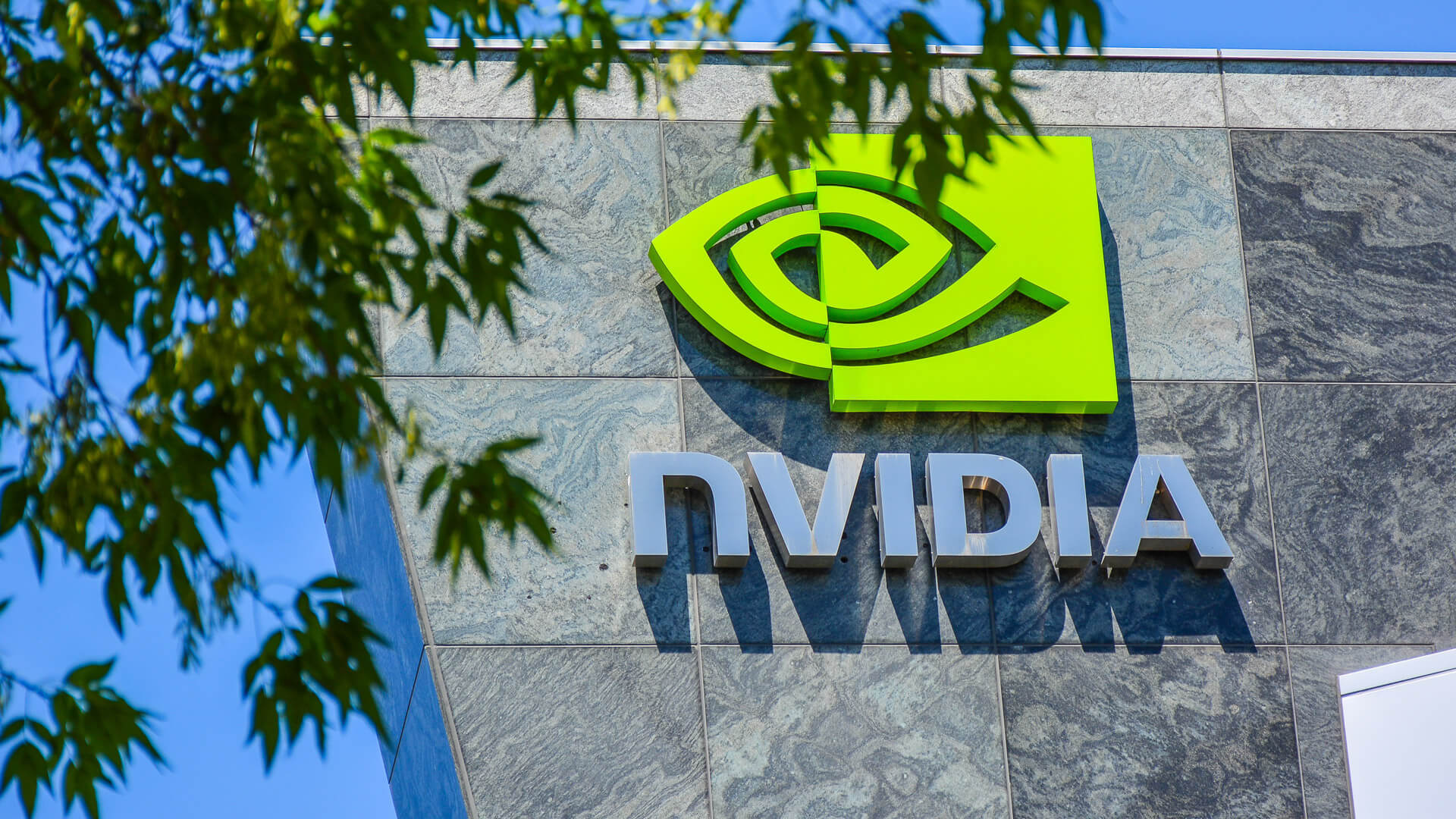 Nvidia has been a tech market leader for years now, and its growth seems unstoppable. The chip maker has been in the right place with the right product at the right time, and its stock price has reflected this. Even after taking a hit to its multiple at the end of 2021 and the beginning of 2022, as with all growth stocks, Nvidia has powered its way to an incredible 594% gain over the past three years, with annual returns of 58%, 121% and 125%.

Among other offerings, Nvidia produces GPU units that have been instrumental in the mining of cryptocurrencies and essential to the video game industry. The company also produces chip sets that power everything from robotics to self-driving cars. As all of these are hot growth industries, Nvidia seems likely to continue on its torrid pace. 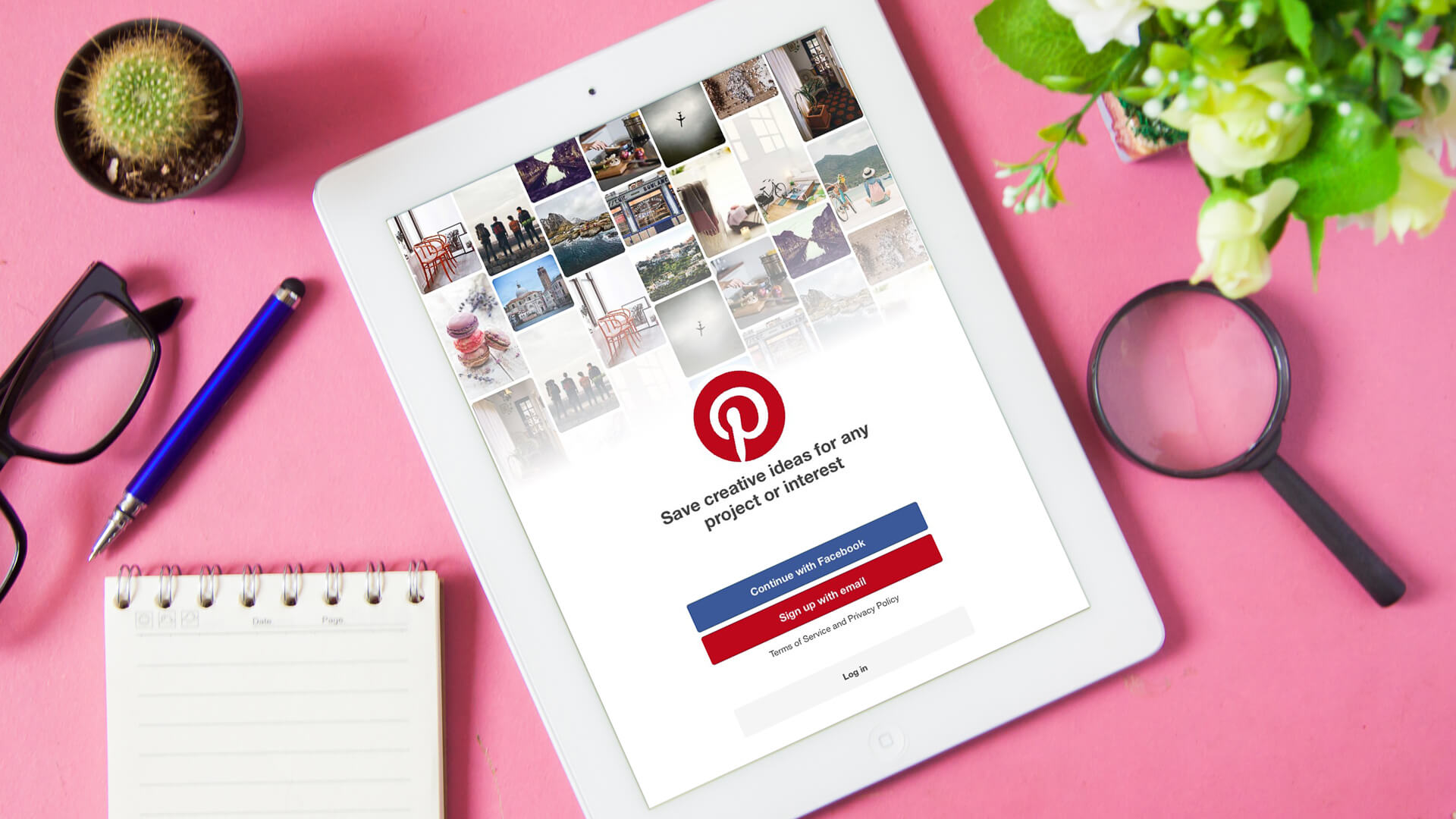 Pinterest is an incredibly popular social media space whose stock has been hammered along with so many other growth stocks at the end of 2021. Now trading about 64% below its 2021 high of $89.90, there’s no doubt that the stock faces some headwinds. Privacy concerns regarding social media apps have spilled over to Pinterest, and its most recent earnings report left investors concerned about the growth rate in its users.

However, Amazon itself had many growing pains in its younger days — and Apple actually went bankrupt — but we know how those stories ended. If Pinterest can regain its footing in an anticipated post-pandemic world, it might be back on its way to making new highs. 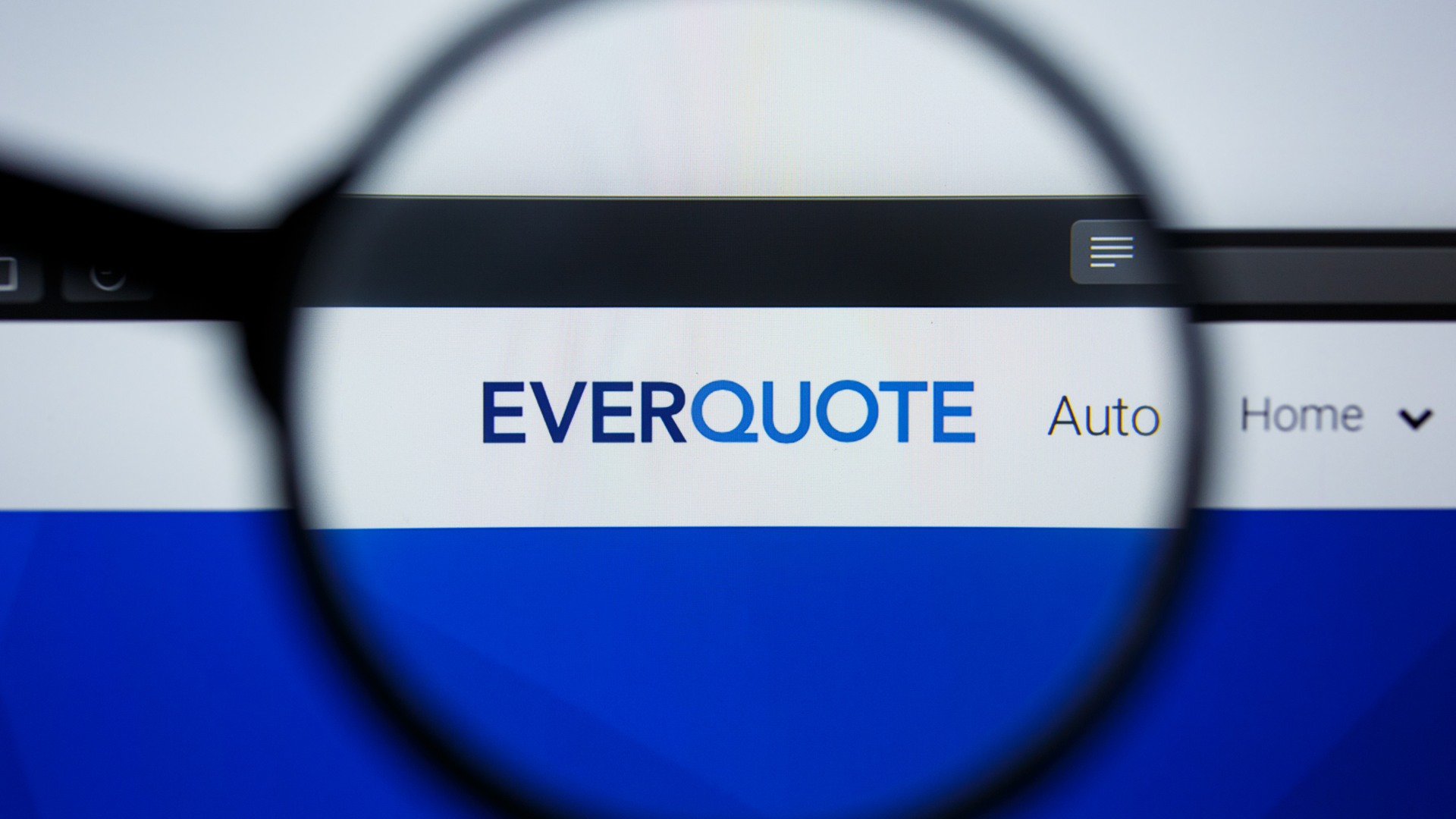 Everquote is definitely a high-risk, high-reward play. The online provider of insurance quotes provides aggregated information from a variety of providers to allow consumers to choose where they want to buy their auto, home, medical, life, renters or commercial insurance products. Shares are down more than 70% from their 2021 all-time highs, as investors have been disappointed with recent results and growth stocks in general have gotten hammered.

Yet, analysts have a consensus “buy” rating on the stock, with an average price target of $20.20, or about 34% above current levels. If the company can execute on its vision to be the dominant provider of online insurance quotes, it could end up being the Amazon of its industry. 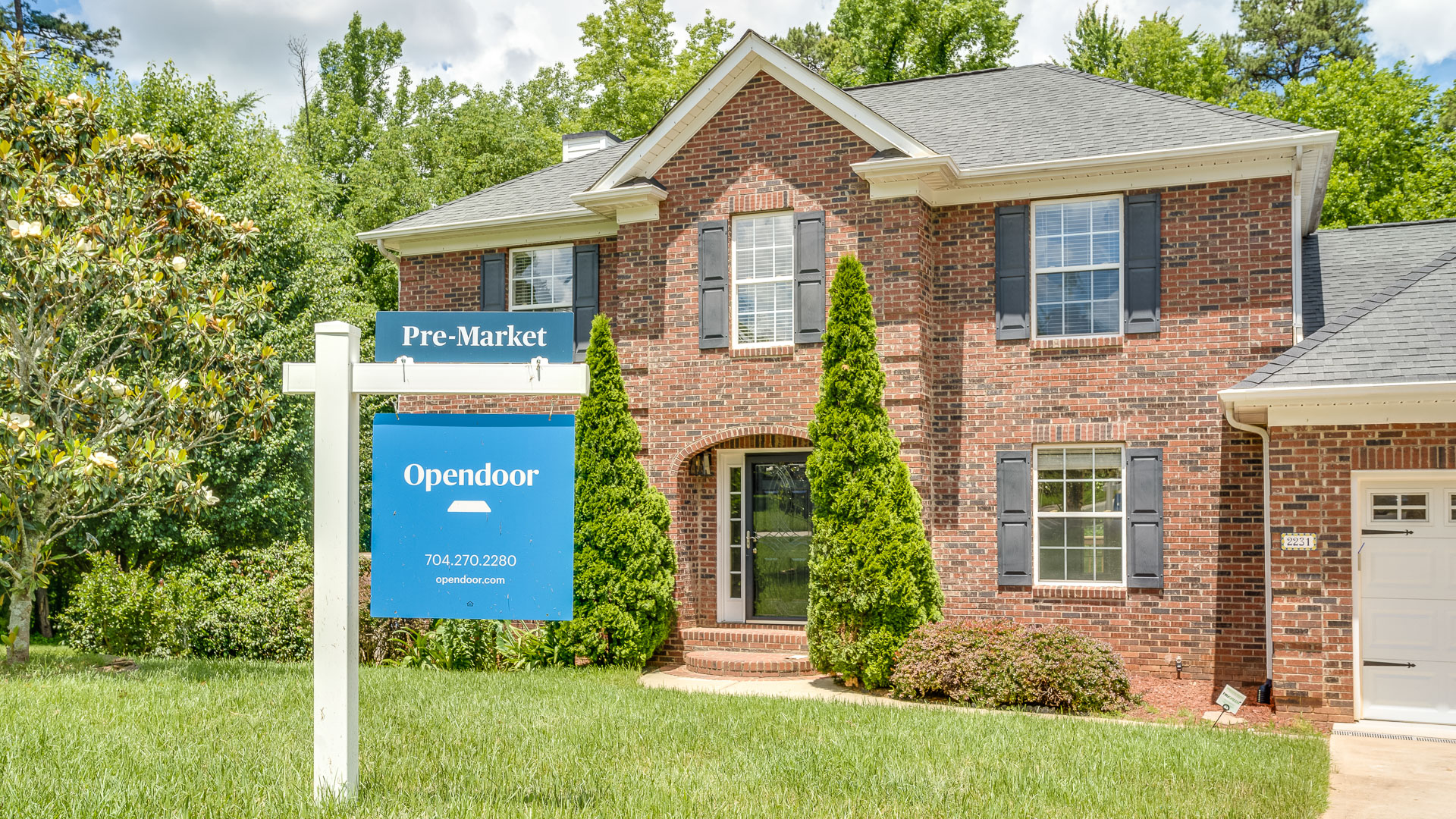 Opendoor Technologies is another risky stock that could be a huge winner if it can manage its business successfully over the long run. The online real estate innovator took a hit on a number of fronts in 2021, as competitor Zillow dropped out of the home-buying business due to lack of profitability. Fears over high-growth stocks with no profits took over the market at the end of 2021, and Opendoor got swept up in that selloff as well.

However, believers cite the company’s strong growth rate in a nascent industry that has the potential to become the “new normal” for real estate transactions. Whether or not that comes to fruition will determine whether Opendoor Technologies becomes “the next Amazon” or falls by the wayside.

Cut Back: How To Save Money on All Your Monthly Expenses and Bills 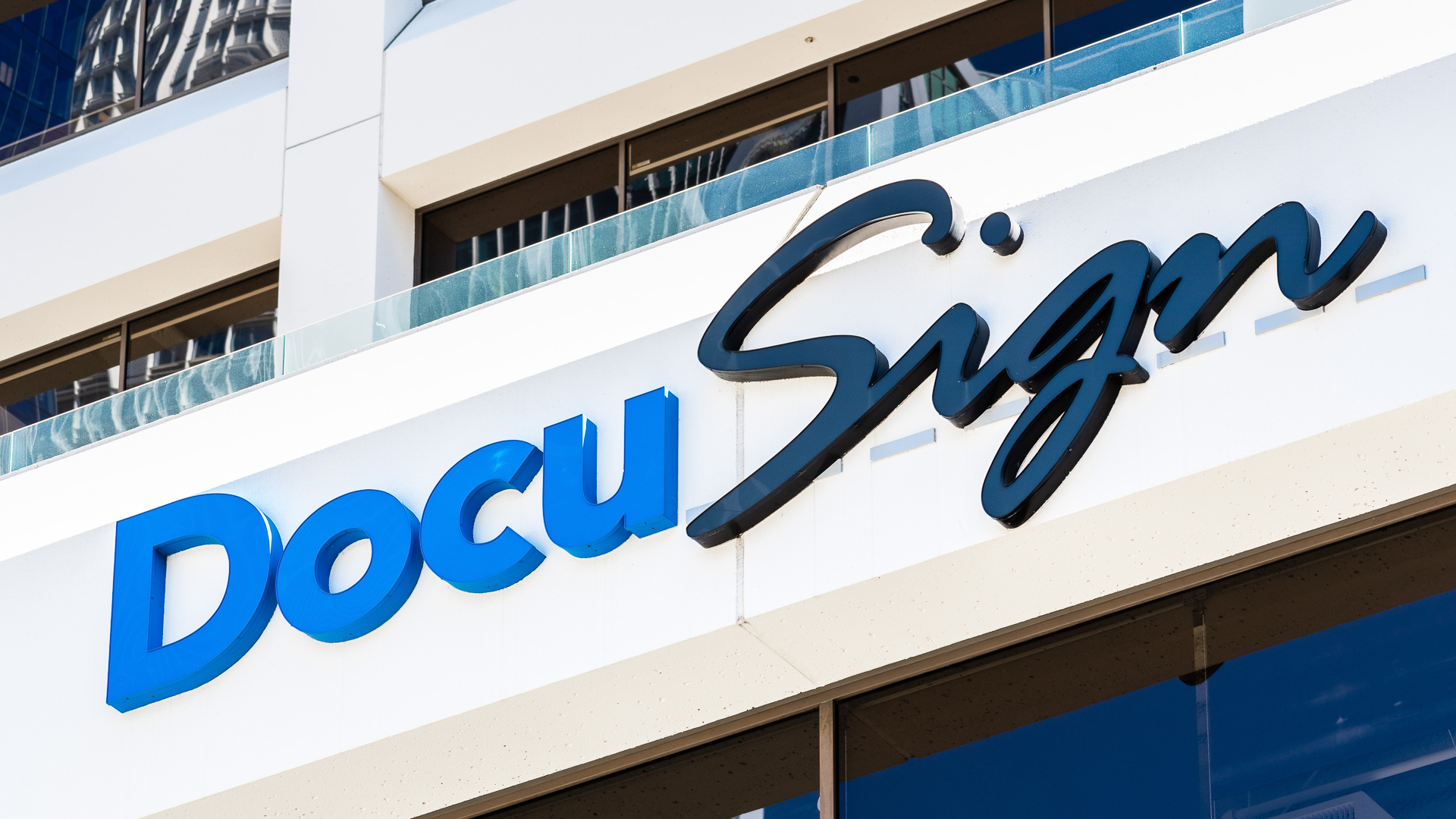 Docusign’s stock got pummeled in late 2021 due to a variety of factors. In addition to the general fear of rising interest rates hurting growth stock multiples, analysts and investors alike jumped ship over worries that Docusign’s growth will be stunted when the pandemic ends. But Docusign bulls argue that Docusign was growing rapidly even before the pandemic juiced revenue, and that even if the pandemic ends — which is still not a certainty — the demand for digitally signed documents will continue to rise, and remote work will remain a reality into the future.

Docusign also has its eyes on international growth, expanding its relationship with Salesforce to generate additional global sales. Down about 57% from its 2021 high, Docusign could offer an attractive risk/reward for more aggressive traders. 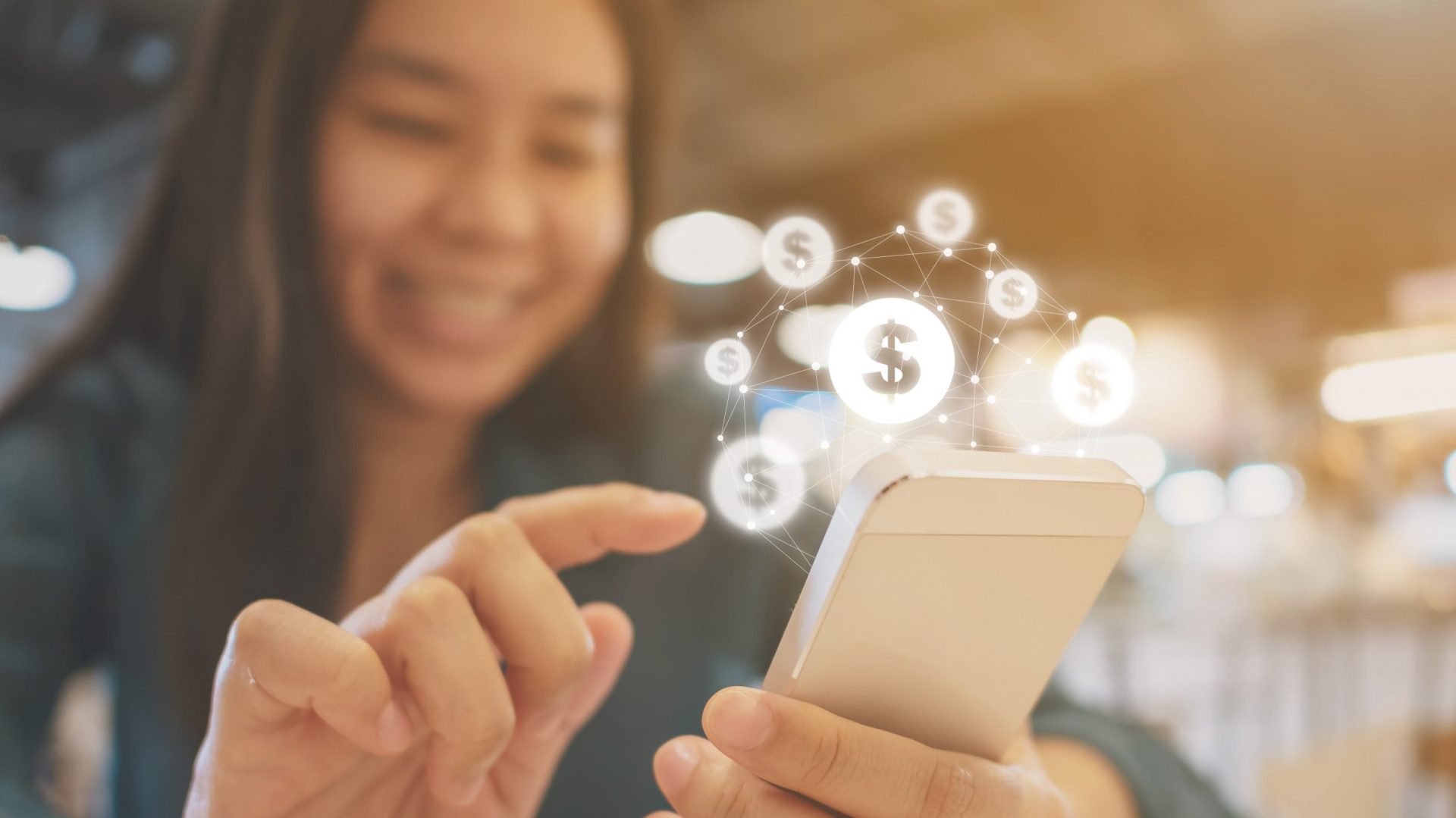 Would you be interested in a stock owned by Warren Buffet’s Berkshire Hathaway that trades more than 80% off its 2021 high? What if it was in the trendy fintech industry? If so, then StoneCo might be just what you’re looking for. The Brazil-based payment processing company provides a cloud-based technology platform to assist businesses with their electronic commerce needs.

After a good start in 2021, shares have been wiped out due to a perfect storm of Brazilian economic uncertainty and rising interest rates, a lack of profitability and the evisceration of high-multiple stocks in 2021 and 2022. But the core business of StoneCo remains strong, and the opportunity for fintech companies is great in countries like Brazil, which lack the traditional banking infrastructure of more developed companies. 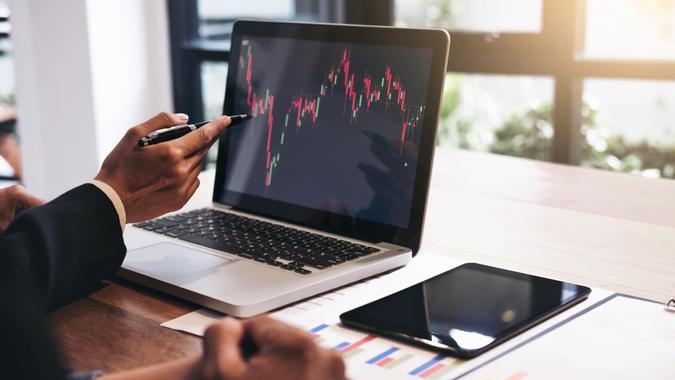 Pay attention to these stocks in 2022.