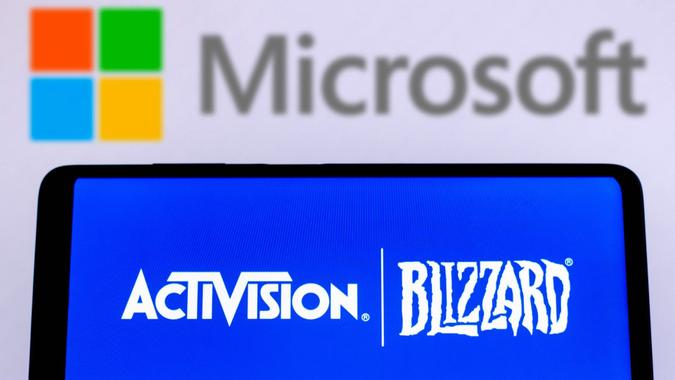 The bad news keeps piling up for Activision Blizzard, as the troubled video game maker now faces a lawsuit from a handful of New York City employee pension groups over its deal to be acquired by Microsoft. The five groups, which all own shares of Activision, allege the company failed to turn over financial records they requested to find out if it got the best deal from Microsoft, The New York Times reported.

See: 6 Bad Habits That Hike Up Your Grocery Bill
Learn: How To Get Rich With a Normal Job

The lawsuit, filed in Delaware state court last month, questions whether shareholders were done a disservice when Activision agreed to sell to Microsoft for about $70 billion, or roughly $95 per share — a sum the groups say is undervalued. Activision, based in Santa Monica, California, is best known for popular games such as “Call of Duty” and “Overwatch.”

Pension groups involved in the lawsuit include the New York City Fire Department Pension Fund and the Teachers’ Retirement System for the City of New York.

News of the suit first surfaced Wednesday on Axios, though it had little negative impact on Activision’s stock price. Its shares closed up 0.58% amid a broader rally by the stock markets.

The pension groups want to access certain books and records to investigate the “independence and disinterestedness” of Activision’s board of directors in relation to the Microsoft deal, the lawsuit says. Specifically, they want to know whether Activision CEO Bobby Kotick made a hasty and undervalued deal with Microsoft to avoid potential consequences over sexual misconduct complaints against the company.

“Kotick was aware of numerous credible allegations of misconduct by the company’s senior executives — but did nothing to address them or prevent further offenses,” the lawsuit said. “Kotick therefore faced a strong likelihood of liability for breaches of fiduciary duty, together with other members of the board.”

An Activision spokesman said the company disagreed “with the allegations made in this complaint and look forward to presenting our arguments to the court.”

Activision is no stranger to lawsuits. Last summer a California employment agency sued the game maker for fostering a work environment in which women were routinely harassed. One of the sexual harassment suits was resolved with an $18 million settlement in March. Another suit brought by investors in connection with the Microsoft deal was dismissed last month.

On top of its legal woes, Activision’s financial performance has been less than stellar of late. It posted disappointing first-quarter earnings last month as demand for its latest ‘Call of Duty’ release fell short of expectations, The Street reported.

The company’s stock price has largely gone sideways since the Microsoft deal was announced on January 18, 2022. That deal was originally expected to close in spring of 2023. However, the pending lawsuits could throw a wrench into things if it can be proven that Kotick didn’t follow proper channels to ensure the best price from Microsoft.