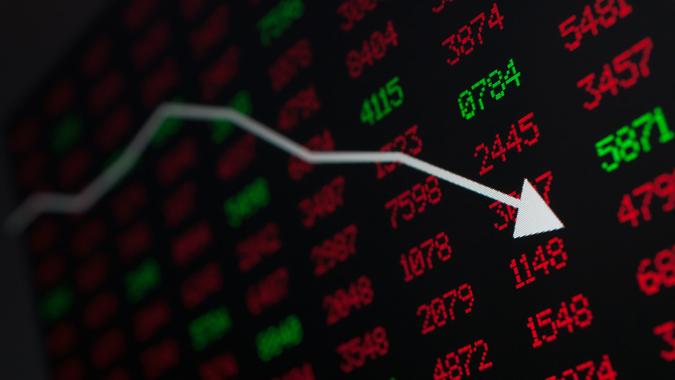 See: Nominate Your Favorite Small Business and Share With Your Community
Find: Stocks to Buy With Your Stimulus Savings

One particular fund, Archegos, was heavily leveraged in ViacomCBS. News of the failed offering sent ViacomCBS’s stock price sharply downward and resulted in investors activating margin calls in droves. A margin call forces an investor to increase the equity in their account, whether by adding cash or selling securities.

Archegos was forced by its investment banks to sell off more than $20 billion worth of shares after positions moved against the fund. “The companies involved ranged from Chinese technology giants to U.S. media conglomerates,” Bloomberg reports.

As a result, Viacom and Discovery posted their biggest declines ever Friday, after analyst downgrades following the fire sale.

See: What Is Buying on Margin?
Find: How Much $1,000 Would Be Worth If You Invested In These Pandemic-Winning Stocks 1 Year Ago

Banking stocks also tumbled in the wake of the sell-off. Nomura and Credit Suisse have both warned investors of coming losses. Credit Suisse was among the banks that started exiting their positions after Archegos defaulted on its margin calls.

Credit Suisse also stated that the losses could be “highly significant and material to our first quarter results,” Reuters stated.

Some believe that one of the reasons for the massive sale is that brokers acted quickly to reduce exposure to Archegos because they were fearful of other investment funds selling off on the same scale, reports the Financial Times.

See: How to Pick the Smartest Investment Strategy for Your Money
Find: A Guide to Options Trading for Beginners

Central bank liquidity and excess cash in the hands of funds easily allows the use of margin debt and under-the-table derivative deals like the ones that allowed Archegos to become to highly leveraged.

Fears that more sell-offs are on the way have markets on anticipatory watch for Monday’s activity. As of Monday morning, European banks fell across the board, with Deutsche Bank down 5%, UBS down 4% and Barclays and BNP Paribas down 2%. Goldman Sachs and Morgan Stanley have each lost around 3% in premarket trading.