Bed, Bath & Beyond up 75% in Pre-Market, As GameStop Chair Pushes for Major Change 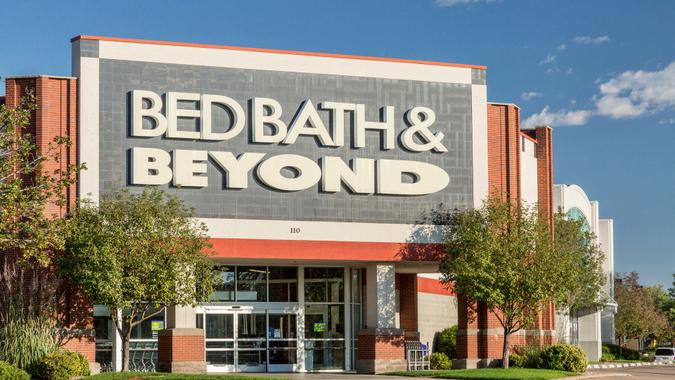 GameStop chair and Chewy co-founder Ryan Cohen revealed his company, RC Ventures holds a 9.8% share of Bed, Bath & Beyond, which sent the stock soaring 75% in pre-market trading on March 7.

See: Top 6 Stocks To Buy in March, According To Experts
Find: The Cheesecake Factory and Other Major Companies That Offer Employee Stock Options

Cohen, in a letter to Bed, Bad & Beyond’s board, also said that the company needs to narrow its focus to fortify operations and maintain the right inventory mix to meet demand, while simultaneously exploring strategic alternatives that include separating buybuy Baby and a full sale of the company.

“From our vantage point, Bed Bath’s strategy looks far better in a PowerPoint deck than it does in practice. It is full of “principles” and “pillars” that high-priced management consultants probably thought would placate information-hungry analysts and satisfy shareholders,” Cohen wrote in the letter. “However, we – and apparently a large portion of the market based on Bed Bath’s short interest – doubt the Company can simultaneously buy back shares, cut expenses, invest in its infrastructure and growth, launch new offerings and meet customer demand for core goods. This plan, at least in its present form, does not seem viable.”

Cohen notes that almost two-and-a-half years into Chief Executive Officer Mark Tritton’s tenure, Bed Bath has underperformed the S&P Retail Select Industry Index by more than 58% on an absolute basis and is looking at an approximately 29% decline in full-year sales from pre-pandemic levels. He added that in the most recent quarter, core sales dropped by 14% year-over-year and same-store sales dropped by 7% year-over-year.

“These results cannot be solely blamed on the pandemic when other retailers are nearing or exceeding 2019 sales levels,” he wrote, adding that the issue at Bed Bath is that “its highly-publicized and scattershot strategy is not ending the tailspin that has persisted before, during and after the pandemic’s nadir and the appointment of Chief Executive Officer Mark Tritton.”

On Monday, March 7, Bed Bath & Beyond confirmed it had received the letter Sunday evening, according to an announcement.

See: In Wake of Russian Invasion, Experts Say Cybersecurity Stocks Remain Strong Investments
Find: Kohl’s Urged to Consider Sale and Separation from e-Commerce Side – Should You Sell Your Stock?

“Bed Bath & Beyond’s Board and management team maintain a consistent dialogue with our shareholders and, while we have had no prior contact with RC Ventures, we will carefully review their letter and hope to engage constructively around the ideas they have put forth,” according to the announcement. “Our Board is committed to acting in the best interests of our shareholders and regularly reviews all paths to create shareholder value. 2021 marked the first year of execution of our bold, multi-year transformation plan, which we believe will create significant long-term shareholder value.”