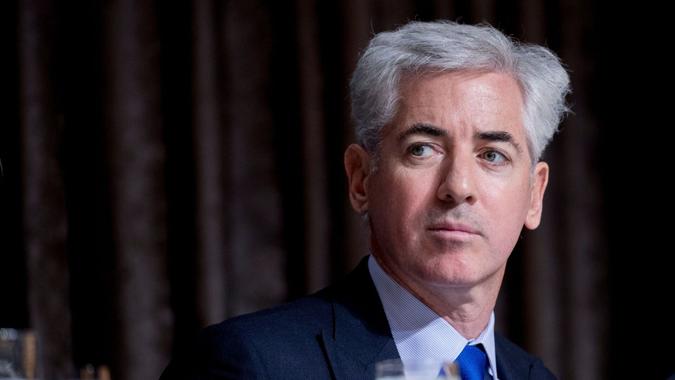 Bill Ackman’s Pershing Square Holdings ditched the Netflix stake it bought in January, saying it has “lost confidence in [their] ability to predict the company’s future prospects with a sufficient degree of certainty,” according to a letter to investors.

See: 6 Alternative Investments To Consider for Diversification in 2022
Find: 25 Things To Sell When You’re Ready To Retire

Netflix’s stock dropped 35% on April 20 following dire earnings, a loss of 200,000 subscribers and a gloomy outlook, as GOBankingRates previously reported.

The Wall Street Journal reports that Ackman’s loss is around $400 million, as the shares recorded their biggest one-day drop since 2004. Ackman acquired 3.1 million shares in January, following a selloff. The Wall Street Journal reports that Ackman disclosed the investment on January 26 and said his firm began buying the stock on January 21. During that period, the shares traded between $351.46 and $409.15. The position was estimated at about $1.1 billion at the time and would have been worth about $700 million at Wednesday’s close.

In the letter, Ackman said that the loss on the investment reduced the Pershing Square Funds’ year-to-date returns by four percentage points.

“Reflecting this loss, as of today’s close, the Pershing Square Funds are down approximately two percent year-to-date,” he wrote.

“Yesterday, in response to continued disappointing customer subscriber growth, Netflix announced that it would modify its subscription-only model to be more aggressive in going after non-paying customers, and to incorporate advertising, an approach that management estimates would take “one to two years” to implement,” Ackman wrote. “While we believe these business model changes are sensible, it is extremely difficult to predict their impact on the company’s long-term subscriber growth, future revenues, operating margins, and capital intensity.”

He added, “One of our learnings from past mistakes is to act promptly when we discover new information about an investment that is inconsistent with our original thesis. That is why we did so here.”

Ackman explained that the current environment is “opportunity-rich” due to the dramatic shift in Federal Reserve policy, the highly inflationary environment, geopolitical uncertainty, and the resulting high degree of security price volatility.

“We, therefore, expect to find a good use for the Netflix proceeds,” he said.

POLL: Do You Think Student Loan Debt Should Be Forgiven?
Discover: Netflix Investors: What To Consider as Q1 Earnings Tank Stock

On April 20, a string of analysts cut their ratings on Netflix, including Jeff Wlodarczak, an analyst for Pivotal Research Group, who downgraded his rating on the stock from “buy” to “sell” and chopped his 12-month price target by almost 60%, to $235 per share, according to Variety.