Does ‘The Stock Market Game’ Really Teach Teens About Investing? 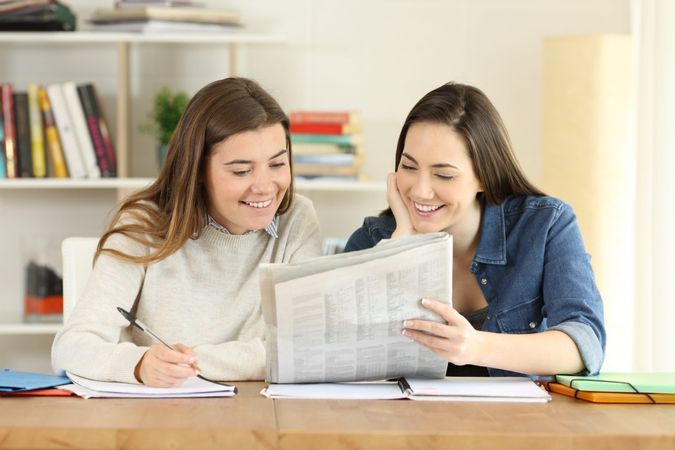 See: Should Your Teen Save for College or Invest for Retirement?
Find: Teens Are Taking High Paying Jobs, Filling Employment Gaps Left by Adults During COVID

The program, launched in 1997, is an online simulation of the global capital markets that engages students grades 4-12 in the world of economics, investing and personal finance, and prepares them for financially independent futures, according to SIFMA. More than 600,000 students take part every school year across all 50 states and it has reached 20 million students since its inception.

According to the foundation, the program’s impact is vast, with increases in student attendance, engagement and class participation and improved academic performance and financial behavior.

“It demonstrates how their decisions of what to buy or sell impact their portfolio, obviously this is without them needing to take on any actual monetary risk. It also allows them to understand how other factors in the economy, global issues and even politics can affect their portfolio. These outside influences many times do not have any direct correlation to their investment decisions, yet their portfolio will react to them. It’s great for participants to really see how many factors can affect the market.”

And the program might become even more relevant, as in the past months, the financial markets have seen a surge of young investors, thanks to a confluence of factors, including the rise in popularity of trading apps and social platforms, such as Reddit, as well as lower barriers to entry.

According to a recent Wells Fargo survey, while 57% of teens say they learned about handling finances from their parents, 35% say they learn from social media. And the survey also notes that 45% of teens said they were more interested in investing this year because of the GameStop social media situation.

The Stamford Advocate reported that a trio of Stamford students got in on the GameStop stock action, which led their team to a second-place finish in a nationwide competition involving every American congressional district.

The teens invested approximately a fourth of their portfolio in the GameStop stock, which was referred to as their “golden goose,” according to the Advocate, which added that students in the competition could only invest up to 25% in any one stock, so the three students decided to max out their investment, which “proved to be a wise decision, if a risky proposition.”

Harrison Wallace Financial Group’ Daugs notes that another interesting aspect was the ability for kids to make decisions as a team and be competitive with other teams. ” It illustrates the importance of analysis of each stock, how they value a good company versus one that may be struggling, and ultimately what to add or sell from their investments. Seems to be a great tool for any young budding investor,” he tells GOBankingRates.

Melanie Mortimer, president of the SIFMA Foundation, said financial literacy and education have been neglected in public schools, according to the Stamford Advocate.

“Schools think that the parents are doing it, parents think the schools are doing it, and somehow kids are being dropped from the picture,” she told the paper, adding that students involved in the program started watching the news more attentively and paid more attention to what is happening around them in order to make sound financial decisions.

Jason Moser, an analyst at The Motley Fool, echoes the sentiment, telling GOBankingRates that unfortunately, most children grow up without learning anything about the world of investing, and this can have a serious impact on their long-term financial success.

See: How Will Teens and Gen Z Invest Their Money? Think Low-Risk, ESG and Roboadvisors
Find: Acorns, WeBull and More Apps Teens Can Use To Invest

“It’s one thing to explain the benefits of investing to children, but if they don’t ultimately see actual results, they will lose interest fast,” Moser says, “Having them start young and keep score will give them the opportunity to see what can happen firsthand. We want to be able to show them concrete, indisputable evidence of the power of long-term investing.

“Money isn’t everything, but obviously, we need it to live. It’s a competitive world out there, and the lessons from investing (along with the financial rewards) will put them in a great position to forge their own way in life.”
More From GOBankingRates