Can You Still Buy Twitter Stock If Elon Musk Owns the Company? 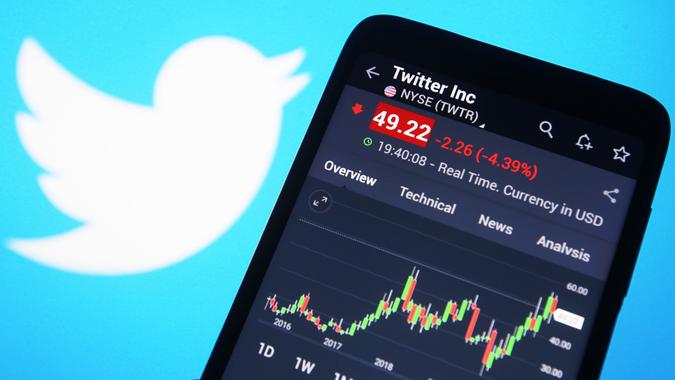 Chances are you won’t have to look hard to find news about Elon Musk’s acquisition of Twitter today on your news feed. It is not every day that the world’s richest man buys a product that is used by over 200 million people a day. The good news for intrigued investors is that there is still time to buy stock in Twitter before it becomes a private corporation.

Musk — a Twitter user with over 85 million followers — began acquiring stock in January and announced his intention of buying the platform on April 14, having already owned 10% of the website. After originally resisting Musk’s potential hostile takeover bid by adopting a “poison pill” defense, Twitter’s board eventually relented and has agreed to his best offer purchase of $44 billion, equivalent to $54.20 per share.

The Twitter sale is a near-certainty, but it won’t be finalized right away. Until the company has been granted regulatory approval and is taken private, no immediate changes to the functionality of the website will happen and anyone can buy shares of the social media platform, using any brokerage firm.

Once Twitter goes private, potential investors will not be able to buy shares. However, it could take a few (potentially volatile) weeks until the company is delisted from the New York Stock Exchange.

Anyone interested in becoming a Twitter shareholder can set up a brokerage account to which they can link a checking account to buy and sell stock. After registering, simply search for Twitter’s ticker symbol, $TWTR, to begin buying.

Once the company is taken private, anyone with share equities will be paid out with a tender offer. This might mean a nice payday for those who were already invested but, more significantly, a possible loss for those buying today at $54.20. Investors who take the tender offer will be cashed out for the value of the shares at the time when privatization goes through, so if prices go down, new traders could stand to lose money.

POLL: Do You Think States Should Suspend Their Gas Taxes?
Find: From Doge to Dorsey: Reactions to Elon Musk Buying Twitter

Musk’s Twitter deal is the second-largest buyout in history, after the 2007 sale of Energy Future Holdings for $45 (formerly known as TXU Corporation) by Kohlberg Kravis Roberts, TPG Capital and Goldman Sachs Capital Partners.