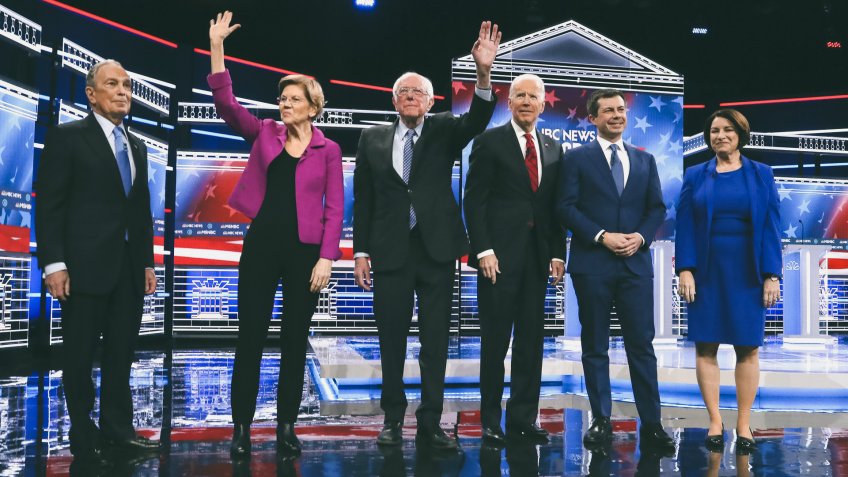 If a Democrat takes the White House in 2021, many financial experts believe that this would have repercussions on the stock market.

“The market would probably sell-off in the short-term regardless of which Democrat is elected,” said Marc Lichtenfeld, chief income strategist at The Oxford Club. “After that, it won’t matter much. When President Obama was elected, that was supposed to be the end of our economy. Instead, the market performed better in his first three years than it did under pro-business President Trump.”

But the market can react regardless of what history has shown to be true. Here are the candidates experts predict would rock the boat the most and least if elected. 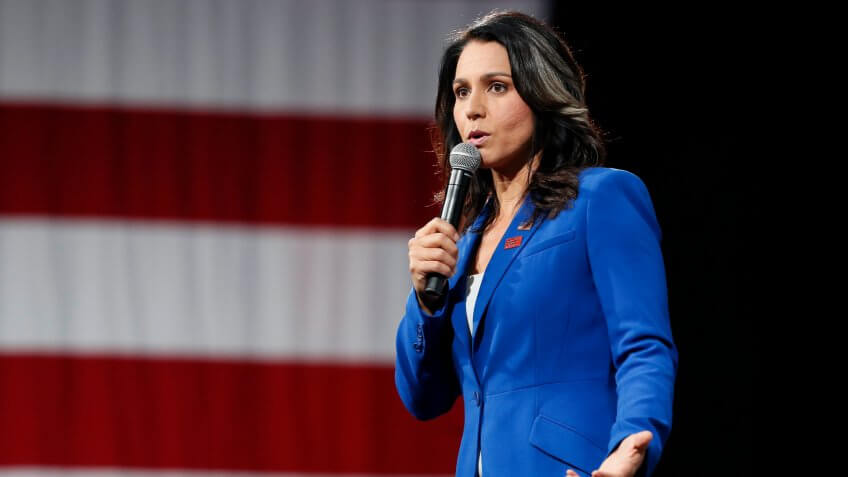 Rep. Tulsi Gabbard believes that big banks like Wells Fargo should be broken up to protect the American people and the economy — she has said that big banks have too much influence on the political system and the economy. Gabbard has advocated for Wall Street reform throughout her tenure in Congress and has called for criminal investigations of Wall Street executives who “gamble with money from American taxpayers.”

“Big banks continue to act like the rules don’t apply to them,” Gabbard tweeted. “It’s time we hold banks, like Wells Fargo, accountable to the law.” 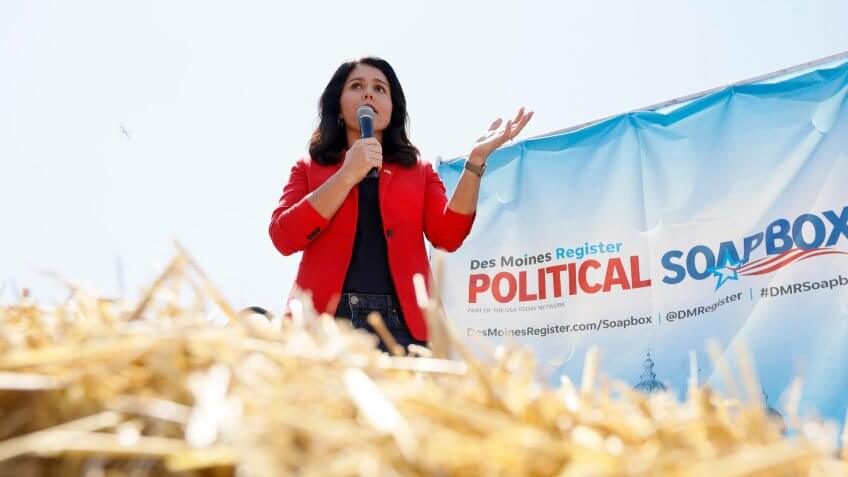 What the Experts Think About Gabbard

Although Gabbard has publicly spoken out about the need for Wall Street reform, she has gotten the support of several Wall Street execs. In October 2019, Gabbard held an off-the-record meeting with Wall Street executives at Anthony Scaramucci’s Hunt and Fish Club restaurant, FOX Business reported.

“Tulsi is a rock star,” one Wall Street executive who attended told the news channel. “She’s warm and smart, people in the room loved her.” 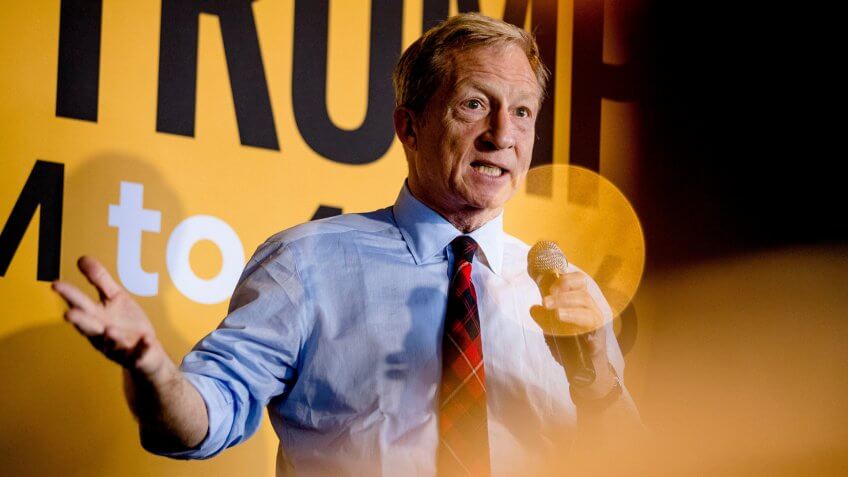 Tom Steyer is a Wall Street insider, having made his fortune as a hedge fund manager. However, he has spoken out against big banks and even founded a nonprofit bank with his wife as part of their mission to build a better banking industry.

“After the big banks took advantage of millions of Americans during the recession, my wife Kat and I took action and started a non-profit community bank,” Steyer posted on Facebook in October 2019. “For us, the difference between words and actions matters. That’s a lesson politicians in Washington could use right now.” 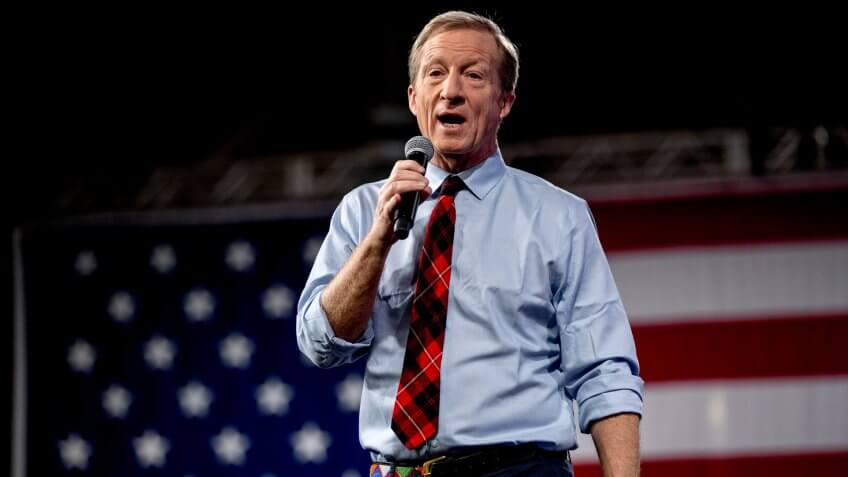 What the Experts Think About Steyer

Steyer has announced that he would raise the minimum wage to $22 if elected, which could have negative repercussions on some company stocks, experts say.

JPMorgan Chase believes that companies like Gap and the pizza chain Papa John’s International could face pressure on their profit margins if a president pushes for raising the national minimum wage, The New York Times reported. 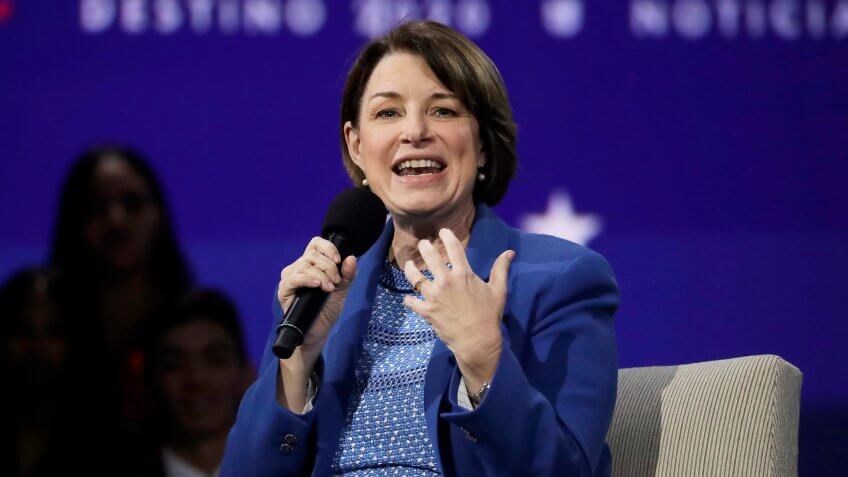 “Banks are making billions, while workers are losing out,” she tweeted in February 2019. “It’s time for a tax policy that puts middle-class families first.” 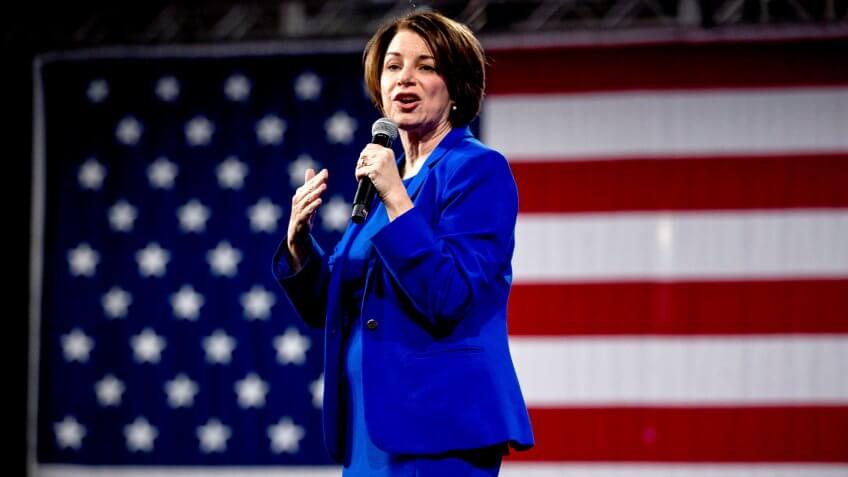 What the Experts Think About Klobuchar

“The ideal candidates from the standpoint of the stock market on the Democratic side of the aisle are Michael Bloomberg, Pete Buttigieg, Sen. Amy Klobuchar and Joe Biden,” said Robert R. Johnson, professor of finance at the Creighton University Heider College of Business. “All are basically centrists regarding economic policies and actually may be preferred by Wall Street to the unpredictable Donald Trump.”

Guide to the 2020 Presidential Candidates: Here’s Where They Stand on Money Issues and More 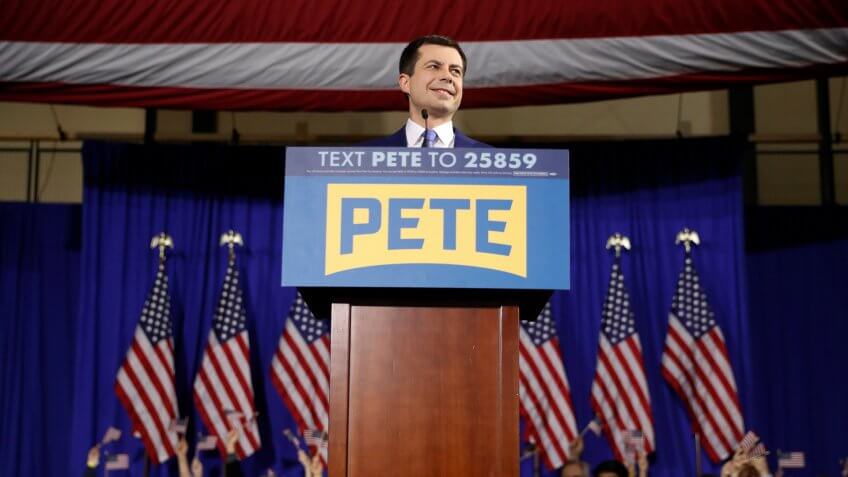 The Associated Press reported that as of December 2019, Pete Buttigieg had collected more campaign funds from donors and political action committees tied to the financial, insurance and real estate sector than any other presidential candidate, according to data compiled by the Center for Responsive Politics. Buttigieg does not have a voting record on banking policy, but he does state on his official campaign website that “economic gains should be shared by everyone.”

“The status quo with companies like Facebook and Uber setting the rules and government sitting on the sidelines must change,” his site states. “Our government can, and should, play a role in setting a level playing field that gives all Americans a chance to succeed. That doesn’t mean government taking over the economy. But government does need to be a vigorous presence in ensuring that our economy actually works for all. That means strict enforcement of new and existing labor laws to rebalance power toward workers and ensure that new industries and technologies fuel growth, not more inequality.” 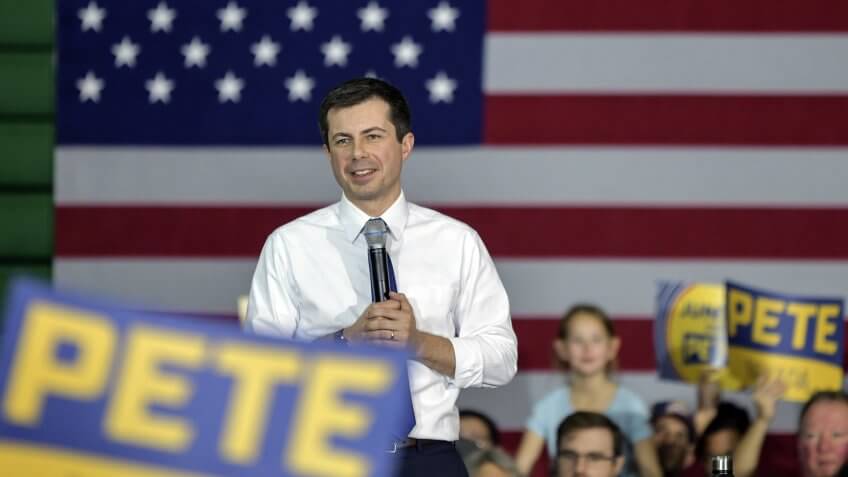 What the Experts Think About Buttigieg

“Pete’s the status-quo candidate,” Cramer told CNBC. “He doesn’t want to destroy the insurance stocks by rolling out ‘Medicare for All.’ He doesn’t want to break up the banks. […] If Mayor Pete’s a serious contender, the 2020 election might not be about class war, and you know what, that is bullish.” 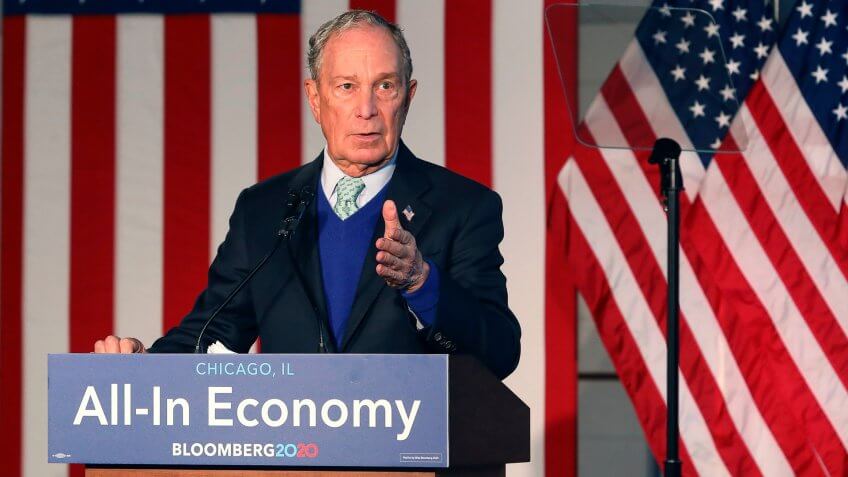 Survey: Americans Still Believe Trump Is the Best President for Their Finances 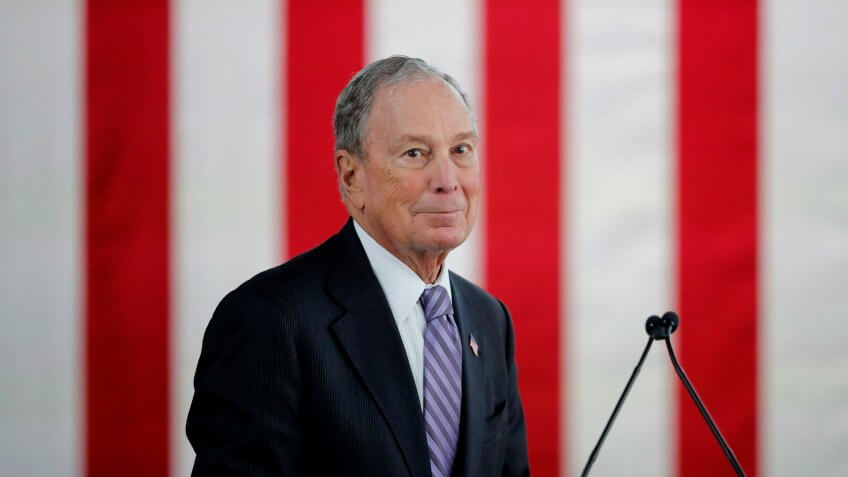 What the Experts Think About Bloomberg

“Among the Democratic candidates, the market might initially respond best to a President Bloomberg or Biden, as they are more known quantities than a Klobuchar or Buttigieg,” said Kevin O’Grady, managing director and portfolio manager at Miracle Mile Advisors. 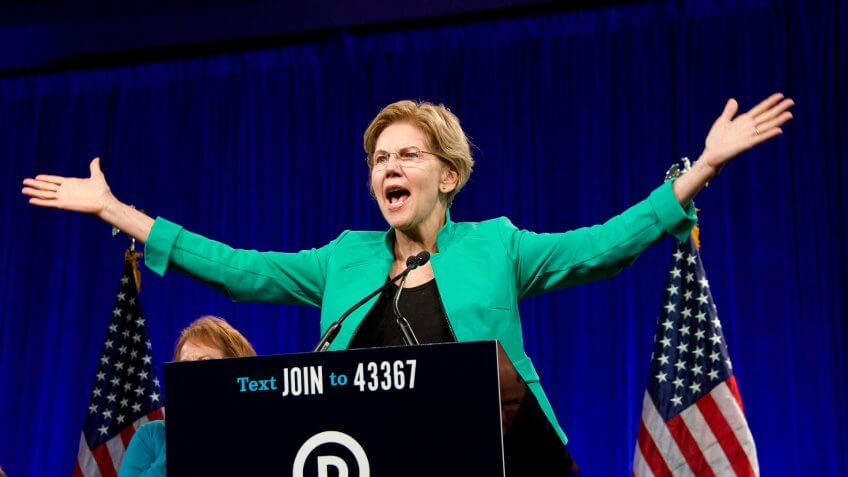 Sen. Elizabeth Warren has vowed to “end Wall Street’s stranglehold on our economy.” Her plan to rein in Wall Street includes transforming the private equity industry to stop “legalized looting,” enacting the 21st Century Glass-Steagall act to rebuild the wall between commercial and investment banks, imposing new executive compensation rules for bankers that discourage speculation and encourage productive investments, and reversing the weakening rules for big banks under Trump.

Warren advocates for postal banking and adopting real-time payment technology. In addition, her Accountable Capitalism Act would legally require big corporations to focus on the interests of all stakeholders rather than just their Wall Street investors. 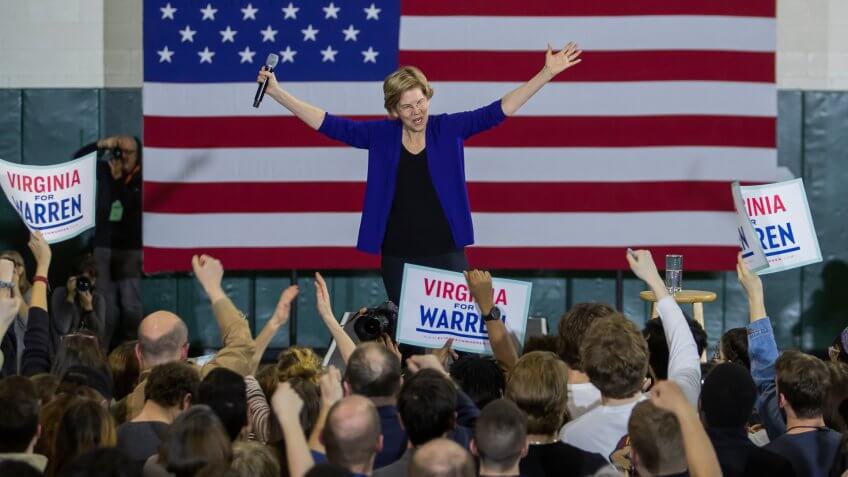 What the Experts Think About Warren

Johnson agreed but said the effects could be mitigated if the Republicans maintain control of the Senate.

“The real disaster scenario from the standpoint of Wall Street is a Sanders or Warren victory coupled with an unlikely Democratic Party majority in the Senate,” he said. “If Sanders or Warren were to win the presidency and the Republican Party maintains control of the Senate, there is a lessened likelihood of large disruptive change of our current economic system.” 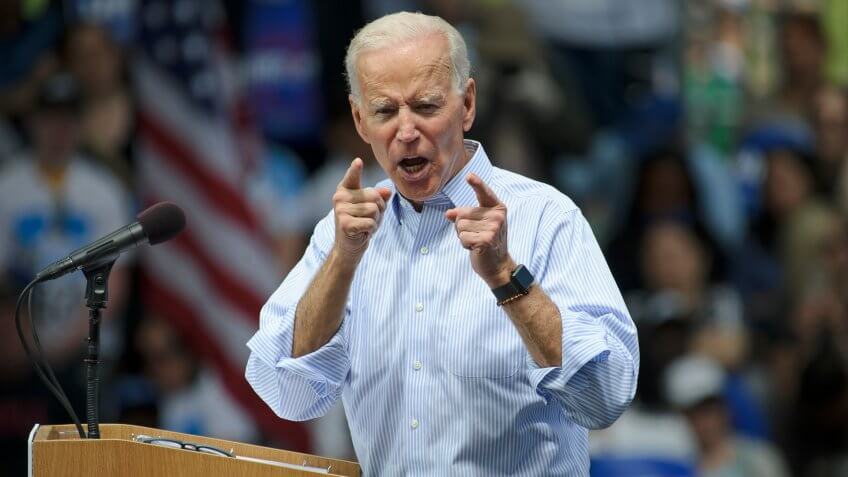 “This country wasn’t built by Wall Street bankers, CEOs or hedge fund managers. It was built by the American middle class,” Joe Biden posted on Facebook in June 2019. “It’s time we recognize that. We’ve got to build an economy and a tax code that rewards work, not just wealth.”

Biden supports raising the federal minimum wage to $15, reversing Trump’s tax cuts for the super-wealthy and corporations, and eliminating the capital gains tax loophole for multimillionaires. 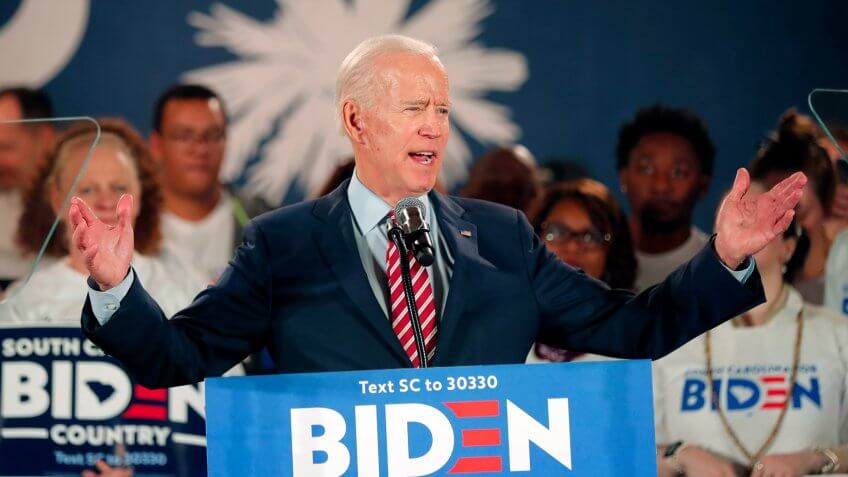 What the Experts Think About Biden

An April 2019 survey of U.S. equity investors found that two-thirds view Biden as the most stock-market friendly candidate, Bloomberg reported. Part of this is due to his centrist stance, and part is due to his familiarity compared to lesser-known Democratic candidates.

Deputy assistant treasury secretary Stephen Pavlick told Yahoo Finance that “markets would prefer a Joe Biden than an Elizabeth Warren or a Bernie Sanders.” Pavlick said that Biden is someone “the markets are familiar with, comfortable with. Biden’s been a fixture in D.C. for a very long time. A lot of people know him, a lot of industries are familiar with where he is, and I think he would be less likely to disrupt the status quo.” 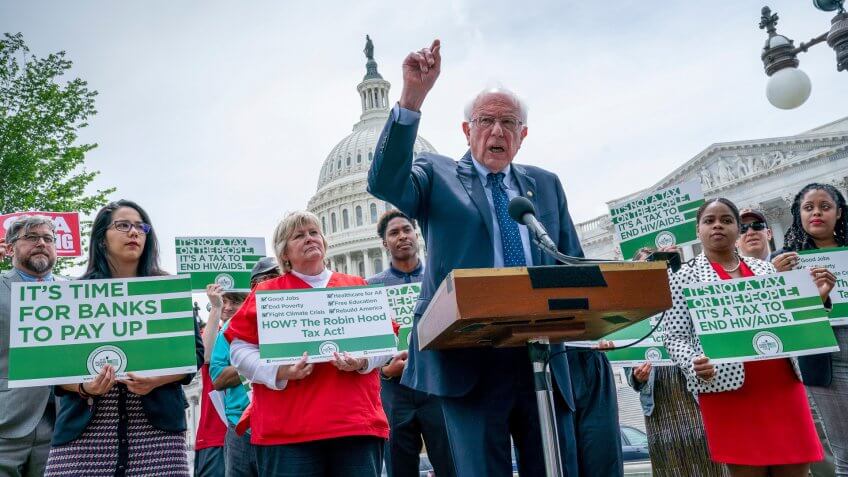 Sen. Bernie Sanders has long advocated for Wall Street reform. His proposals include breaking up big banks, reinstating the Glass-Steagall Act, capping interest rates and ATM fees, allowing for postal banking, auditing the Federal Reserve to make it more responsive to the needs of average Americans and implementing a financial transactions tax. 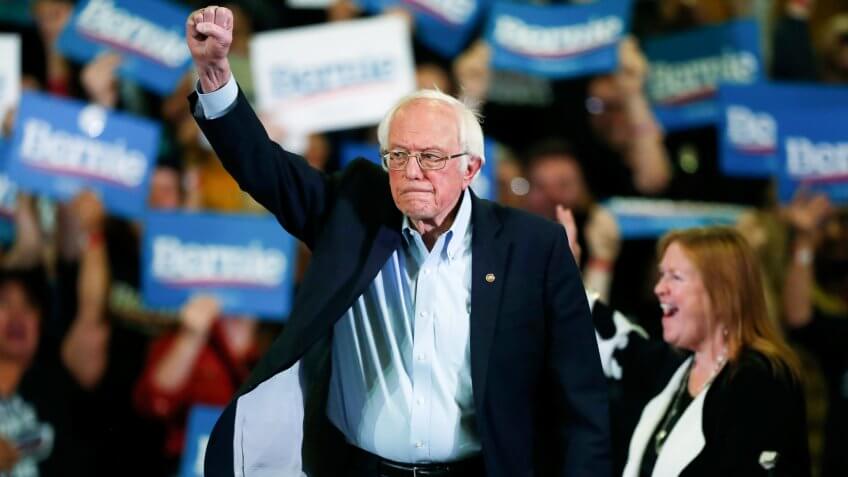 What the Experts Think About Sanders

“If Bernie Sanders, currently in the lead, wins the nomination, markets may struggle,” Elam said. “His agenda is especially detrimental to healthcare companies.” 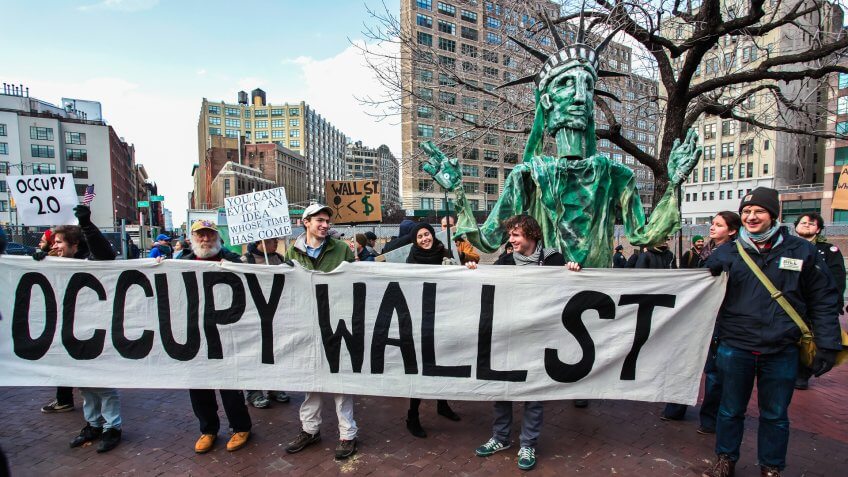 A view of some of Wall Street's most epic collapses.