GameStop Stock Jumps After Split Announcement — How Investors Can Capitalize 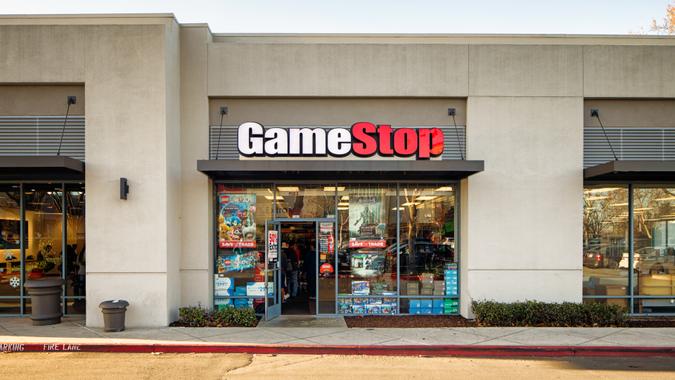 Meme stock darling GameStop announced on July 6 that its board of directors approved the four-for-one stock split the company had announced on March 31.

Shares surged on the news, and were up 9.1% in pre-market trading on July 7.

The split — which is an increase in the number of shares — will enable more investors to afford to invest in GameStop and may broaden the company’s audience and reach.

The company said that stockholders of record at the close of business on July 18, 2022, will receive a dividend of three additional shares of the Company’s Class A common stock for each then-held share of Class A common stock. The stock dividend will be distributed after the close of trading on July 21, 2022, and trading will begin on a stock split-adjusted basis on July 22, 2022, according to a press release.

GameStop is just one of many companies that have recently announced stock splits. Amazon split its stock in June, Shopify announced one in April, Tesla in late March, and Alphabet in February.

According to Bank of America analysts, “since 1980, S&P 500 companies that announced stock splits significantly outperformed the index 3, 6, and 12 months after the initial announcement.” Said analysts added that “stocks that have split on average gained 25% over the next twelve months, versus 9% gains for the broad index,” Seeking Alpha reports.

BofA analysts further noted that some of the stated outperformance is likely due to momentum.

“Companies that announce splits have likely seen sustained market outperformance and expect that outperformance to continue,” they added, according to Seeking Alpha. “Underlying strength in the company is a primary driver of elevated prices. Once the split is executed, investors who have wanted to gain or increase exposure may start to rush for the chance to buy.”

GameStop, which has achieved a somewhat cult-like status among investors by becoming a meme stock, has been trying to diversify its core business over the past few months in an effort to turn around its business.

In May, the company launched a beta version of its digital asset wallet, which allows gamers and others to store, send, receive and use cryptocurrencies and NFTs, as GOBankingRates previously reported.

Not All Experts Impressed With GameStop

However, some experts are not convinced that the split will benefit the company. Peter Cohan, a senior lecturer at Babson College and author of “Goliath Strikes Back,” told GOBankingRates that GameStop shares have lost 64% of their value since peaking in Jan. 2021.

“Announcing a stock split is a hail Mary pass to try to get investors’ attention now that the NFT market — on which it was betting for growth — is dead,” Cohan said. “A stock split does not make the company any more valuable. To do that, management would need to come up with a strategy that propels revenues at double digit rates while earning a profit. The company falls way short of both — in April it reported revenue rose a mere 8% with a disappointing $158 million loss.”