Google Stock: Should You Buy, Sell or Hold Before or After the Stock Split? 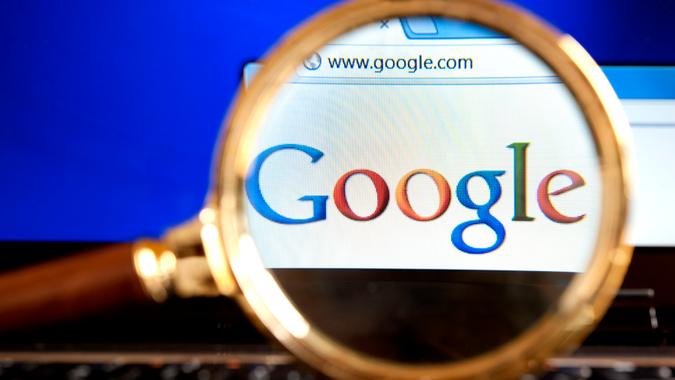 When you buy stock, you want the price to go up so you can sell it at a profit. But sometimes a stock can become too expensive, and the company thinks its high price might be discouraging to new investors. So, they split the stock — each share gets exchanged for two, three, five or even more shares. Each new share is worth proportionally less, so the total value of your position — and of the company — remains the same.

What’s the best thing to do when a stock split is announced? Should you buy, sell or hold before the split? What about after the split? Here’s what you need to know about an important stock split that’s coming up soon.

Is Google Stock Going to Split?

Alphabet (Nasdaq: GOOG, GOOGL) stock will split 20:1 after the close of trading on Friday, July 15. When trading opens on Monday, July 18, owners of the stock will have 20 times as many shares, each worth 5% of what a share was worth the day before.

New investors who buy the stock on July 18 will pay the market price at that time, which is likely to be somewhere around $112 per share. The company hopes this lower price will make the stock more attractive to new investors, which would increase demand and, ultimately, raise the price over time.

Which Google Stock Is Splitting, A or C?

The company will split both A and C stocks 20:1, so owners of GOOG and GOOGL will both have twenty times the number of shares after the split.

Alphabet also has class B shares, but these are restricted to owners of the company and are not publicly traded. They are splitting also, but the number of these shares only affects the small number of owners.

Has Google Stock Split Before?

Alphabet has split its stock only once before, when it effected a 1998:1000 split in 2014. Shortly after the split, Alphabet issued its first class C shares, issuing one C share for each A share held.

Many other tech companies, like Apple and Amazon, have split their stock multiple times in an effort to keep the price affordable.

Should You Buy Stock Before a Split?

Any decision you make — buy, hold or sell — is not likely to have a much different outcome if you make it just before or just after the split.

Since a stock split is announced prior to being executed, any post-split bump that the market expects is baked into the price by the time the split actually occurs.

And since the market capitalization — the number of shares outstanding times the share price, or the value of the company — remains the same before and after a split, there is usually only a small advantage, if any, to purchasing a particular stock just before a split.

What Do the Analysts Say About Google?

Split or no split, analysts like GOOG and GOOGL.

In May, 13 analysts followed GOOG, and of those, six rated it a strong buy and seven rated it a buy in May. Its recommendation rating was 1.5 on a scale from one, strong buy, to five, sell.

GOOGL has almost, but not quite, as much adulation from analysts. Fifty-three analysts follow GOOGL, and in May, 16 rated it a strong buy, 36 rated it a buy, and one said investors should hold the stock. This resulted in a recommendation rating of 1.7, slightly poorer than GOOG.

Others think there may be more downward momentum before the sector begins to move back up.

Is Amazon Splitting Its Stock?

Amazon (Nasdaq:AMZN) effected a 20:1 stock split on June 6, 2022, but the split didn’t have the results the company hoped for.

A stock split has little impact on the position of existing stockholders, except to hopefully entice new investors and drive the price up over time.

Any decision to buy, hold or sell Alphabet or any other stock should be made based on the fundamentals of the company overall, rather than on the prospect of a stock split.