Americans are the richest they have ever been, according to a new report from the Federal Reserve.

U.S. household net worth increased by 2.3 percent in the fourth quarter of 2016, hitting an all-time high of $92.8 trillion. The Fed attributed the new record to increased home prices and a year-end stock market rally of 8 percent following President Donald Trump’s election. The rally added $728 billion to Americans’ pockets, according the the report.

Read: Smart and Stable Stocks to Invest in During the Trump Administration

The value of American real estate, both household and non-profit, increased by $557 billion in the last quarter of 2016, the Fed stated.

The report failed to offer statistics on the distribution of wealth among American households.

Despite the gains, the Federal Reserve’s Quarterly Report of Household Debt and Credit found that U.S. household debt — including student loans, credit cards, mortgages and auto loans — hit $12.58 trillion in the fourth quarter of 2016. The record debt high is $12.68 trillion, which was set in 2008.

Next: 8 Reasons You Could Get Audited 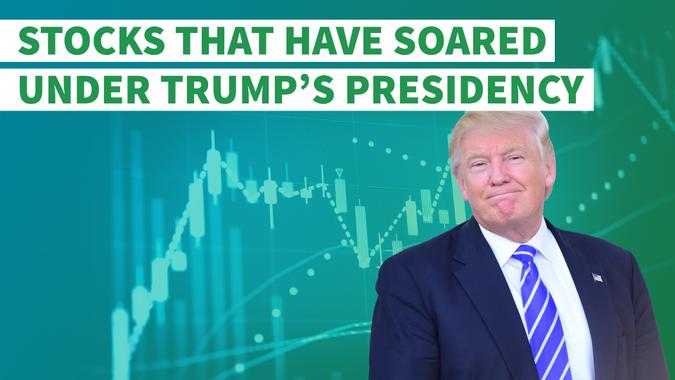 7 Stocks That Have Soared Under Trump’s Presidency

Learn about seven stocks that have been on the rise since Trump took office.