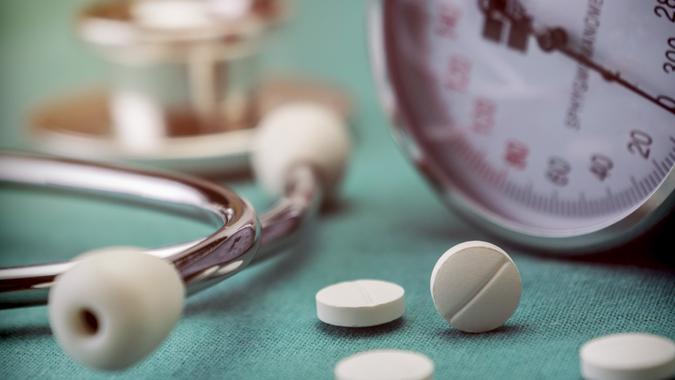 Nearly a week after Lupin Pharmaceuticals announced a voluntary recall of two types of blood pressure medications, the company continues to see its stock price slide (though the hit could have been a lot bigger).

On Oct. 14, the Food and Drug Administration announced that Lupin was voluntarily recalling batches of Irbesartan Tablets and Irbesartan and Hydrochlorothiazide Tablets after an analysis revealed that certain tested active pharmaceutical ingredient (API) batches were above the specification limit for a possible impurity called N-nitrosoirbesartan.

Lupin’s stock does not trade on any U.S. exchanges. The company is owned by India-based Lupin Ltd. Its U.S. operation is headquartered in Baltimore and also has offices in New Jersey, Pennsylvania and Florida. The fact that its stock trades halfway around the world might have something to do with the relatively small hit it has taken.

Related: WHO Touts New Malaria Vaccine as ‘Historic’ — Is It Worth an Investment?

The recall affects all of Lupin’s Irbesartan tablets (75 mg, 150 mg, and 300 mg), and Irbesartan and Hydrochlorothiazide tablets (150 mg/12.5 mg and 300 mg/12.5 mg), Fast Company reported. Both drugs are used to treat hypertension. The tablets were packaged in 30- and 90-count bottles in the U.S. and sold nationwide at drugstores, supermarkets and mail-in pharmacies.

The recall was issued under an “abundance of caution,” Lupin said in a statement. The potential impurity was found in some batches during the manufacturing process, but not in any finished batches. N-nitrosoirbesartan has been classified as a “probable” carcinogen in laboratory tests conducted by the FDA.

Explore: Target, Amazon & 4 More Retailers That Will Reward You for Turning in Your Old Stuff
Find: 27 Best Cheap Stocks To Buy Now

Retailers that stocked the affected bottles have been instructed to ship them back to the manufacturer, while patients are advised to keep taking the pills until they can contact their doctors to prescribe alternatives. There have been no adverse reactions linked to the recalled batches, Fast Company noted.