Over the years, Warren Buffett has earned his reputation as the Oracle of Omaha with a string of solid investments that have made him the third-richest person in the world — temporary setbacks like the recent Dow plunge that sent Buffett’s net worth plummeting notwithstanding. Apple, Wells Fargo, Coca-Cola and Delta Air Lines are just a few of his many noteworthy investments.

But can ordinary humans who aren’t exactly oracles follow in his footsteps? In the above video, Joel Anderson makes it clear that the answer is yes. Although it may appear that there is some ultra-classified secret to Buffett’s success, the Nebraska native is a simply a student of classic investing — which, as Anderson explains, can be boiled down to a few basic investing principles you can use with any amount of money.

Look for a Good Value

Yes, it really is that simple: Seek out a good stock at a good price. To do this, dig deep into a company’s assets and find out if its stock price is much lower than you anticipated, relative to its value. If so, then that might be an indication that it’s a good investment. And remember, to invest, you don’t need to throw a lot of money at a stock — just think about getting the biggest bang for your buck. Don’t be tempted to buy stock from a company just because it’s popular or doing well at the moment. To really invest like Warren Buffett, remember: this is a long game.

Slow and Steady Wins the Race

Seek out investments like ETFs (exchange-traded funds) and index funds that help build your wealth over time. Index funds are designed to “match the components of a market index,” and stick to a set of rules and standards that don’t change based on the markets. Now, this might not be the fastest or sexiest way to make money — but it won’t ever leave you high and dry, either. Invest in one of the best index funds to lay the foundation for great wealth in the long run — and avoid flashy investing schemes that eventually die out.

Look for Stocks With Dividends

You can make a lot of money fast with dividends, which are essentially cash payments from a company’s earnings or your share of the company’s profits. Because dividends offer steady returns, you have a chance to reinvest that money, resulting in exponential growth. 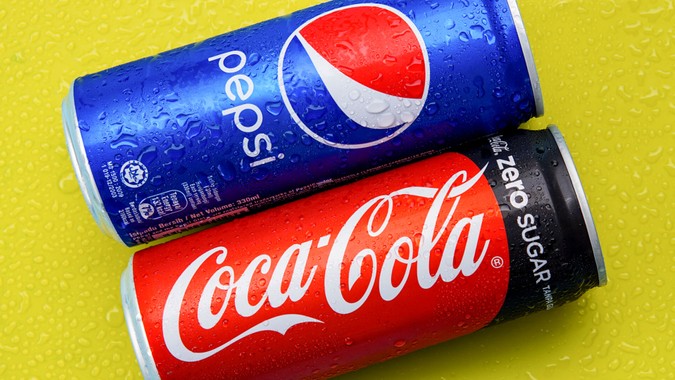 Coca-Cola vs. Pepsi: Coke Beat Earnings Expectations But Is Pepsi the

Find out which soda stock is the better investment.