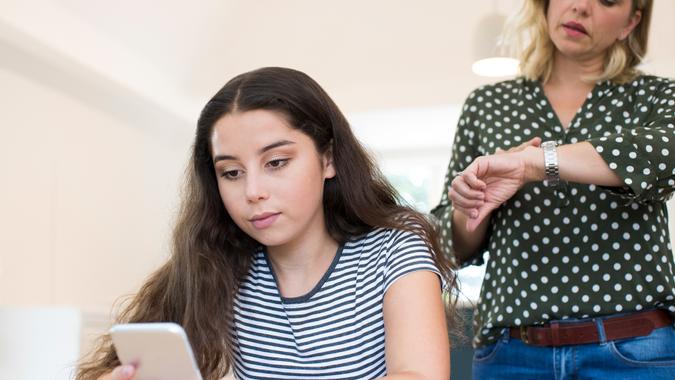 This week’s announcement that Instagram and Facebook parent Meta will roll out new tools to give parents and guardians more control over how their kids use social media doesn’t seem to have made much of a splash on Wall Street — yet.

See: How Much Can You Make as an Instagram Influencer? 2021 Top Earners
Find: Facebook Founder Mark Zuckerberg Loses About $30 Billion in Wealth After Meta Stock Crash, Though Musk Still Holds the Record for Single-Day Loss

The new feature, called Family Center, will first be deployed on Instagram, CNET reported. It will let parents view the amount of time their teens spend on Instagram and set limits on how long they can stay on the platform. Parents will also receive updates about accounts their kids follow as well as the accounts that follow their kids.

“This is just one step on a longer path — our vision for Family Center is to eventually allow parents and guardians to help their teens manage experiences across Meta technologies, all from one central place,” Adam Mosseri, Head of Instagram, wrote in a Mar. 16 blog post on the Facebook website.

Family Center will also include a new education hub where parents and guardians can access resources from experts and review articles, videos and tips on topics such as how to talk to teens about social media. Meta worked with groups like Connect Safely and Net Family News to develop the resources, the company said.

The release of more parental controls comes as Meta faces criticism for not doing enough to protect young people on its platforms. Much of the backlash came after Frances Haugen, a former Facebook product manager turned whistleblower, leaked internal documents in 2021.

The new control tools may appease worried parents — and probably annoy a lot of teens. How this all affects Meta’s stock price is uncertain. The company’s shares closed higher on Wednesday, March 16, the day of the announcement. The stock traded in a narrow range on the morning of March 17, moving up and down with the broader markets.

The main risk is that Instagram will lose users to rival TikTok — something that has become a growing worry for Meta investors. Meta’s stock is down about 40% so far in 2022. That’s partly because the overall stock markets are down as well. However, Meta’s performance is much worse than the major indexes — including the Nasdaq Composite, which is down about 15% for the year.

Meta’s biggest blow came on Feb. 3, when its stock price sank 26% on a disappointing forecast and concerns about rising competition. The company suffered a quarter-over-quarter decline in daily active users for the first time ever, Reuters reported, as rivals like TikTok continued to gain more market share.

Learn: The Worst Personal Finance Advice on TikTok (and Why It’s Wrong)
Explore: How Much Do TikTokers Make? Here’s 7 of the Highest-Earning TikTokers

Despite those problems, the vast majority of analysts seem to think Meta is undervalued. Of the 44 analysts listed on Yahoo Finance who cover Meta, 41 have either a “buy” or “strong buy” rating on the stock. The consensus rating is a “buy.”