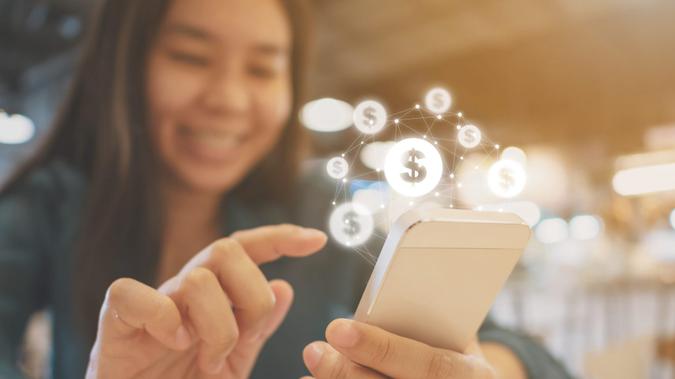 A slew of investing apps targeting teens is taking advantage of one of the most striking phenomena of 2020, the fact that retail investors became savvier and more self-educated during the pandemic. And they became younger.

Just last month, asset management behemoth Fidelity announced it was launching a brokerage account for 13-to 17-year- olds, enabling them to save, trade and invest with zero commission. The Fidelity Youth Account is the industry’s first brokerage account of its sort, according to the company. Parents and guardians can monitor the teen’s activity in the account, “fostering new learning opportunities and topics for discussion,” according to a statement.

Find Out: 13 Investing Rules You Should Break During the Pandemic
Read: 25 Money Experts Share the Best Way to Invest $1,000

And other apps are coming to the market. Start-ups including Greenlight Financial Technology, Stash, and M1 Finance are also seeking to attract young investors, according to Barron’s. Greenlight, for example, allows kids of any age to start trading- with parents’ approval. They can buy fractional shares, start investing with as little as $1 with no trading fees.

“Parents approve every trade, right from the app,” the company says on its website.

CEO Tim Sheehan tells Barron’s that “we wanted kids to do the research and propose an investment, and the parent then approves or declines it,” adding that the subscription-based model has attracted three million accounts. However, some experts argue that the increased gamification of trading might be detrimental to teens. “Formative experiences in the market could backfire, leading to more risk-taking later in life, or the opposite: fear and risk aversion,” according to Barron’s.

According to a recent Wells Fargo survey, while 57% of teens say they learned about handling finances from their parents, 35% say they learn from social media. And the survey notes also that 45% of teens said they were more interested in investing this year because of the GameStop social media situation.

Discover: The Complete Guide to ETFs
Learn: Why It’s Never a Bad Idea To Invest In Apple and These Other Companies

When it comes to cryptocurrency, many parents admit that their teens are quite knowledgeable, with 50% saying their teen knows more about Bitcoin than they do, according to the survey.

“Social media has a profound influence on our younger generations. Those generations grew up with social media and often trust many of the platforms more than their parents do,” Mariana Martinez, family dynamics consultant with Wells Fargo’s Wealth & Investment Management group, said in a statement. “It is vital to establish solid and open communication, create a shared purpose, and educate our children so that they are prepared for financial independence.”