15 Investments That Make You Feel Good While You Make Money 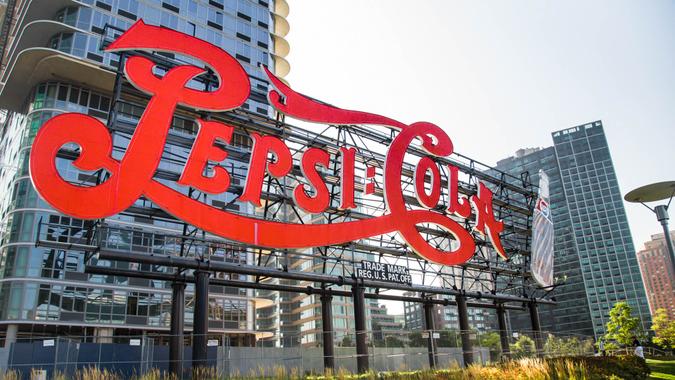 Publicly traded companies have an obligation to do whatever they can to generate profits for investors, but that doesn’t mean they are all solely focused on money. Some companies also make it a priority to operate both ethically and humanely. To help identify these socially responsible companies, Ethisphere International publishes an annual list of the world’s most ethical companies. What might be most surprising about the list is the performance of its member stocks.

According to Ethisphere, the companies on the 2021 world’s most ethical companies list outperformed the large-cap sector by 7% over a five-year period on Wall Street, proving that sustainable investing can be profitable.

International conglomerate 3M views its Code of Conduct as not just a representation of its values but a competitive advantage as well.

In the words of Michael Duran, 3M vice president and chief ethics and compliance officer, “Acting with unwavering integrity is a critical component of 3M’s culture and guides how 3M does business. … In these challenging times, I am especially proud of the more than 90,000 3Mers who every day live 3M values and protect our reputation.”

Originally known as Minnesota Mining and Manufacturing Company, 3M now provides a number of well-known products, from Post-it notes to Scotch tape. Over its long history, the company’s stock has performed well.

Aflac is a major insurance company known for its ads featuring a talking duck. The company’s core mission, however, is anything but silly. Aflac takes claims-paying and ethical behavior seriously, often paying customer claims in a single day. The company believes that acting ethically and responsibly is an important part of its business and is the only insurance company to make Ethisphere’s list every year since 2007, including 2021.

Consumer electronics retailer Best Buy has had a tumultuous history. The threat of competition from the likes of Amazon and other online retailers drove Best Buy’s stock below $12 in 2012 before it executed an amazing turnaround that pushed it to new highs in 2021. A focus on customers, relationships and competitive prices helped restore the company to the position of a thriving retailer.

In 2021, Best Buy made Ethisphere’s list of most ethical companies for the seventh time.

Colgate-Palmolive is a leading global consumer products brand. In addition to its namesake Colgate and Palmolive brands, the company is also the name behind Ajax, Irish Spring, Speed Stick and numerous other products.

The company’s  sustainability efforts extend beyond its code of ethics. Colgate-Palmolive has an ethics phone line employees can call to get advice or ask questions about potential violations of the company’s policies. It also operates a sustainability website, outlining its progress in three key areas: people, performance and planet.

Analysts have an average rating of “hold” on Colgate-Palmolive’s stock with a consensus price target of $86.40.

Kimberly-Clark is another consumer products company and a rival of fellow list-mate Colgate-Palmolive. Like its competitor, Kimberly-Clark has a well-defined ethical approach to its business. In 2017 alone, the maker of Huggies, Kleenex, Scott and other leading brands conducted 238 social compliance audits across its supply chain, seeking to ensure it adheres to its founders’ core values of quality, service and fair dealing. Its board of directors includes a majority of independent members and makes minority representation a priority.

The stock has moved in fits and starts over the years but has been a huge winner for shareholders over the long run. Analysts have a consensus “hold” rating on the stock, with an average price target of $140.49.

Microsoft needs little introduction as a company, considering it has a $2.311 trillion market value and is in a daily battle with Apple for the title of most valuable company in the world. The software giant is well-known for the charitable work of the founder, former CEO. Microsoft also has placed on Ethisphere’s list of most ethical companies 10 years in a row.

Beyond that, the company received countless other ethics awards, including a 100% rating from the Human Rights Campaign’s Corporate Equality Index, which ranks LGBTQ equality, and a first-place ranking on Just Capital’s list of the 33 best companies for workers by industry.

PepsiCo has a beautiful mountain-shaped stock chart over the long term and its shares currently lie near their all-time high. Analysts still see the stock continuing to climb, with a consensus price target of $175.76.

One reason for the company’s success is its willingness to diversify away from its core product, Pepsi-Cola. PepsiCo is now one of the world’s leading providers of food and beverages, with brands ranging from Quaker and Gatorade to Frito-Lay and Tropicana.

In terms of sustainability, diversity and engagement, PepsiCo has earned numerous awards, including the following:

Analysts have a “buy” rating on PepsiCo stock, with an average price target of $175.76.

Salesforce is much loved on Wall Street, with analysts slapping an average “buy” rating on the stock and a $322.63 consensus price target. Although the stock has performed well, many investors still don’t really understand what Salesforce does: Bring customers and companies together through customer relationship management solutions.

On the ethical front, Salesforce hired Paula Goldman as its first-ever chief ethical and humane use officer in 2019 to focus on the ethical use of technology to uphold the human rights of all individuals.

U.S. Bank, a subsidiary of U.S. Bancorp, is the fifth-largest commercial bank in the United States, with more than $567 billion in assets as of September 2021. In 2021, U.S. Bank was named to the Ethisphere’s world’s most ethical list for the seventh year in a row. Chairman, president and CEO Andy Cecere takes the honor seriously, noting in a press release that “Our most important job is to earn and keep our customers’ trust, and we work hard at that every day.”

Since 2008, the bank has invested more than $39 billion in environmentally beneficial business opportunities.  U.S. Bank also has committed to reducing its operational greenhouse gas emissions by 40% by 2029 and 60% by 2044, using 2014 as a baseline.

Weyerhaeuser is one of the largest private landholders in the U.S., and it has used that land for more than a century, primarily to produce wood products.

Weyerhaeuser has placed on the Ethisphere list 12 times. The company frequently updates and improves its code of ethics, which focuses on areas such as conflicts of interest, antitrust and competition laws, international business conduct, human rights, preventing harassment and discrimination, and health and safety.

Weyerhaeuser’s stock took a big hit along with the rest of the stock market in early 2020 but has recovered nicely since then.

Eaton Corporation was named to the Ethisphere list of most ethical companies for the 10th consecutive year in 2021. The company is one of only eight such honorees in the Industrial Manufacturing category. The power management company provides sustainable solutions to move electrical, hydraulic and mechanical power more safely, efficiently and reliably.

Eaton’s stock price has roughly doubled since the market as a whole took a beating in early 2020, and it now trades near its all-time high. Analysts have a consensus “hold” rating on the company, with an average price target of $185.85.

Beyond Meat was one of the most noteworthy IPOs of 2019, skyrocketing from an initial offering price of $25 to a high of $72.75 before closing at $65.75, a gain of 163%. Initial shareholders have about doubled their investments, though they might be weary of the extreme swings.

One reason for the excitement around the stock is that its main products are plant-based alternatives to meats. Supporters claim the company will revolutionize how people eat, with the shift toward a plant-based diet also helping to reduce ancillary problems such as climate change. In terms of ethics, the Harvard T.H. Chan School of Public Health found that plant-based burgers are good for the planet from an environmental standpoint. However, the verdict is still out on whether a meatless diet is good for your health.

Tesla has always been a controversial stock, thanks mostly to the antics of its outspoken CEO, Elon Musk. However, many say that a touch of craziness is as much a part of genius as anything — and Musk is certainly a visionary if nothing else. But Tesla stock in 2021 was particularly volatile, and 2022 is starting out that way as well. Tesla stock soared from $793.53 on Jan. 1, 2021 to an all-time of $1,243.49 on Nov. 21, 2021 — and has fallen nearly 32% since then.

In terms of trying to be an ethical company and advancing the human race, Tesla has made some extraordinary gestures. In 2014, for example, Musk announced that he was no longer protecting Tesla patents on electric vehicle technology, making them open-source and available to any interested parties.

In making this announcement, he said Tesla “was created to accelerate the advent of sustainable transport. If we clear a path to the creation of compelling electric vehicles, but then lay intellectual property landmines behind us to inhibit others, we are acting in a manner contrary to that goal. Tesla will not initiate patent lawsuits against anyone who, in good faith, wants to use our technology.”

It’s not often that you’ll find a company that will open up all its secrets to others in defense of the common good.

Ecolab has been on Ethisphere’s most ethical list since its inception in 2007, marking 15 consecutive years of receiving the honor. The company continues to receive this honor due to its focus on a wide range of ethical, humane and environmental issues. In addition to the Ethisphere awards, Ecolab has received various other awards in the following areas:

Ecolab keeps striving to improve in the future, setting sustainability goals of halving its carbon emissions by 2030 and reducing them to net-zero by 2050.

The stock has a consensus “hold” rating and an average analyst price target of $221.22.

International Paper is considered a cyclical stock. When the economy is booming, IP shares tend to trade up, and when the economy retracts, the stock price typically suffers. For now, analysts have an average “buy” rating and a price target of $53.08.

From an ethical standpoint, International Paper is a standout, having appeared on Ethisphere’s list for 15 straight years. As the world’s largest user of wood fiber, the company is motivated both economically and ethically to protect the forests. In IP’s “Vision 2030” sustainability plan, the company announced it will reduce its greenhouse emissions by 35% and its water use by 25%. The company also fosters an inclusive workforce by envisioning a 30% overall representation of women, with 50% of salaried positions held by women. IP has is also implementing regional diversity plans, which will include a 30% representation of minorities in U.S. salaried positions.