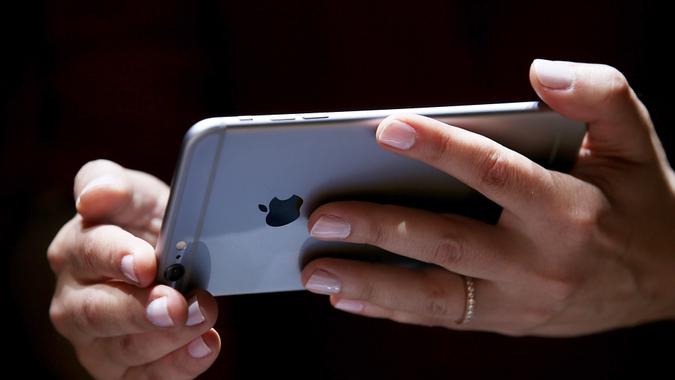 With growing doubts about the pace of economic growth and a post-pandemic boom, investors are increasingly turning to large cap tech stocks to hedge against inflation and possible economic downturns.

Read More: As Americans Prepare for Higher Inflation, Food and Gas Prices May Soon Fall
Economy Explained: Inflation’s Ups and Downs: How It Impacts Your Wallet

Bloomberg reports that resurgent doubt regarding the strength of the economic recovery post-COVID has traders shifting back into the tech behemoths “whose dominance of high-growth industries leaves them poised to keep sales and profits rising even if the economy slows down.”

Many companies cannot afford to pass the higher costs they experience through inflation onto the consumer — except for tech. In an inflationary period, Apple for example, will experience higher costs for goods as the rest of the economy does. While other companies might lose customers when they raise prices, the “brand sells and those costs can be assumed by its customers,” Mad Money host Jim Cramer said.

Apple and Amazon have led to resurgence in mega cap tech, Bloomberg says. Apple got a boost from JP Morgan this week, which recommended Apple as a buy due to the excitement around the company’s next iPhone which will build in the second half of the year. After the announcement, Apple’s shares rose 3.7%, hitting its first record in five months, Bloomberg added.

Cloud, search and online commerce are areas from which big tech companies receive a large chunk of their revenue, and services needed through both recessions and economic booms. Their potential to offer revenue streams even in the face of potential economic slowdown means that large cap tech stocks like Apple, Amazon, Facebook and Google can be useful stocks to buy and hold in the event of prolonged inflation and decreasing stock values.

See: How to Defeat Inflation’s Sneaky Twin – Shrinkflation
Economy Explained: Do You Know the Differences Between the Stock Exchanges?

Cramer also added that a stock like PepsiCo is an exception to the rule in consumer packaged goods stocks. The company will be burdened with higher costs, but it can pass it on to consumers in the form of higher prices for drinks, chips and other products.