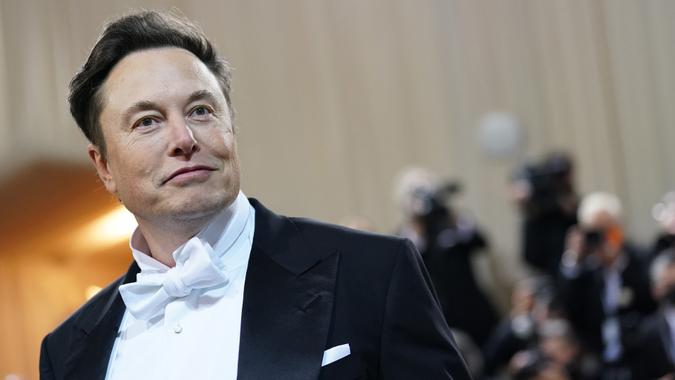 Will Elon Musk have to ban Elon Musk from Twitter when he finally takes over the social media platform? Probably not, but the Tesla CEO is in hot water over a tweet he made four years ago.

A U.S. judge ruled that Musk — who announced plans to buy Twitter last month — acted “recklessly” when he tweeted in 2018 that funding had been secured that could take Tesla private, Reuters reported.

San Francisco-based U.S. District Judge Edward Chen said there was “nothing concrete” about Musk’s suggestions that financing had been arranged from Saudi Arabia’s sovereign wealth fund.

Chen’s pre-trial decision bolstered the case for investors who allege in a lawsuit that Musk, the world’s richest person, inflated Tesla’s stock price by making false and misleading statements. Chen granted investors summary judgment on the issue of whether Musk knowingly made false statements. However, he declined to grant them summary judgment on the question of whether these statements affected Tesla’s share price.

Musk did meet with representatives from Saudi Arabia’s Public Investment Fund in 2018 to talk about taking Tesla private. However, Chen found no evidence of anything concrete coming from those talks.

“Rather, discussions between Tesla and the PIF were clearly at the preliminary stage,” Chen wrote. “No reasonable jury could find that Mr. Musk did not act recklessly given his clear knowledge of the discussions.”

The summary judgment was made on April 1 but was sealed for more than a month before being made available to the public earlier this week.

This is not the first legal quagmire Musk has found himself in concerning social media. Two weeks ago, a federal judge in New York denied a request by Musk to end a 2018 agreement he signed with securities regulators. Under that agreement, Musk is required to run his social media posts by a company lawyer if the statements contain material information about Tesla, The New York Times reported.

Musk has said the agreement infringes on his right to freedom of speech and has been used by the Securities and Exchange Commission as an excuse to launch “endless” investigations into his public statements.

POLL: Do You Think the Fed Raising Rates Will Help or Hurt the Economy?
Discover:Tesla Misses Proxy Filing Deadline, Shareholders Wait for News on Stock Split

But in a ruling issued in late April, Judge Lewis J. Liman of the U.S. District Court for the Southern District of New York wrote that “none of [Musk’s] arguments hold water.”