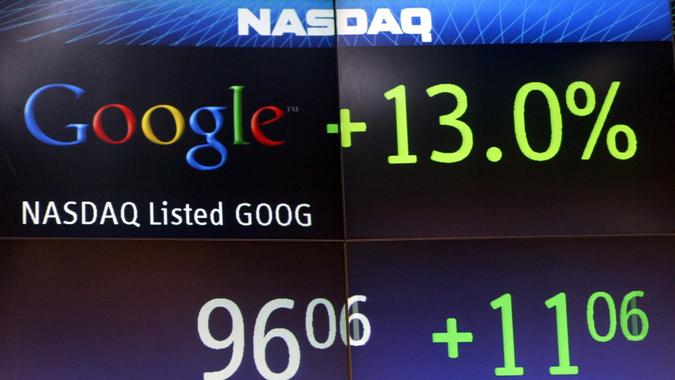 The Nasdaq Composite, a collection of stocks consisting mainly of big tech, rebounded on Tuesday after major sell-offs on Monday that included Tesla (TSLA) stock, which dipped to under $600. Nasdaq gained more than 3% Tuesday, with Tesla, Apple (APPL), Amazon (AMZN), Facebook (FB) and Microsoft (MSFT) all seeing gains of 2.4% to 7.2%, the New York Post reports. Gaining 399 points, Nasdaq now sits at 13,0073.71 as the market gets set to open Wednesday.

U.S. bond yields began a retreat Tuesday, dipping to 1.54% after reaching 13-month highs of 1.613%, according to the Post. Yield rates and high-growth stocks like those in the tech sector often affect each other, as investors sell off stocks to take advantage of high-yield Treasury bonds.

“Tech stocks are overdue for some kind of bounce after the downfall they have had so far with most investor[s] maintaining a positive outlook (on them) in the medium to longer term,” said Michael Sheldon, chief investment officer of Westport, Connecticut’s RDM Financial, in the Post.

See: What Is a 10-Year Treasury Note and How Does It Work?
Find: Tech Stocks That Are Worth the Investment Right Now

The Dow closed Tuesday at 31,832, according to Nasdaq, but gained in overnight trading, creeping up toward record highs once again. The S&P 500, which includes Tesla, gained 1.42%, more than 54 points, Nasdaq reports.