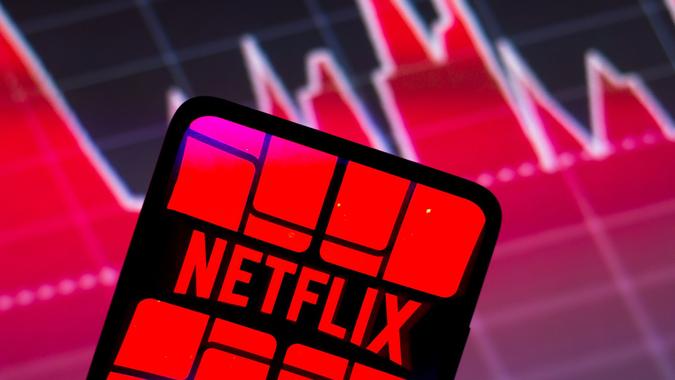 Netflix investors have filed a class-action lawsuit accusing the streaming giant of securities fraud by making false and misleading statements regarding declining subscriber growth since October 2021.

2022 Stimulus Checks: Is Your State Giving Out Money This Year?
Find Out: 10 Reasons You Should Claim Social Security Early

According to the claim, Netflix wronged shareholders by “exhibiting slower [customer] acquisition growth due to, among other things, account sharing by customers and increased competition from other streaming services.”

Netflix previously blamed increased competition and password sharing — and inflation and the ongoing Russian invasion of Ukraine — for its stagnant subscriber growth, as shares fell 25% after the company announced it has lost 200,000 subscribers in the first quarter, despite originally predicting about 2.5 million net subscriber additions. It has already forecasted a decline of another two million subscribers for the second quarter of 2022.

On April 19, Netflix announced these weaker-than-expected subscription numbers, then saw its stock fall 35% (its biggest one-day drop) and shed $54 billion in market capitalization. In January, its stock fell 22% after 2021 fourth-quarter subscriber increases came up short and the company forecasted slower growth.

The lawsuit contends that in willfully misleading shareholders regarding net subscriber losses and false statements about the nature of the company’s “business, operations, and prospects,” Netflix financially damaged the company and its investors’ company stakes.

This is a troubling time for Netflix. Its success and current financial troubles rest on its massive market penetration. With competition nipping at its heels and its captive pandemic audience disappearing, perhaps it was inevitable that Netflix would take a consumer engagement hit.

The lawsuit is seeking unspecified monetary damages on behalf of investors who owned Netflix shares between October 19, 2021, and April 19, 2022, including “compensatory damages in favor of Plaintiff and the other Class members against all defendants, jointly and severally, for all damages sustained as a result of Defendants’ wrongdoing, in an amount to be proven at trial, including interest thereon.”

The lead plaintiff in the lawsuit is Imperium Irrevocable Trust trustee and Netflix stakeholder Fiyyaz Pirani and the firm representing the plaintiffs is Glancy Prongay & Murray, a specialist in class-action lawsuits involving securities fraud claims. The lawsuit names as defendants Netflix as well as co-CEOs Reed Hastings and Ted Sarandos and CFO Spencer Neumann. Netflix has yet to comment on the lawsuit.

This is the second class-action lawsuit to be filed against the streaming giant in less than a month. In April, a Russian law firm launched a 60 million ruble ($726,000) lawsuit against Netflix in support of its less than one million subscribers, citing that Netflix’s refusal to provide services in Russia was a violation of its users’ rights. Netflix stopped serving the Russian market in March in response to Russia’s invasion, suspending both streaming and production activities in the country.

POLL: Does April’s Stock Market Dip Concern You?
Discover: Baby Boomers Could be the Answer to Netflix Subscription Woes – Here’s Why

If you suffered a loss on your Netflix investments or would like to inquire about potentially pursuing claims to recover your loss under the federal securities laws, you can submit your contact information at https://www.glancylaw.com/cases/netflix-inc-1/