Predicting the stock market is no easy task. “Buy low” is great advice, but how do you know if a low stock won’t go lower? Nevertheless, for investors looking to buy low, oil stocks are beckoning, with prices at their lowest level since the 1990s.

Before examining the underpinnings of why oil stocks are likely to be the best investment this year, it’s important to review a few basic investing concepts.

The fundamentals of investing recommend looking for companies or industries that are selling low and are likely to go up. Unlike corporations — whose growth is driven by increasing corporate profits — commodities, such as oil and natural resources, are driven by other factors. Commodity prices are largely driven by supply and demand. If there is excess supply, prices will fall, and when supply tightens and more consumers are chasing a smaller availability of the commodity, prices tend to rise.

Read: 10 Coolest Stocks to Invest In

In the past few years, U.S. domestic oil production has nearly doubled, according to The New York Times. That’s great for consumers — as gasoline prices continue to fall, that means more money in your pockets and less into your tank. This is not great news for oil producers.

The impact of excess oil supply is far-reaching. Saudi Arabia, Nigeria and Algeria are losing customers in the U.S. oil markets, and they’re actively seeking additional revenue in Asia and other parts of the world, according to The New York Times. Other oil producers are continuing to fight for customers as well, including Russia, Canada and Iraq.

As oil supplies increase, the oil sellers are forced to lower their prices. When the oil suppliers drop their prices, their profits decline — along with their stock prices.

With declining demand, companies that previously made great profits are forced to cut exploration and production, shutting down more than 65 percent of their oil production rigs. This has led to many corporate bankruptcies and the loss of jobs for 250,000 workers. While consumers are enjoying record low gas prices, oil stock prices have plummeted.

6 Reasons Why Oil Might Be the Best Investment of 2016

If you lacked any additional information other than the fact that the oil industry is known for its boom and bust cycles, you might consider investing in oil stocks during this period of cheap oil stock prices. Unless there is a fundamental decline in the demand for oil, this year might be a record opportunity to benefit from a rebound in oil stock prices, potentially making oil stocks the best investment in 2016.

The decade-low oil prices have knocked competitors out of the field, leaving fewer market participants selling oil. Furthermore, lower oil prices are leading to declining oil exploration. Wood MacKenzie consulting firm found 68 large oil and natural gas projects across the globe that are in limbo. These projects have a value of $380 billion. Additionally, the suspended projects cut oil production by 2.9 million barrels a day.

More dwindling oil supplies are reported by RBC Capital markets. This research tallies that an additional 500,000 barrels of oil per day were either cancelled or delayed by OPEC countries last year. The study suggested that this year will continue the trend of lowering oil production. The declining supply of oil is likely to cause an increase in the price of oil — and subsequently oil stocks — this year.

2. The Pros Are Betting on Oil This Year

Shailesh Kumar of the Value Stock Guide, a value investment advice service for high-net-worth clients, recently took a position in the oil industry stocks. He discussed recent research from the International Energy Agency Oil Market Report, which stated that oil demand is expected to peak at 96.5 barrels per day during the second half of 2016.

With the current supply at approximately 97 million barrels per day, supply and demand will be approaching market equilibrium, which should put upward pressure on current prices.

3. OPEC Countries Are Feeling the Pain of Low Oil Prices

Russia, along with OPEC members Saudi Arabia, Venezuela and Qatar, announced a plan to freeze oil production at current levels this year, according to The New York Times. “Even a small reduction in production can deplete the oil inventory very rapidly so the prices can ramp up very quickly if an agreement to cut production is reached,” said Shailesh.

This should lead to more inactive rigs, lower supply, decreasing oil inventories and finally higher oil prices. As the oil prices go up, so will oil stocks.

5. Demand for Gasoline Is Growing

Demand for gasoline continues to rise. This month demand is up 10.5 percent over the same period last year, according to energy expert Jay Hatfield, co-founder and president of InfraCap, the company behind AMZA, an energy master limited partnership (MLP).

He continues to forecast gasoline demand to increase over 700,000 barrels per day. This growing demand, combined with declining U.S. oil production is likely to lead to increased profits and higher oil stock prices.

The U.S. recently lifted a 40-year ban on U.S. crude exports, according to The Wall Street Journal. If all goes as planned, this opportunity could eventually grow the demand for U.S. oil and further boost oil stock prices. If U.S. producers broaden their customer base, there’s a strong likelihood of higher profits leading to increased oil stock performance.

Read more: 20 Things to Do in a Falling Stock Market 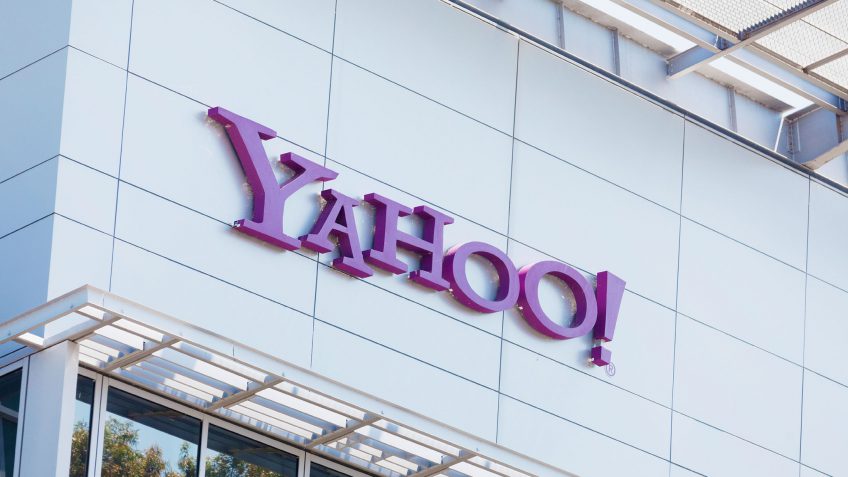 The Top Bidders in Yahoo’s Sale, From Verizon to YP Holdings

See how much Yahoo CEO Marissa Mayer could earn in the sale.